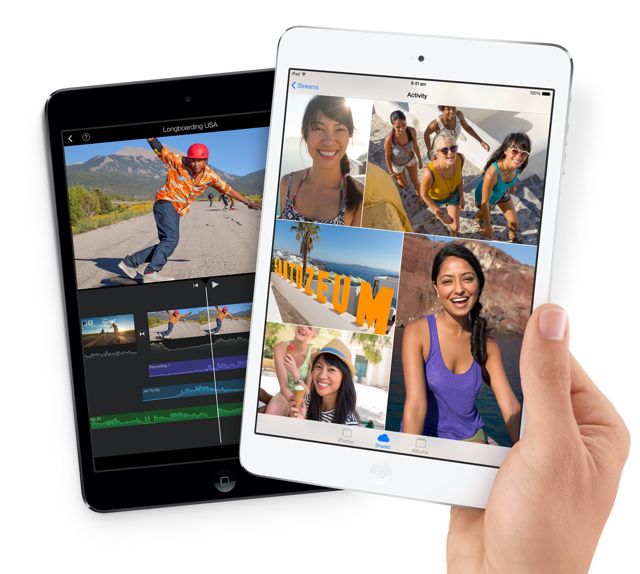 Apple has updated the second-generation iPad Mini and included a Retina Display to the device along with a faster processor.

The iPad Mini has been a hit since it was launched a year ago but Apple has taken it to the next step with the introduction of a new model which will include the high resolution Retina Display.

iPad Mini, which will go on sale in late November, now includes the faster A7 64-bit processor aboard the iPad Air and the iPhone 5 which offers greater speed without compromising the battery life.

Also included with the new iPad Mini is a FaceTime HD camera for even better quality video calls and the 5-megapixel rear iSight camera.

The original iPad Mini will still be available but with only 16GB capacity once the iPad Mini with Retina Display is introduced.

Rumour round up ahead of Apple’s iPad event