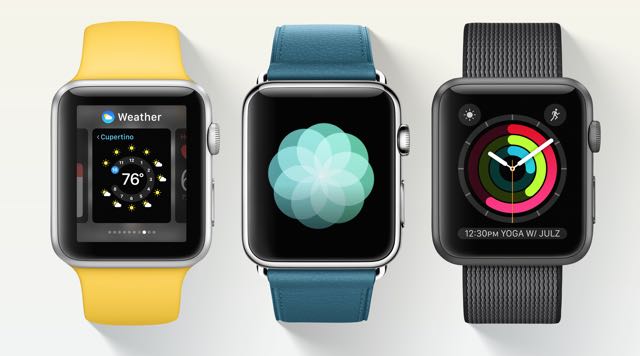 The Apple Watch will have a significant update thanks to the release of its new watchOS 3 software that will add new features, improved navigation and also open apps a lot faster.

One of the things users have noticed was the time it took to launch an app on the Apple Watch but now with watchOS3 that launch has has been sped up by seven times.

Now your favourite apps will rest inside a newly created Dock which users can navigate by swiping the screen.

Each of these apps is running in the background so the most up-to-date information is displayed when you need it.

Another addition to watchOS3, unveiled during Apple’s Worldwide Developers Conference in San Francisco, is Control Centre like that seen on the iPhone.

Messaging had also been improved with Apple Watch.

With the screen too small to fit in a keyboard, Apple Watch will now have a feature called Scribble which enables users to write on the screen a letter at a time that is converted into text in real time.

There will also be more watch faces for Apple Watch including Minnie Mouse to join Mickey Mouse.

Users will also find an Activity face to see your health circles and a simpler watch face called Numerals which show just the hour as well as the two watch hands.

From the Activity watch face, Apple Watch owners have a shortcut to the workout app.

It will also also be possible to set up multiple watch faces for Apple Watch and swipe between them to suit the occasion or your activity.

Speaking of activities, it’s also possible to share your activity circles with your friends and also message from the app with encouragement or a bit of trash talk.

Now while Apple Watch has been good at telling us to stand up every hour, there’s now a new Breathe app that will remind us to take time out for some deep breathing which is a good way to calm down and destress.

Apple Watch has also added a serious feature called SOS for users who need to call for help in the event of a safety issue or medical emergency.

It can be activated with a long press of side button which will automatically called the emergency number based on where you are.

Apple Watch’s new watchOS 3 will be available in spring.

tvOS for Apple TV has also had an update which included the ability to search YouTube with your voice through Siri.

Apple will also release a new Remote app for the iPhone so you can control Apple TV with and also use it to type in text.

There will also be a dark mode when viewing the Apple TV interface in a dark room or in a home theatre which makes the background black instead of the bright white.