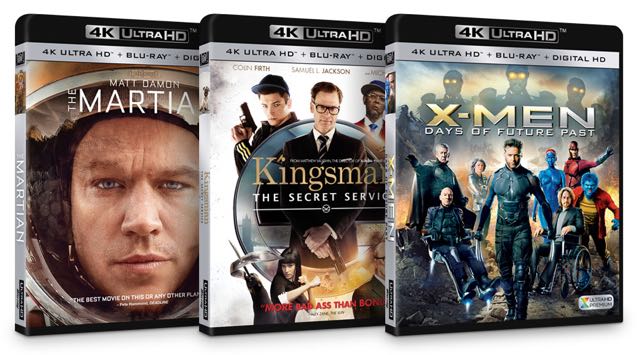 4K Ultra HD Blu-ray movies are already in store – but how much do they cost?

The first 4K Ultra HD Blu-ray Discs are now in store with JB Hi-Fi among the first stores to display the opening wave of titles. But how much can you expect to pay for these movies with four times the resolution of Blu-ray?

Recommended retail pricing for movies on Blu-ray Disc and DVD is usually determined by individual studios and the same will apply for 4K Ultra HD discs. 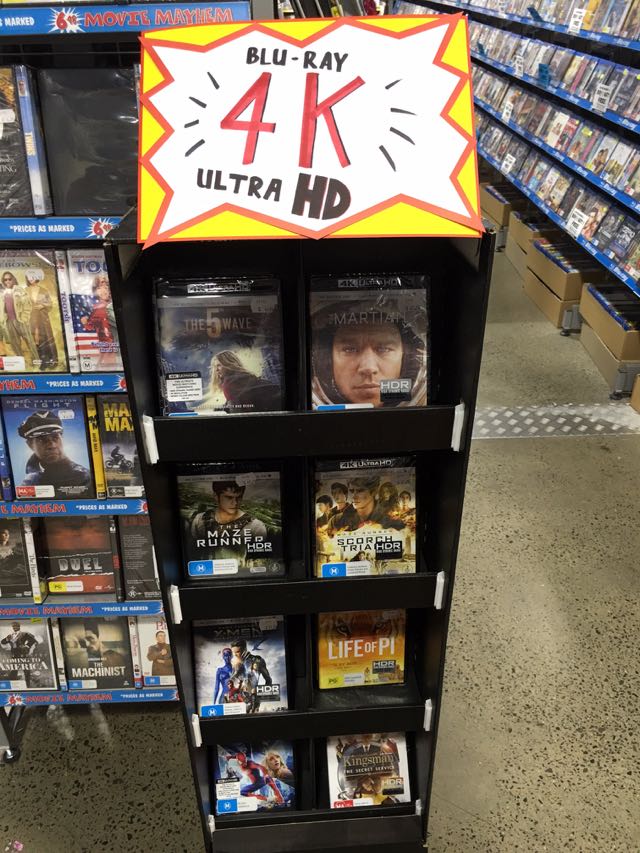 Each 4K Ultra HD title includes not only the 4K Ultra HD disc but also the Blu-ray version of the film inside as well along with a digital copy.

The special features are all included on the Blu-ray Disc because there would be no room on the 4K disc. 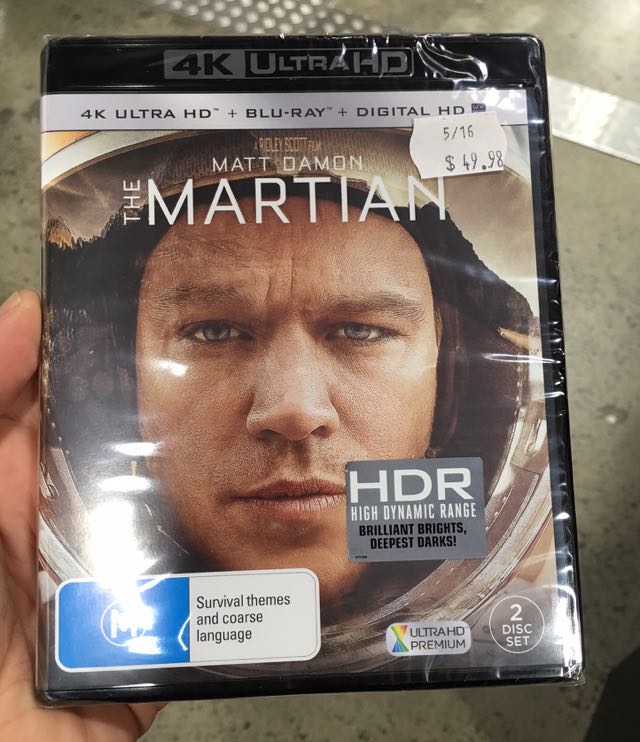 You have to remember the 4K version of the film has four times the resolution of Blu-ray so is a much larger file to fit on a single disc.

There were only Sony and 20th Century Fox movies for sale on 4K Ultra HD so far at JB Hi-Fi this week. 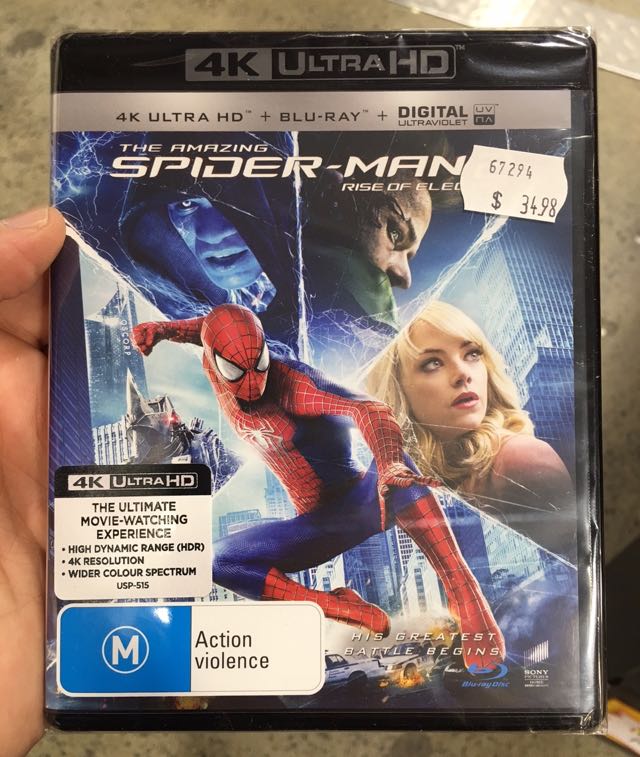 All of Fox’s 4K Ultra were priced at $49.98 and these included recently released films The Martian, The Maze Runner, The Maze Runner: Scorch Trials, X-Men: Days of Future Past, Life of Pi and The Kingsman.

Next week from Fox we’ll see The Revenant (May 18) and the following week Deadpool (May 25). 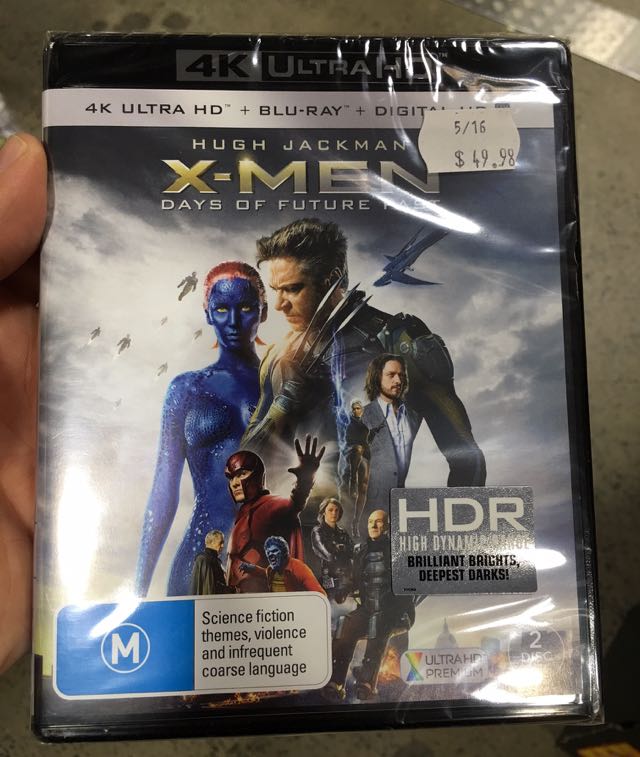 Samsung has already released its 4K Ultra HD Blu-ray player which is priced at $599. 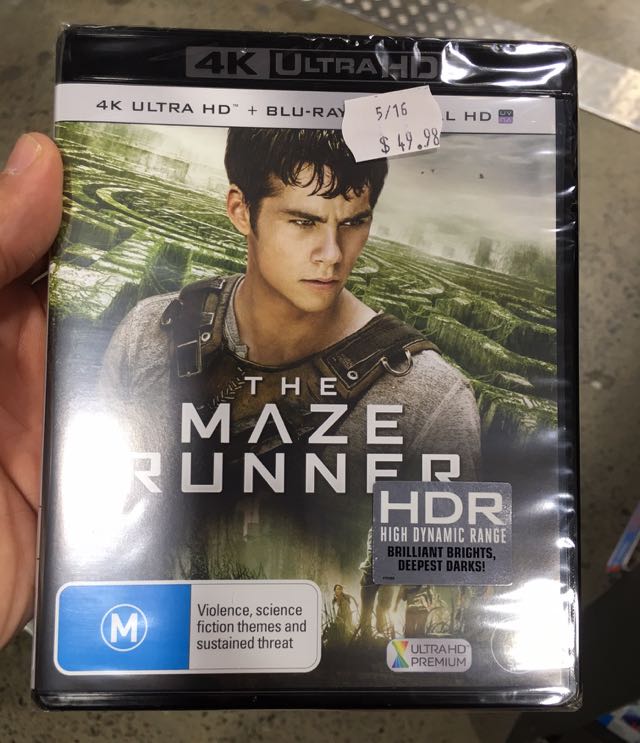 The player is backwards compatible which means it will play your older movies on Blu-ray Disc and DVD as well as your music CDs.

And 4K Ultra HD discs, unlike Blu-ray and DVDs, will have no region codes. 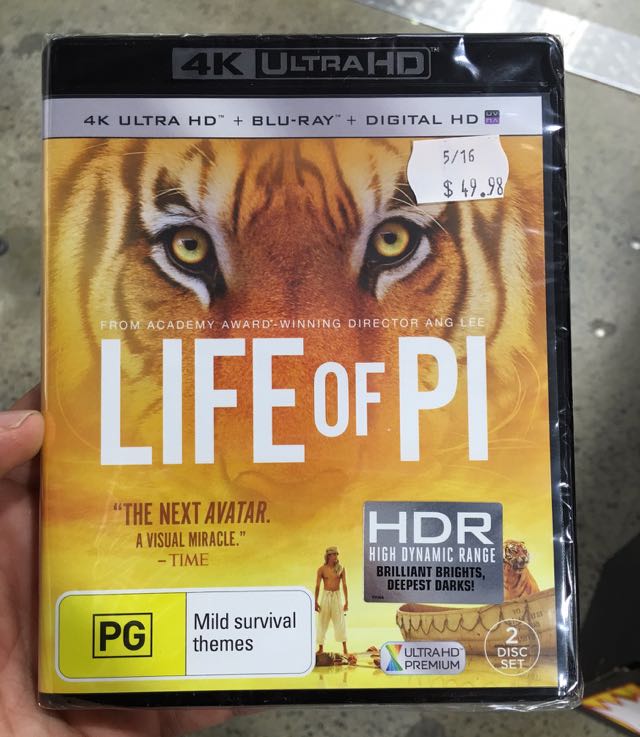 This means you can purchase movies on 4K Ultra HD disc anywhere in the world and they will work with Australian 4K Ultra HD Blu-ray players.