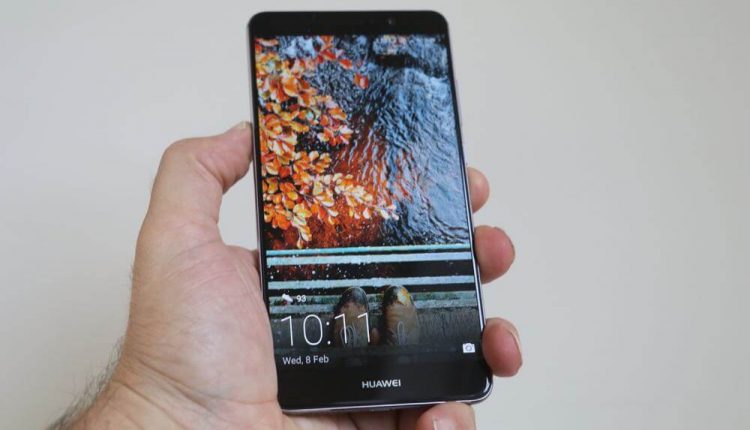 Huawei is starting to loom large in the worldwide smartphone market behind giants Samsung and Apple and new products like the new Mate 9 is helping attract new customers to the brand.

Its impressive growth last year came after the release of products like the P9 and the Mate 8.

Huawei’s latest offering, the Mate 9, is available now and continues the tradition of delivering style, features and performance.

The Huawei Mate 9 has a 5.9-inch full high definition screen yet it doesn’t feel like a big phone thanks to the super thin bezels on either side of the display.

It’s about the same size as the iPhone 7 Plus which has a smaller 5.5-inch screen. 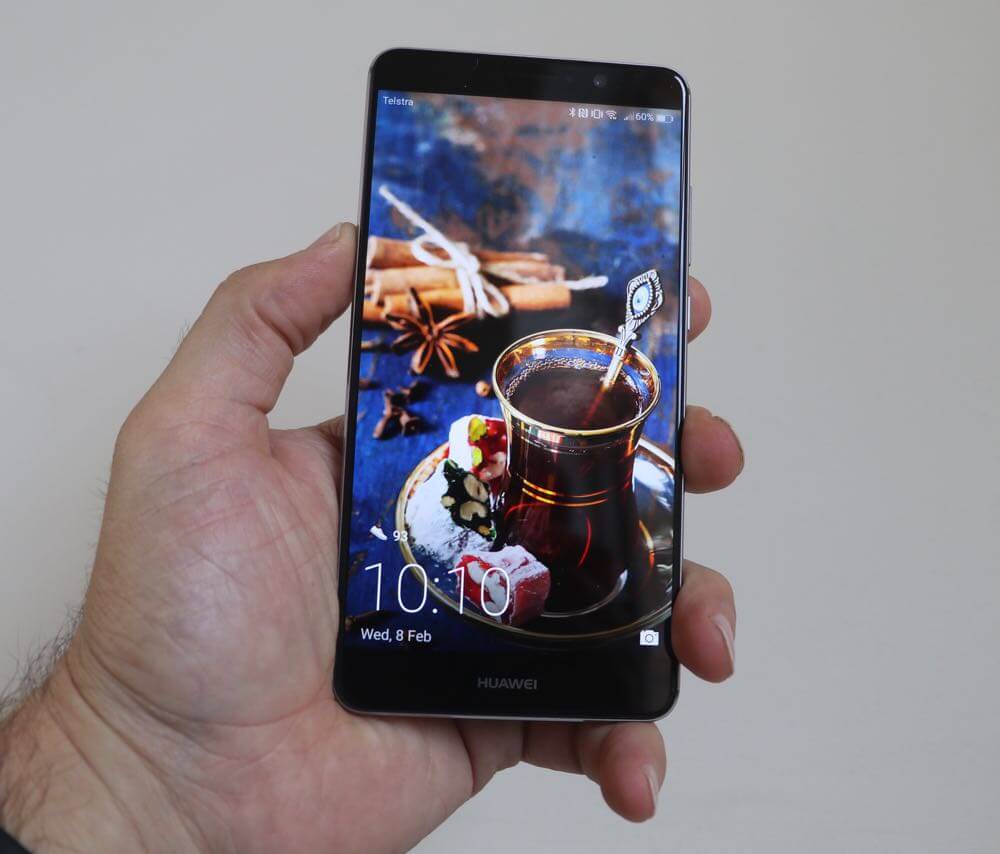 The Mate 9 has a sleek design with a high precision milled unibody metal frame that’s just 7.9mm thick and tipping the scales at 190g.

And the rear panel has a gentle curve so it rests nicely in your hand. This is also where you find the dual lens camera and the fingerprint reader.

The Mate 9 is powered by Huawei’s own silicon – the Kirin 960 octa-core processor with 4GB RAM and 64GB onboard memory. There’s an expandable memory slot that’s in the same tray as the SIM card. 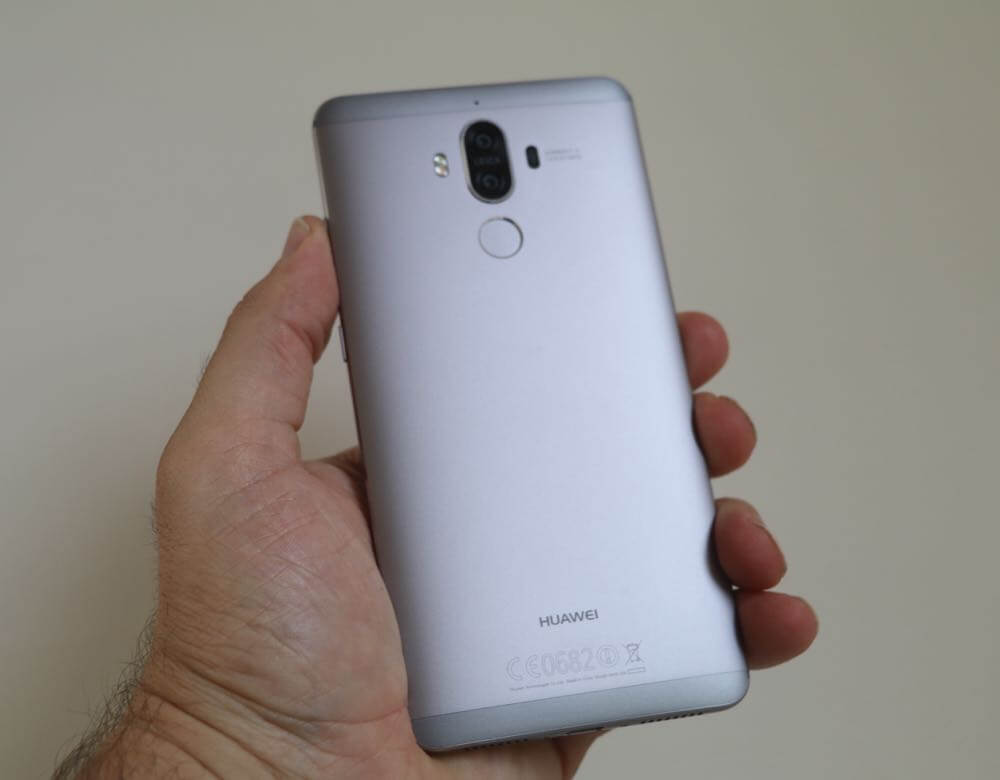 There’s also a Mali G71 octa-core graphics processor as well so it can easily handle graphics and processor heavy games as easily as multitasking.

The Huawei Mate 9 is running the Android 7.0 Nougat operating system but on top of that is the EMUI 5.0 interface which allows users to create a more personalised experience.

You can choose different themes and customise it to look how you like. 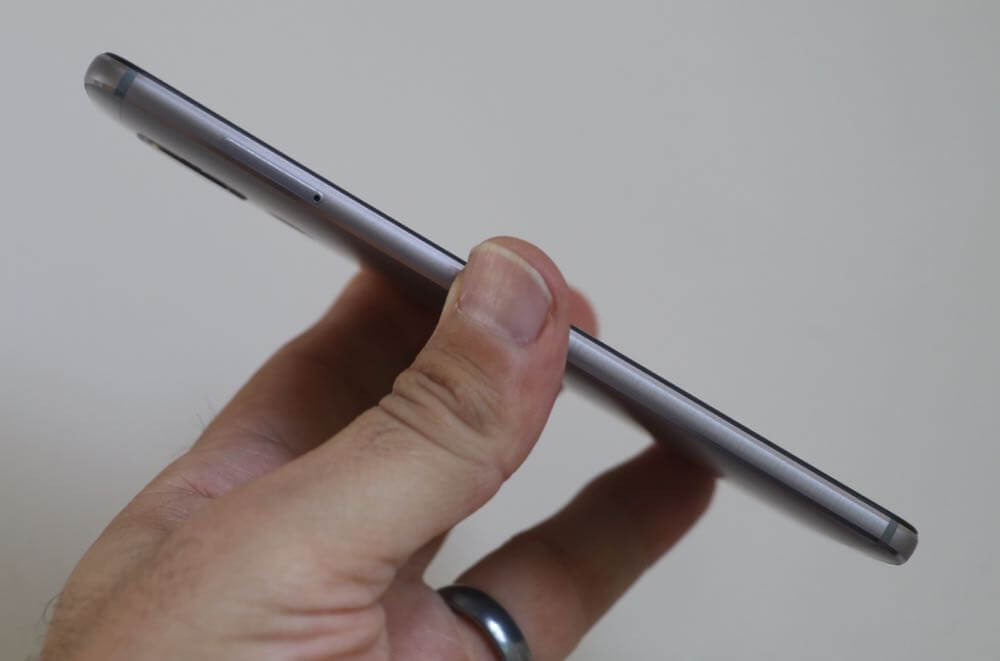 EMUI 5.0 compliments Android 7 nicely although there are a few similar apps – and some you can’t delete – but overall you get a pleasant look and feel.

EMUI 5.0 also takes a close look at the apps you use most and optimises the device to keep them running in the background while warning you about the apps that are draining your power.

It’s good to know the Mate 9 has got your back to keep the device running efficiently.
CAMERA

The camera is one of the standout features of the Mate 9.

It has inherited the dual lens system developed in partnership with Leica that we first saw on the P9 released in mid 2016. 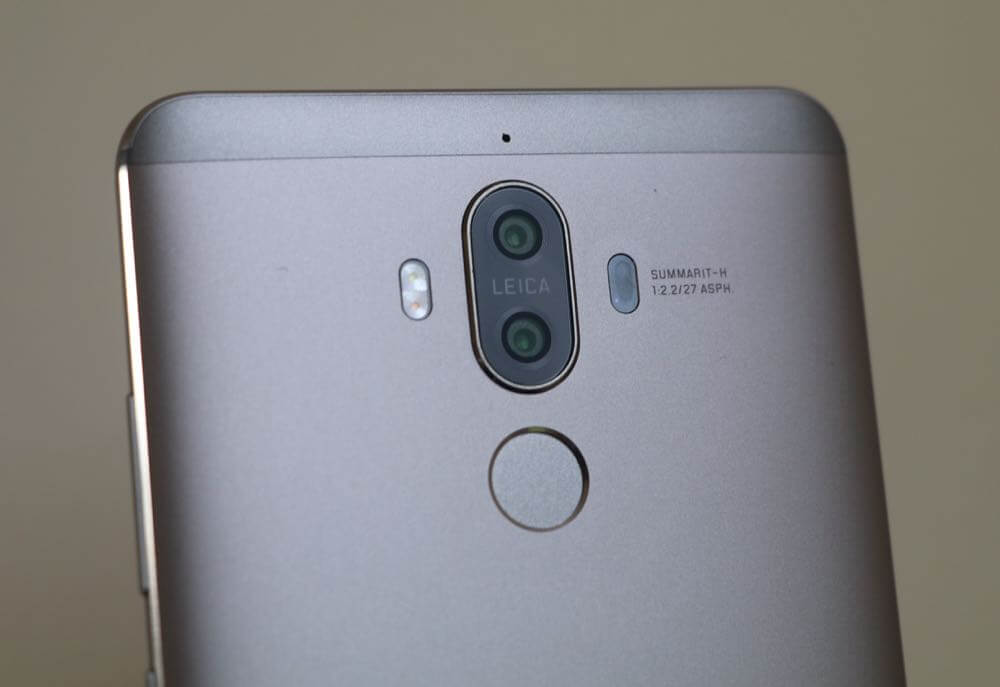 Onboard is a 12-megapixel f2.2 RGB sensor and a 20-megapixel f2.2 monochrome sensor which work together using a unique algorithm to create stunning images.

Users will notice super-fast auto focus so you can snap off your images quickly and still have razor sharp results.

Having dual lenses certainly opens up your photography options.

There’s even an option to shoot better pictures of your food.

You can also achieve brilliant depth of field images like you can achieve with a digital SLR camera.

All you need to do is select the wide aperture mode and you can keep the foreground in focus and blur the background.

These shots look amazing and they can be taken even at close distance and in virtually any light.

The device allows photographers to have a lot of control over their images while having the smarts to automatically take excellent pictures.

One thing we liked was the ability to see the changes in real time when switching between standard and vivid colours before snapping your image.

With vivid colours you can achieve an image that usually requires a separate app like Snapseed to bump up the colours. With the Mate 9 you can have that result instantly.

Mate 9 can even detect if you’re partially covering one of the lenses with your finger and politely tell you to make sure nothing is blocking the lens.

If you like taking quality images with your phone, the Mate 9 will not let you down.

Another strength of the Huawei Mate 9 is the 4000mAh battery.

Having a high capacity battery is one thing but thankfully the Mate 9 has an excellent power management system as well to get the most out of it.

For our review, we had a full charge at 8am one day and were still going on that same charge at 7pm the following night – two full work days on one charge.

And that was in full use, running emails, using apps, social media, taking photos, watching content.

For the Mate 9 that’s an impressive achievement.

Huawei has also emphasized the safety of its battery which has a “Super Safe 5-gate protection” which provides real time voltage and temperature monitoring for safety and to prolong the battery life.

And when it comes time to charge – it’s fast. 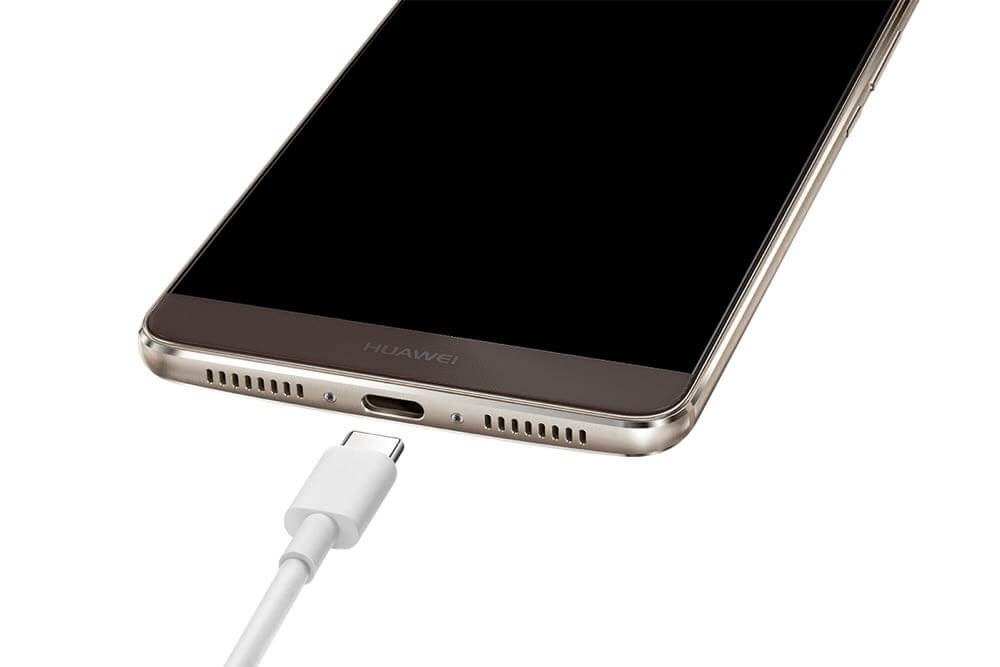 To recharge the battery completely took us about an hour and 15 minutes.

But if you’re in a real hurry, a 20-minute charge can get you a full day’s charge. And just 10 minutes is enough for a few hours or to watch a couple of movies.

There isn’t much going against the Huawei Mate 9 but there were some things that stood out for us.

The device is not water resistant which might not be a big deal for some when you consider it’s competing against top-shelf smartphones that are water resistant.

It’s a shame we only get full high definition resolution on the gorgeous 5.9-inch display.

The screen is certainly big enough to handle the added pixels of Quad HD resolution and would have been another premium feature.

Speaking of premium, Huawei’s Mate 9 certainly has a premium price at $999 which puts it right beside the iPhone, Samsung’s Galaxy S7 and Google’s Pixel – three strong phones from three strong brands. 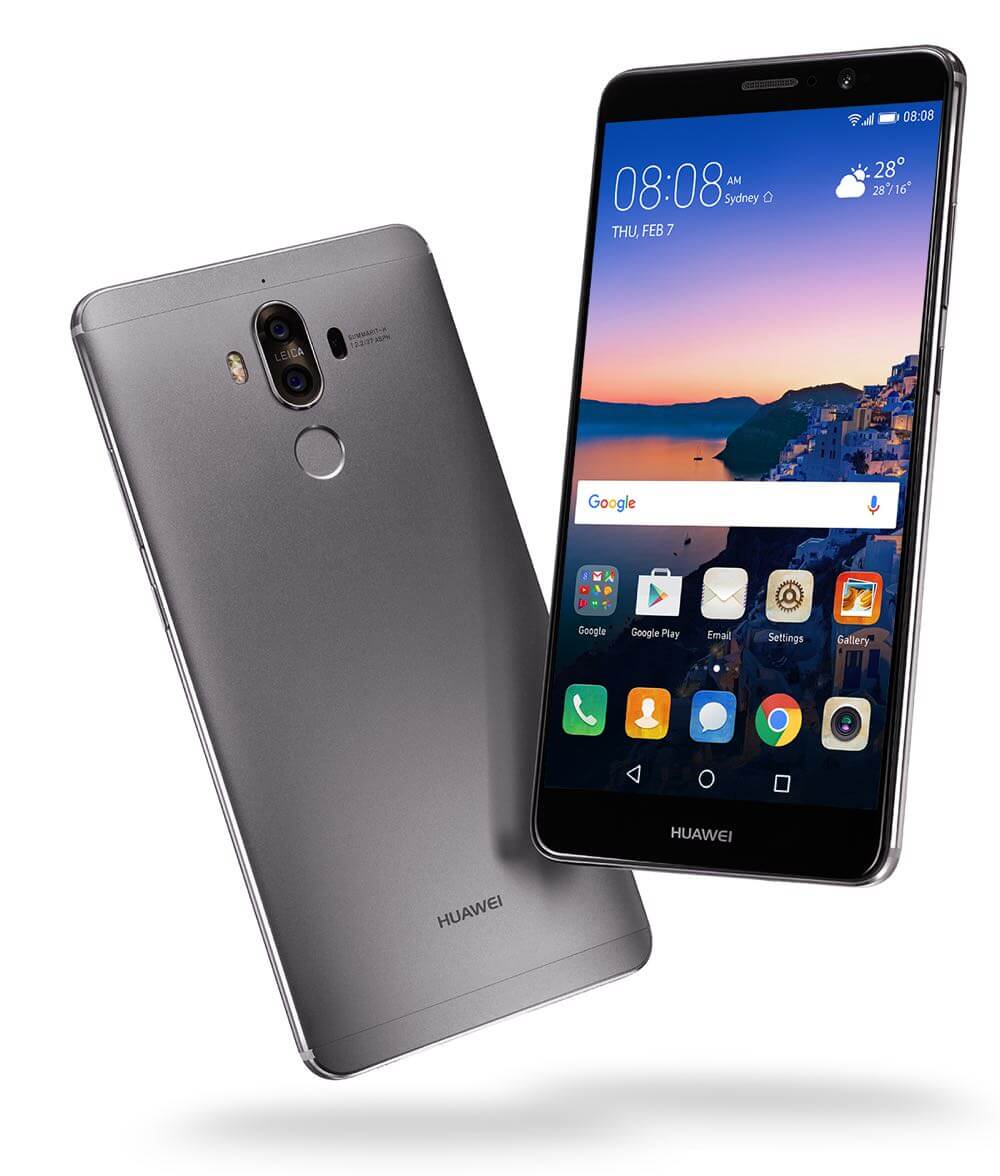 Huawei’s position in the market and its growing market share means it finds itself in esteemed company but we wonder how many more Mate 9 units would have been sold if it was more competitively priced.

But having said that – the Mate 9 can stand shoulder to shoulder with these other top tier devices and hold its own.

Huawei has produced one of its best smartphones with the Mate 9.

The brand has matured nicely in the last couple of years and the Mate 9 is a great example to show just how far it has come.

Huawei’s Mate 9 is an excellent device that offers quality and high performance across the board.

Huawei is starting to loom large in the worldwide smartphone market behind giants Samsung and Apple and new products like the new Mate 9 is helping attract new customers to the brand. The Chinese company was the number three brand in the world in 2016 with 9.3 per cent market share behind Samsung (20.8 per cent) and Apple (14.5 per cent). Its impressive growth last year came after the release of products like the P9 and the Mate 8. Huawei’s latest offering, the Mate 9, is available now and continues the tradition of delivering style, features and performance. DESIGN The…
Huawei Mate 9 smartphone review – the great call of China
Huawei Mate 9 smartphone review – the great call of China
Stephen Fenech

PROS: Large screen, sleek design, customisable user interface, excellent dual lens camera, long life battery, fast charging. CONS: Not water resistant, only FHD resolution screen, could be cheaper. VERDICT: Huawei has produced one of its best smartphones with the Mate 9. The brand has matured nicely in the last couple of years and the Mate 9 is a great example to show just how far it has come. Huawei’s Mate 9 is an excellent device that offers quality and high performance across the board.