Dyson has taken its latest technology and innovation and put into the new V6 Absolute cordless vacuum to give it the features and power of other corded machines.

Dyson, a company that has a similar design, engineering and ease-of-use philosophy as Apple, has made a breakthrough with the V6 Absolute to create something many thought impossible.

The words small, lightweight, powerful and cordless have never been used in the same sentence to accurately describe a vacuum cleaner but the V6 Absolute can tick all of those boxes.

In terms of suction, that’s the biggest feature you want from a vacuum, the V6 is close to its larger corded models and well ahead of other cordless models on the market. 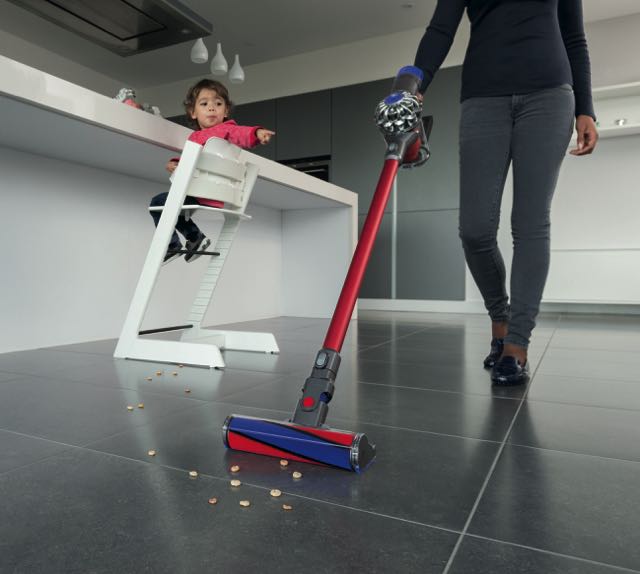 This is thanks to the latest Dyson digital motor that spins at 110,000rpm and moves a remarkable 15 litres of air per second. It actually runs five times faster than a Formula 1 car.

The Dyson V6 uses HEPA filtration to capture allergens and remove 99.97 per cent of particles as small as 0.3 microns.

Also onboard is two-tier cyclone technology that can separate the most microscopic particles and direct them into the bin.

The unit weighs only 2.2kg so it’s easy to use anywhere in your home including up and down stairs.

The V6 Absolute comes with several high quality attachments including two cleaner heads – Dyson Fluffy for tiles and floorboards and the Dyson Motorhead for carpets.

The handheld unit attaches precisely and securely to the attachments so it’s easy to use the V6 all over the house in small spaces, on sofas and in the car. 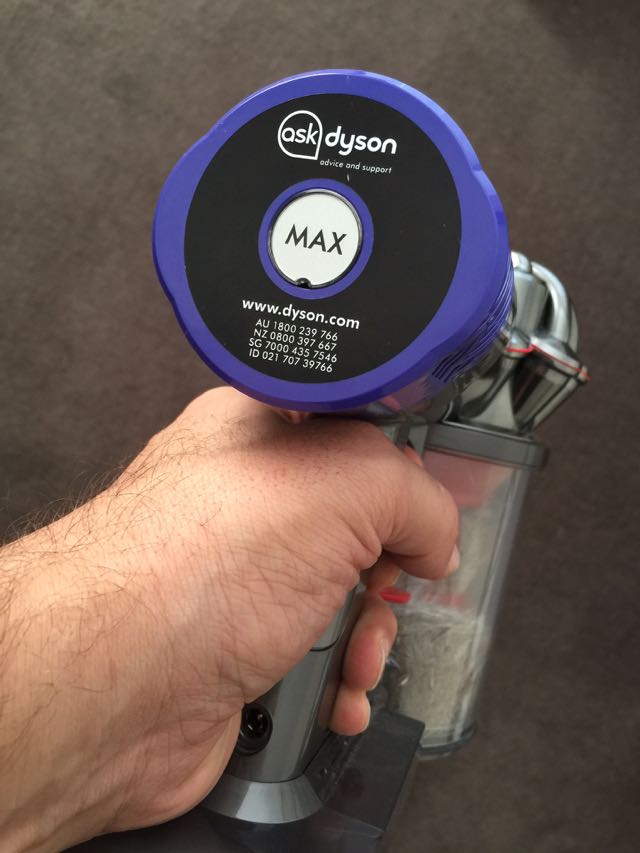 With the addition of the wand you can use the V6 Absolute like a proper upright vacuum cleaner. And because there’s no cord – it’s a lot easier and faster to get around and use in and around furniture.

The power and suction is easy to see and the V6 performed as well for us for our review as a corded upright Dyson.

We’ve got two Dalmatians who like to sit on the mat in front of our TV and sometimes even on our lounge and they always leave behind short white hairs. 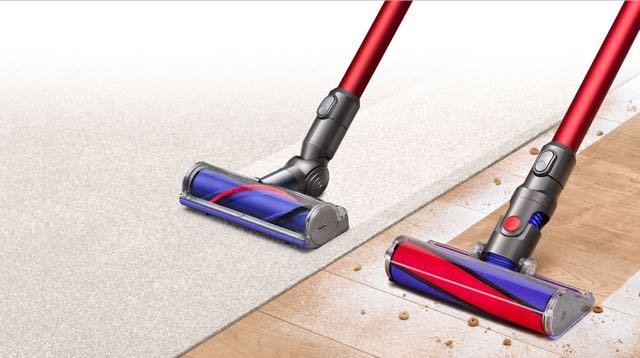 The V6 did an excellent job to vacuum the lounge and also the mat and it was easy to see how well it picked up the hairs.

And it’s easy to empty the dirt and dust directly into a bin with the press of one button. 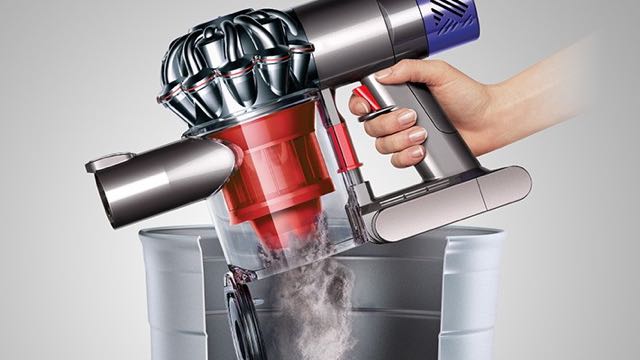 Now being a cordless machine, the V6 doesn’t run forever. The onboard rechargeable battery will run for about 20 minutes and about 15 minutes with the motorized cleaner head.

There’s also a Boost mode for some added juice but this means it will only run for less than 10 minutes. 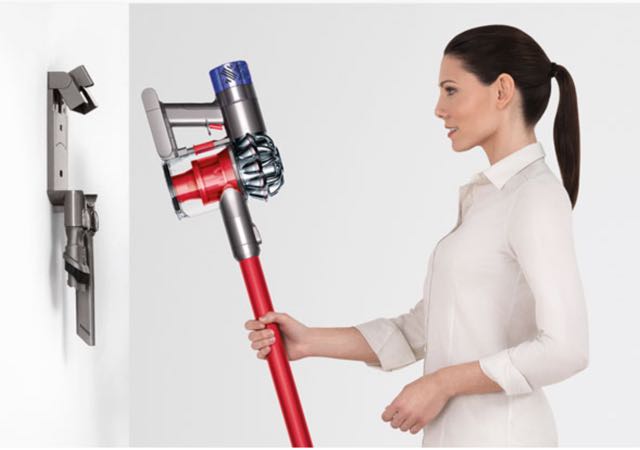 The quickest the battery ran out in this mode for us was seven minutes. But that was enough time to vacuum our entire tiled living area and our mats.

The V6 comes with a wall-mountable docking station so it can be easily stored and charged. It takes three and a half hours to full recharge.

The V6 Absolute is a breakthrough in cordless vacuum cleaners and it is only made possible by Dyson’s innovation and design.

Dyson’s V6 Absolute is more expensive than its competitors but that’s because it is so much better. You get what you pay for.