Microsoft’s new Surface Pro 4 has taken the versatile tablet to a new level with even more processing power and it’s all housed in a chassis that somehow is even more slender then ever.

The tablet is pre-loaded with the Windows 10 operating system and it is just 8.4mm thick.

Despite this slender design it still manages to fit a USB 3.0 port and a Mini Display port so connectivity isn’t an issue – although it would have been nice to have a second USB port.

But still – one USB port is a lot more than you’ll find on a lot of other tablets. The most popular tablet – Apple’s iPad doesn’t have any USB ports. 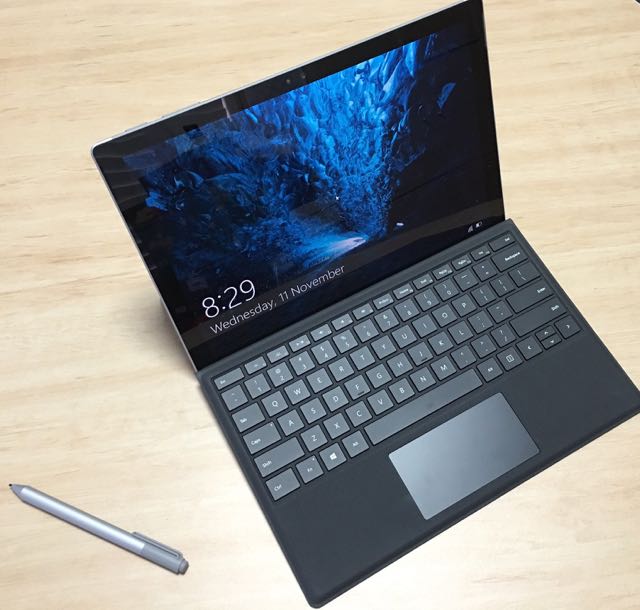 The built-in kickstand can be positioned in a number of angles for easy typing or drawing and there’s also a microSD card slot under there as well.

Microsoft has delivered once again with the sixth generation Intel Core processor up to i7 and up to 16GB RAM so it has more computing power than your average laptop.

But with all of Microsoft’s marketing to suggest the Surface Pro 4 can replace your laptop (and it can) – the keyboard cover is still a separate purchase. And it’s not a cheap one at $199. 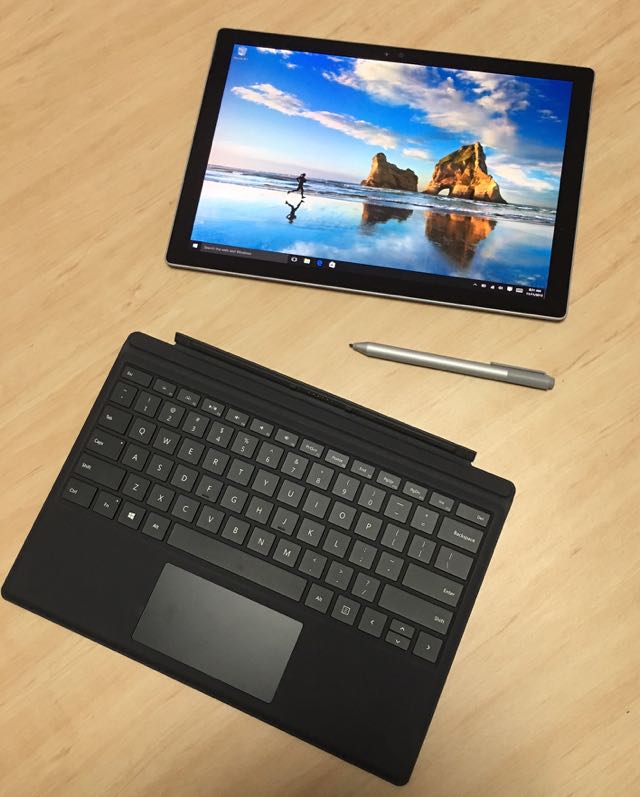 There are not many Surface Pro 4 customers who are going to go without the keyboard cover so Microsoft should look at either including it, factoring it into the price or making it cheaper.

With the Surface Pro 4 starting at $1,349 you’d hope that would be thrown in.

The Surface Pro 4’s screen has also been vastly improved.

It’s now a 12.3-inch screen – a good size display in both tablet and laptop mode. And the cool thing is that even though it has a bigger screen the device is the same size as the Surface Pro 3. 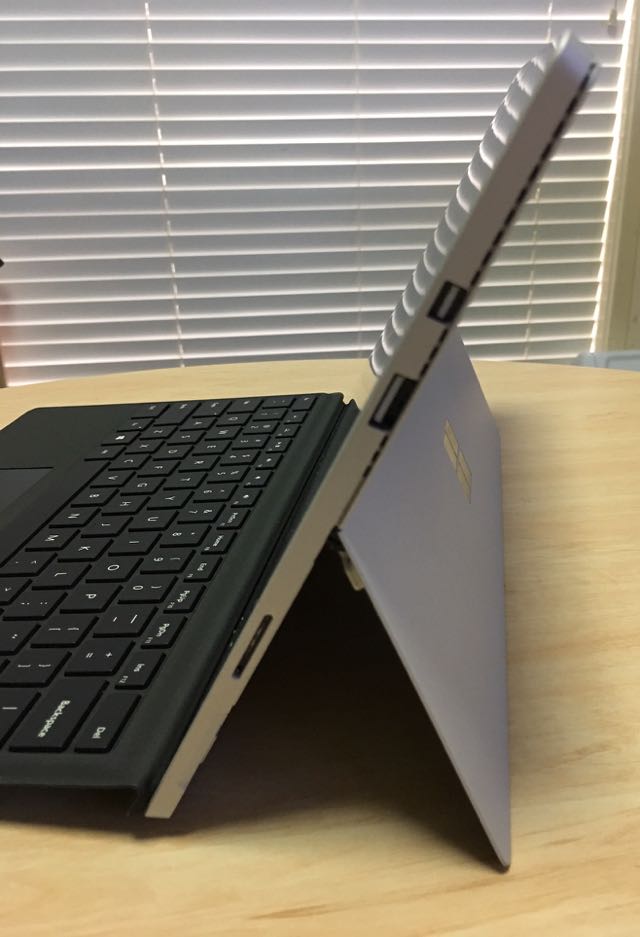 The screen has a resolution of 2736 x 1824 and looks amazing so your content is going to look better than ever.

Of course this is a touchscreen so not only can you navigate with your finger you can also write and draw on the screen with the Surface pen which has also been significantly improved.

The pen (which is included with the Surface Pro 4) works like a real pen with more than 1000 levels of pressure so the harder you press the thicker the lines you can draw.

And if you make a mistake you can simply flip it over and use the other end as an eraser – like a real pencil. 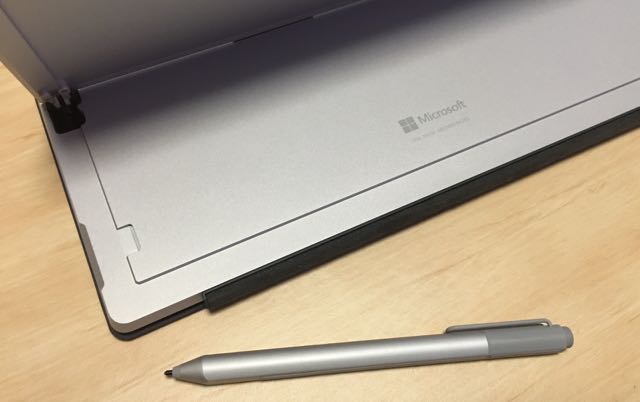 Writing on the screen is responsive and accurate and the device can also turn your handwriting into editable text.

Having this added input option – there are lot of people who still like the tactile feel of writing (us included) – makes the Surface Pro even more versatile.

And when you’re done with the pen it can be stored on the edge of the tablet where it sits in place with a magnet.

The keyboard cover has also been improved with more space between the keys and it is slightly quieter to type when compared to the clatter of the previous version.

It is comfortable enough to type on for hours and hours.

The trackpad could be bigger but it’s still big enough to easily distinguish between left and right clicks. 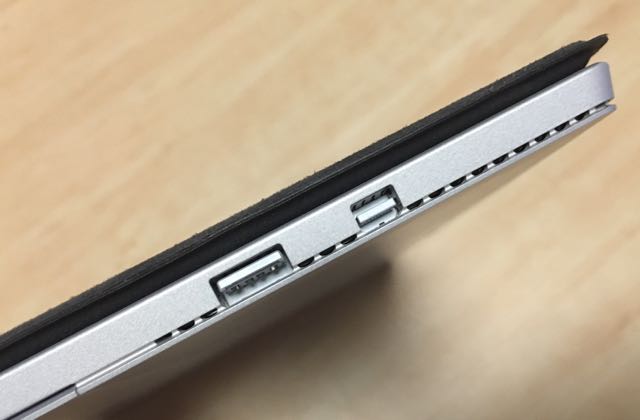 Even with the keyboard cover on the Surface Pro 4 it doesn’t add too much thickness. All up it’s about 13mm.

On the performance side, the Surface Pro 4 delivers. It’s aimed at the user who wants to power through a spreadsheet, edit a video or their latest photos and graphics and then kick back with a movie, some music or play a game or surf through their favourite websites.

But it can handle demanding applications like video editing, design and graphics applications as well as the latest games.

It works silently most of the time but sometimes the fans can just be heard kicking in if the processor is being pushed. 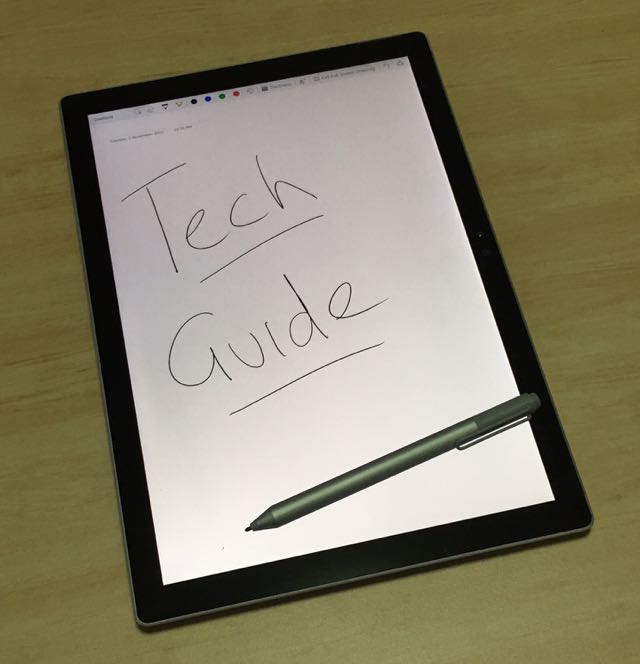 Battery performance we found to be between six or seven hours and that was with everything working – wi-fi, Bluetooth and performing our regular daily tasks including emails, browsing and editing.

Microsoft’s Surface Pro 4 is powerful yet portable device that is well designed, packed with features and can suit any user no matter how they choose to use the product.

It isn’t cheap, especially when you really spec it up, but you get what you pay for in terms of performance.

So whether you want to use it as a tablet or use it as a laptop, or both – the Surface Pro 4 won’t let you down.