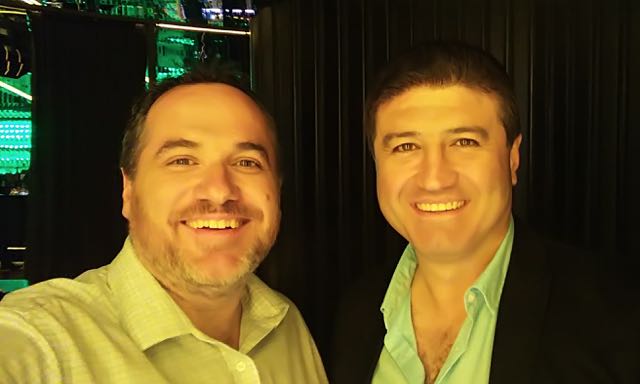 Episode 252 of the Two Blokes Talking Tech podcast, with Tech Guide editor Stephen Fenech and EFTM’s Trevor Long, is coming to you live from Melbourne at the launch of the Oppo R9 smartphone.

The blokes were in Melbourne for the event which saw not only the announcement of the handsome new Oppo R9 smartphone but also the partnership with electronics retailer JB Hi-Fi.

Also on the show, the record-breaking first episode of Game of Thrones Season Six, Acer’s latest devices unveiled in New York and we try work out the best smartphone camera.

Stephen and Trevor also run their eyes over the new Sony 2016 range of Bravia 4K TVs and discuss the first Dyson hairdryer.

In the minute reviews, we take a look at the Samsung Galaxy TabPro S Windows 10 tablet and the Logi Base from Logitech which can comfortably position the iPad Pro and also charge it through the smart connectors on the side of the device at the same time.

SnapBridge syncs your Nikon camera’s images to your mobile device