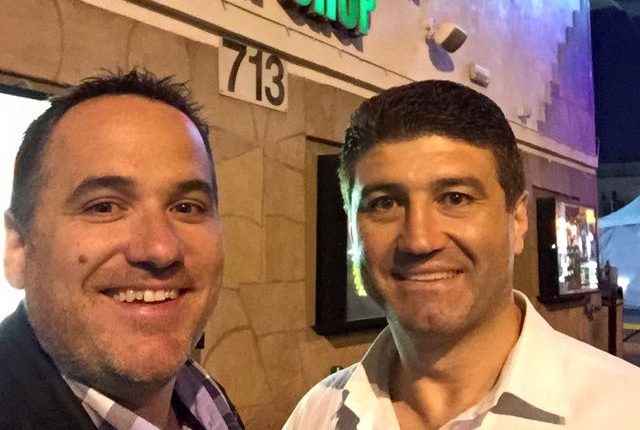 It’s a special episode of the Two Blokes Talking Tech podcast just minutes after Tech Guide’s Stephen Fenech and EFTM’s Trevor Long had a chance to get their hands on the Apple Watch.

In Episode 203, the blokes discuss the unusual move by Apple to allow customers to see and try a product two weeks before it is officially on sale.

Also on the show, recorded at the George St McDonalds next door to the Sydney Apple Store, the Dallas Buyers Club piracy case against iiNet and what it means for Australian content viewers.

Stephen and Trevor also talk about the digital high definition release of all six Star Wars films, the new DJI Phantom 3 drone and the Force Touch trackpad on the new 13-inch MacBook Pro with Retina Display.

In the minute reviews we take a look at the Samsung Galaxy S6 edge and the Garmin Fenix 3 multisport GPS watch.