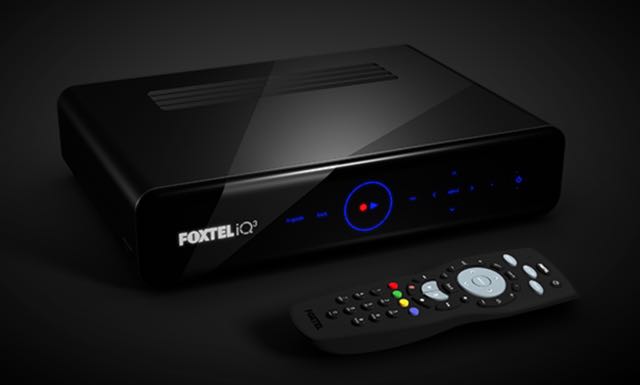 The entire feature list of the upcoming new Foxtel iQ3 set top box has been revealed to Tech Guide by a source familiar with the device.

The iQ3, which may be available as early as next week, will have a 1TB hard drive on board along with 10 tuners to make it possible to record three programs and watch a fourth.

It will also have built-in wi-fi to connect wirelessly to your home’s broadband network while the remote control will by linked to the device via Bluetooth so that it will work even when the iQ3 is out of sight.

With broadband and cable connectivity, the iQ3 will combine the power of an IP TV on-demand service as well as the regular linear programs across the hundreds of broadcast channels available.

The Planner will be renamed the Library as part of the new look operating system aboard the iQ3 and will be where users can manage their recorded programs.

On the recording side, Foxtel will reportedly introduce a cloud-based version of a customer’s recordings so they can be accessed from other iQ3s in the home or from the Foxtel Go app on the move.

While watching recorded programs there will be a new Start Over feature to allow viewers to skip back to the start of the program with one touch.

Look Back will let you go back in time 24 hours to watch the shows you missed and didn’t record.

Discovering new content to watch will be even easier with the iQ3.

Viewers will be able to see suggested programs based on what they have been watching and recording.

The new Trending section will give users a snapshot of the programs that are popular right now so you can easily join in on the show that everyone’s going to be talking about.

Channel surfers will love the new Channel Preview feature – this lets you see what’s on other channels without leaving the channel you’re already viewing.

The TV Guide will extend for up to 14 days to make planning your viewing even easier with Look Back letting you go back a day.

The iQ3 will also bring forward many existing features of the popular iQ2 including remote recording, series link, pausing and rewinding live TV and Record Me which allows viewers to set a show to record from the trailer.

The Foxtel iQ3 could be available as early as February 2.