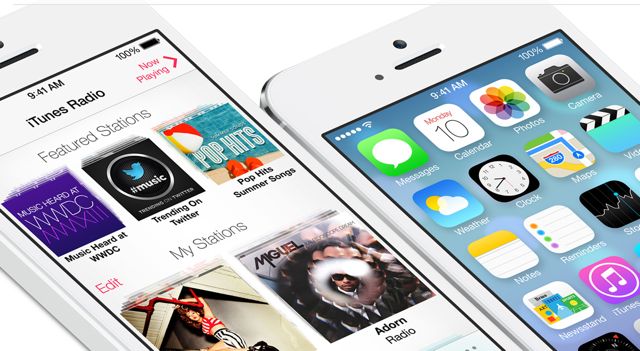 Apple today unveiled iOS 7 – its most significant update to the software powering the iPhone, iPad and iPod Touch – boasting a redesigned interface and a host of new features.

Unveiled at the Worldwide Developers Conference keynote in San Francisco, iOS 7 has been completely reinvented with a completely new look and feel designed to take advantage of the device’s entire screen.

But it was iOS 7 which was the focus of the keynote which was attended by thousands of developers who will take advantage of the new operating system to update their existing apps and create all-new ones.

YOU CAN WATCH THE WWDC KEYNOTE HERE

The new look and feel of iOS 7 was an assignment handed to Apple design guru Jony Ive who, until now, was in charge of designing the company’s hardware.

Ive took his title into software for the first time and the result is a stunning re-invention of the user interface.

“There is a profound and enduring beauty in simplicity, in clarity, in efficiency,” said Jony Ive, Apple’s senior vice president of Design.

“True simplicity is derived from so much more than just the absence of clutter and ornamentation—it’s about bringing order to complexity.

“iOS 7 is a clear representation of these goals. It has a whole new structure that is coherent and applied across the entire system.”

Gone are the felt, paper and the wood touches of the apps and the 3D bubble appearance of the icons and messages and in their place are smoother and more subtle icons and a cleaner and streamlined interface and animated wallpapers.

The typography of iOS 7 has also been changed with a thinner and lighter font used throughout the system that still looks sharp and clear on Apple’s Retina Displays.

iOS 7 takes advantages of the technologies of the iPhone, iPad and iPod Touch to create translucent layers to the apps with new animations and motions to give the operating system a whole new feel.

Here’s a look at some of the new features:

Underpinning the whole system is a new Control Centre which gives users instant access to settings all located in one convenient place with a swipe from the bottom of the screen.

Now you can easily get to things like airplane mode, screen brightness, Bluetooth and wi-fi along with access to the flashlight, calculator and camera.

Notification Centre has also been enhanced to give user an at-a-glance overview of their updates and new interactions and is now available for the first time from the iPhone and iPad’s lock screen.

With one glance you can see missed calls, emails, calendar entries, messages and even the latest weather conditions.

Now iOS 7 can perform a lot of functions in the background and easily switch between apps with larger previews of what is happening with each app in real time.

iOS 7 will also now schedule updates to your apps automatically at the opportune time and adapt to the way you use your apps and the times of the day you are accessing them.

Sharing content with other iPhone users just got easier on iOS 7 with AirDrop.

AirDrop will let you know which users are around you and allow you to select the people you want share content with using a peer-to-peer wi-fi connection and Bluetooth that requires no set-up and that is securely encrypted.

Users can choose to make themselves visible to others before approving to receive any files.

The mobile browsing experience has also been improved significantly with the latest version of Safari on iOS 7.

Buttons and bars move out of the way when you don’t need then to take advantage of every centimetre of the device’s screen.

There’s an all-new tab view so you can see all of the recent pages you’ve been looking at that are easy to navigate.

A unified search field now offers matches for websites, existing bookmarks and links shared by your friends on social networks.

Users will be able to listen to selections of music through iTunes streaming radio stations that are based on your music tastes and listening habits.

It’s also possible to control the type of music that’s served up to you by asking for more or less of certain types of songs as they appear.

And of course any song you hear can also be purchased from the iTunes Music Store.

iTunes Radio will initially be available in the US only and will be a free service supported by ads. iTunes Match customers will be able to enjoy the service ad-free.

The interface has been completely revamped and has an even more natural speech pattern that can now be either male or female.

Siri has also been given even more functionality like returning phones calls, turning Bluetooth on and off, playing voicemails and even searching for trending topics on Twitter.

iOS 7 can now go beyond just locating your phone whether it’s been lost or stolen.

New security features now make it impossible for anyone else to use your phone even after it’s been erased without your Apple ID and password.

We spend a lot of time in our cars and it’s not always an ideal time to access the iPhone’s features.

Car companies including Mercedes, Honda, Nissan, Kia, Hyundai and Ferrari will be begin integrating iOS in the Car from 2014.

FaceTime doesn’t have to be just about video calls anymore. With iOS 7 FaceTime will allow audio only calling over a data connection.

Less than six months before analog TV is switched off