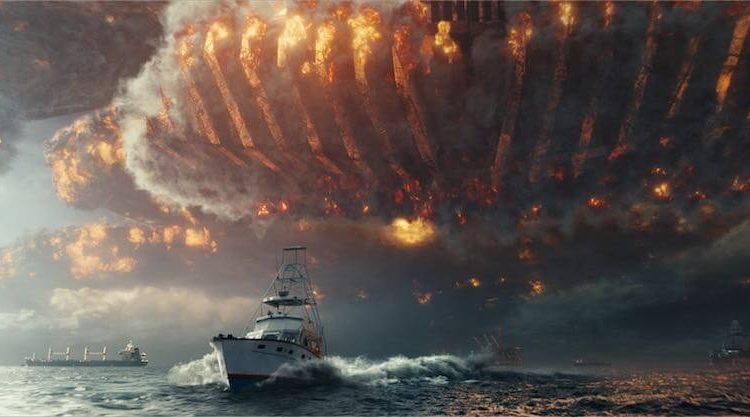 The film is set 20 years after mankind was nearly wiped out in the “Battle of 96”.

Earth has adopted the alien technology that was left behind and also set up a massive defense system – just in case they come back.

David Levinson (Jeff Goldblum), the brilliant scientist that saved the world in the original Independence Day film, is back again as the head of Earth’s defense.

Roland Emmerich – the co-writer and director of the original Independence Day film – is also back at the helm.

You can hear our full interview with Roland Emmerich in Episode 221 of the Tech Guide podcast where he talks about why it took so long to make a sequel, how improved technology allowed him to realise his full vision, how Australian Liam Hemsworth was cast and his thoughts on viewing 4K UHD at home.

Tech Guide took a look at the film on 4K UHD disc and was impressed by the image quality and also the excellent sound which includes a Dolby Atmos soundtrack.

There are a load of special features onboard including:

* Another Day: The Making of Independence Day: Resurgence (available as Digital HD Extra on DVD only)