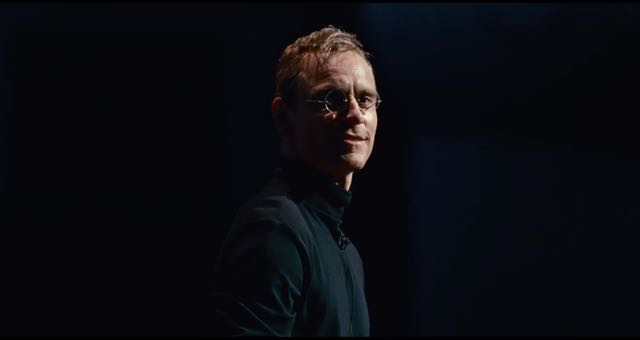 Here’s the first look at the new Steve Jobs movie

Take a look at this first glimpse of the new Steve Jobs movie – written by Aaron Sorkin and starring Michael Fassbender as the visionary Apple co-founder and CEO.

The Universal film also stars Seth Rogan as Apple co-founder Steve Wozniak, Kate Winslet as Joanna Hoffman – one of the original member of the Macintosh team and Jeff Daniels as the former Apple CEO John Sculley who was poached from Pepsi.

The production was originally going to be helmed by David Fincher – who directed Aaron Sorkin’s Oscar-winning adapted screenplay The Social Network about the birth of Facebook – but Sony could meet his asking price which was reportedly $10 million.

Leonardo Di Caprio was also attached to the project at one point to play the lead role.

Fassbender looks remarkably like Steve Jobs in the trailer which doesn’t give up a great deal about the story but provides a good look at his likeness to the late Apple chief.

At one point in the trailer Steve Jobs is seen walking out to front a major product announcement – believed to be a recreation of the iMac launch in 1998.

The trailer made its debut on US television during the final episode of Mad Men.