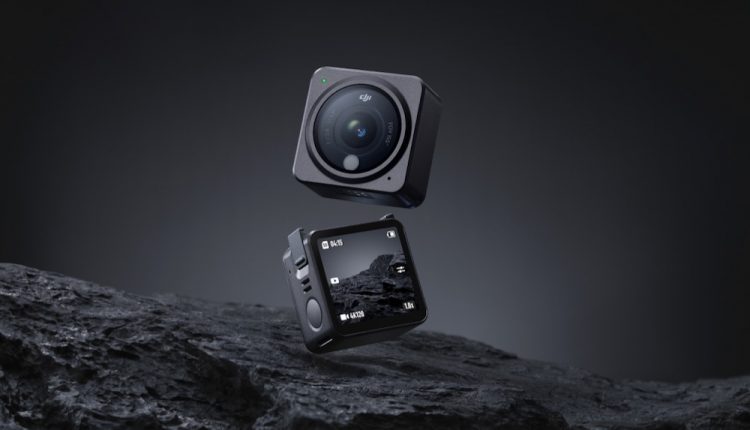 The device weighs just 56g and is small enough to take anywhere with options to attach to your helmet, mount on your surfboard or skateboard or attach securely on your shirt. 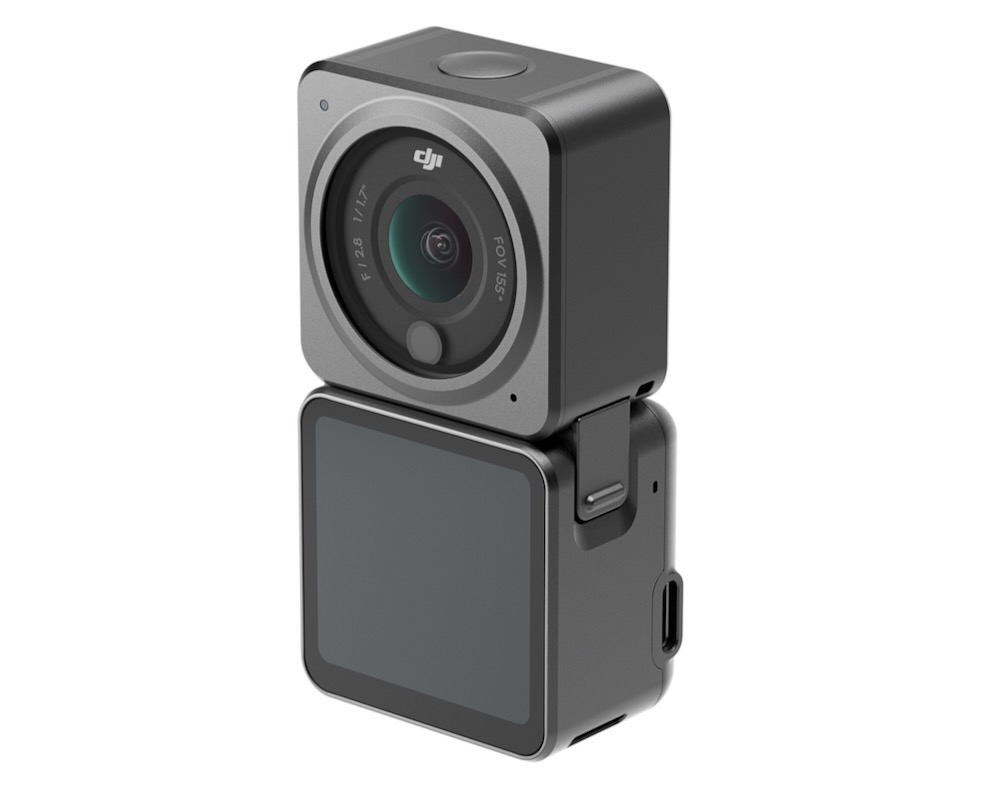 DJI Action 2 can be used for anything from vlogging to extreme sports and time lapse.

The camera is dustproof, waterproof and drop proof so it can withstand whatever you throw at it as you record life’s adventures.

DJI Action 2 is made up of a main camera unit and various other modules including a front touchscreen module, power module and various mounting peripherals that can be all interchanged.

There are numerous configurations and mounting combinations so you have unlimited control over creatively capturing your world. 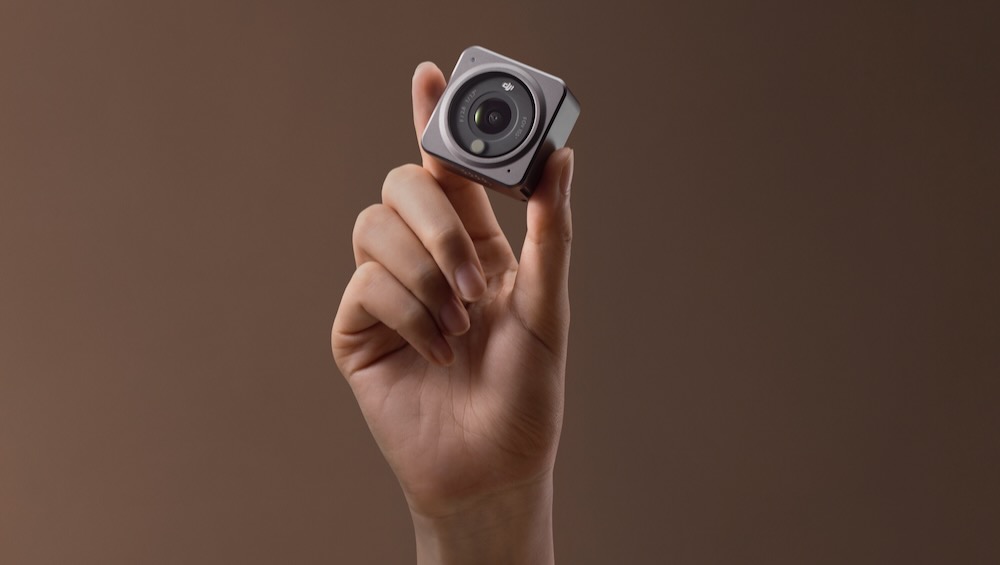 The touchscreen is designed to make it easier and more convenient to control your photography so you can focus in on what you’re doing.

The camera has a 1.6-inch OLED touchscreen with an additional OLED screen on the front touchscreen module which attaches securely to the bottom of the camera via magnetic locks which allows users to set up a selfie and vlog instantly.

The screen is protected with Gorilla Glass and uses haptic feedback for more precise control say can go through the menu system and access the camera settings quickly and easily.

And you won’t miss any of the action with the feature called SnapShot which allows users with the long press of the power button to turn the camera on and be instantly recording. 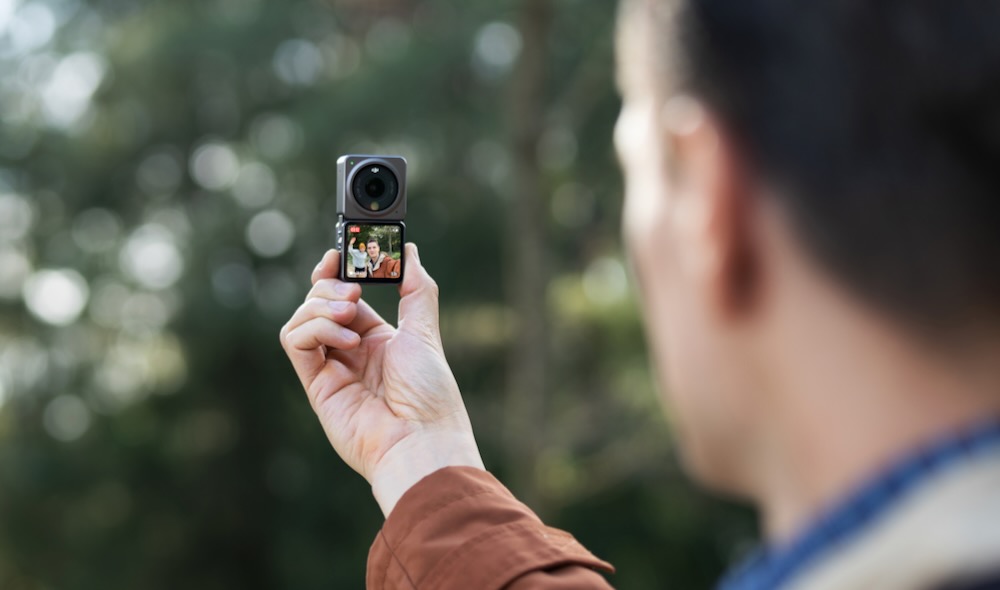 DJI Action 2 can record 4K at 120 frames per second with a super wide 155-degree field of view so you can capture all your surroundings and create immersive footage.

This offers a level of smoothness while HorizonSteady maintains a level frame throughout the whole video.

The camera unit has a battery that can run for up to 70 minutes on its own, 160 minutes when connected with the front touchscreen module and 180 minutes with the power module. 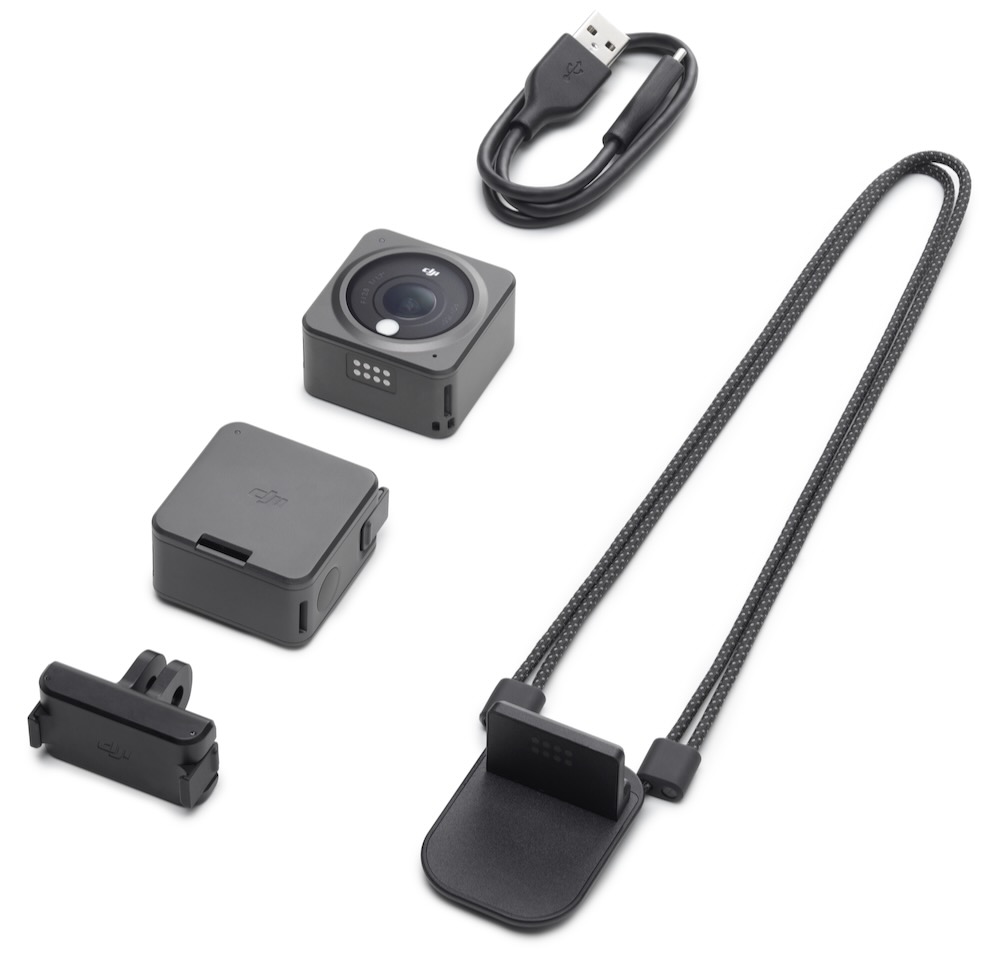 The DJI Action 2 also incorporates DJI Matrix Stereo Technology so the single microphone from the camera unit can combine with the three microphones from the module to record audio from every direction to increase create an immersive sound during playback.

DJI Action 2 offers a variety of intelligent features, including:

– Hyperlapse and Timelapse: Control the perception of time with Timelapse and Hyperlapse to capture unique content with the effect of the world moving faster around you. During Hyperlapse recording, you can switch to and from regular-speed recording for even more creative options.

– Livestream: Use DJI Action 2 to broadcast a livestream with a stable stream output of up to 1080p/30fps. 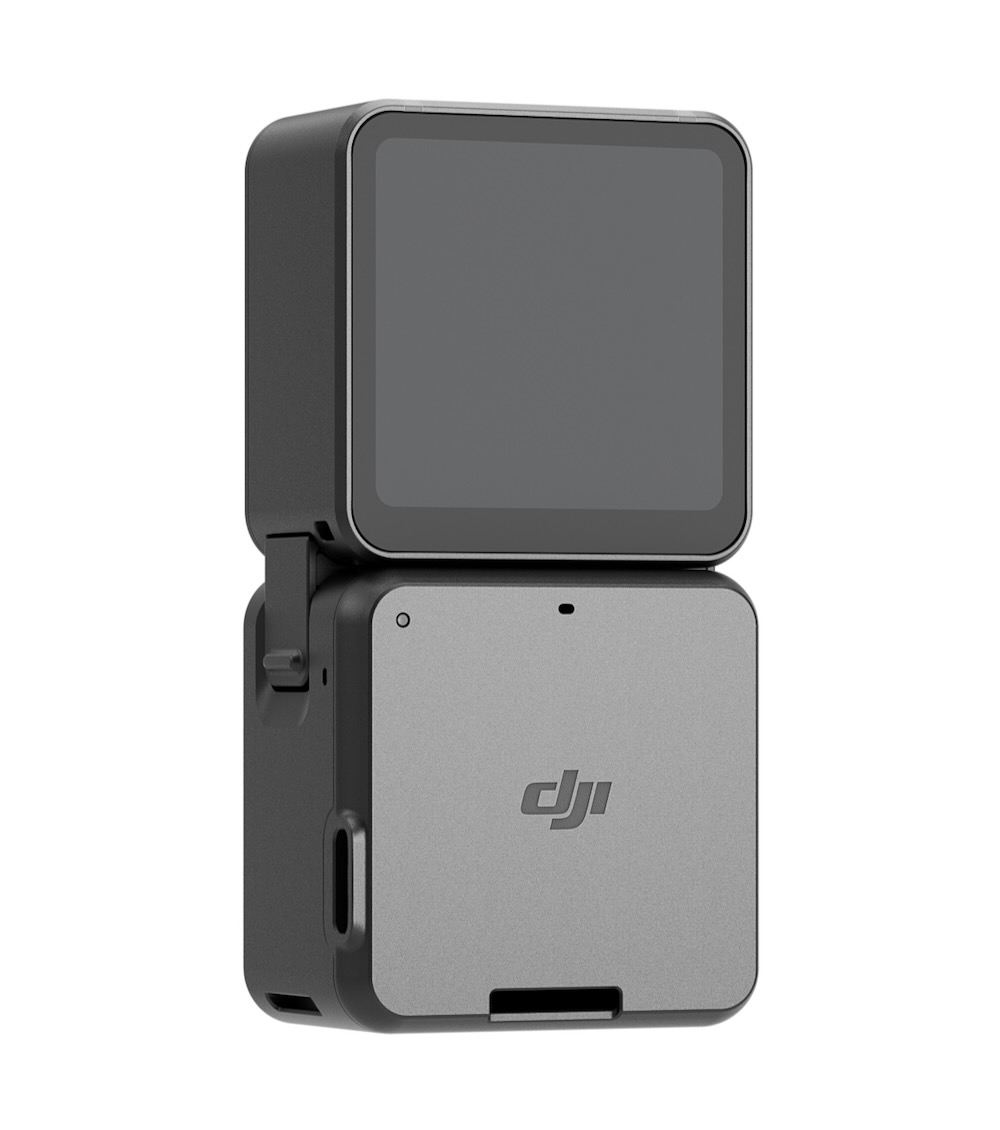 DJI action 2 can connect through the DJI Mimo app on your mobile device via wi-fi or Bluetooth and you can also view a live feed of the camera through the app as well as access various story templates and much more.

There’s also an intuitive AI editor which can automatically select and combine the greatest parts of your video and add flawless transitions and music to create videos you can share on social media.

Being a modular system there is a full ecosystem of accessories to help you maximise the possibilities of DJI action two including:

– DJI Action 2 Front Touchscreen Module: A front-facing OLED touchscreen and three built-in microphones bring 4-mic Matrix Stereo technology, which allows you to compose videos or selfies and record crisp audio on the go. Connect to Action 2 for a maximum battery life of 160 minutes.

– DJI Action 2 Power Module: Lets you get the most out of Action 2 by providing up to 180 minutes of filming and an additional microSD card slot. A hot-swappable design means you can change between power modules for all-day power.

– DJI Action 2 Magnetic Ball-Joint Adapter Mount: An adhesive base allows users to attach DJI Action 2 to any surface and enjoy 360° of freedom to fix the camera in any direction. A standard 1/4″ screw hole is compatible with most camera accessories.

– DJI Action 2 Magnetic Adapter Mount: This mount securely holds DJI Action 2 in place during extreme sports or demanding scenarios. It includes folding fingers at the bottom to use Action 2 with most third-party action camera accessories.

– Remote Control Extension Rod: A versatile 3-in-1 accessory serves as an extension rod, tripod, and detachable remote controller, to meet all your shooting needs.

– DJI Floating Handle: A hollow design helps keep DJI Action 2 floating so you can film in water without fear of losing the camera. An anti-slip grip makes it easy to hold, and the handle can be attached to a tripod or the DJI Action 2 Waterproof Case.

– DJI Mic: Wireless dual-channel recording system that adds clear and crisp audio to your vlog or showreel. DJI Mic has a recording range of up to 250 meters and is compatible with Action 2, smartphones, and any device that has a 3.5mm audio input. Enjoy up to 5.5 hours of battery life from the transmitters, 5 hours from the receiver, and 15 hours from the charging case.

All other accessories are sold separately.