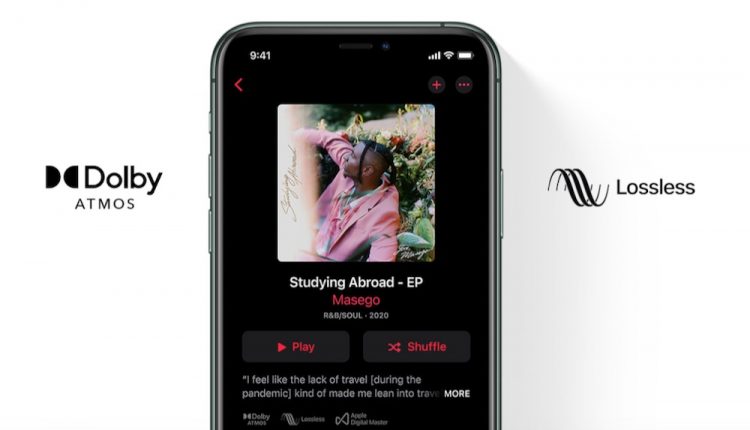 Apple has announced major changes for Apple Music with the introduction of lossless audio to its entire catalogue and spatial audio with Dolby Atmos so subscribers can hear their music like never before and at the same quality the artists created it.

Subscribers will now be able to listen to more than 75 million songs in lossless audio which means you’ll hear every bit of the original audio file – exactly what the artists created in the studio.

Spatial Audio with Dolby Atmos creates an immersive audio experience which gives artists the opportunity to mix their music so rather than just regular left and right separation it offers multidimensional sound that comes from all directions.

Spatial Audio with Dolby Atmos and Lossless Audio will be available for Apple Music subscribers at no extra cost.

“Listening to a song in Dolby Atmos is like magic. The music comes from all around you and sounds incredible.

“Now we are bringing this truly innovative and immersive experience to our listeners with music from their favourite artists like J Balvin, Gustavo Dudamel, Ariana Grande, Maroon 5, Kacey Musgraves, The Weeknd, and so many more.

“Subscribers will also be able to listen to their music in the highest audio quality with Lossless Audio.

“Apple Music as we know it is about to change forever.” 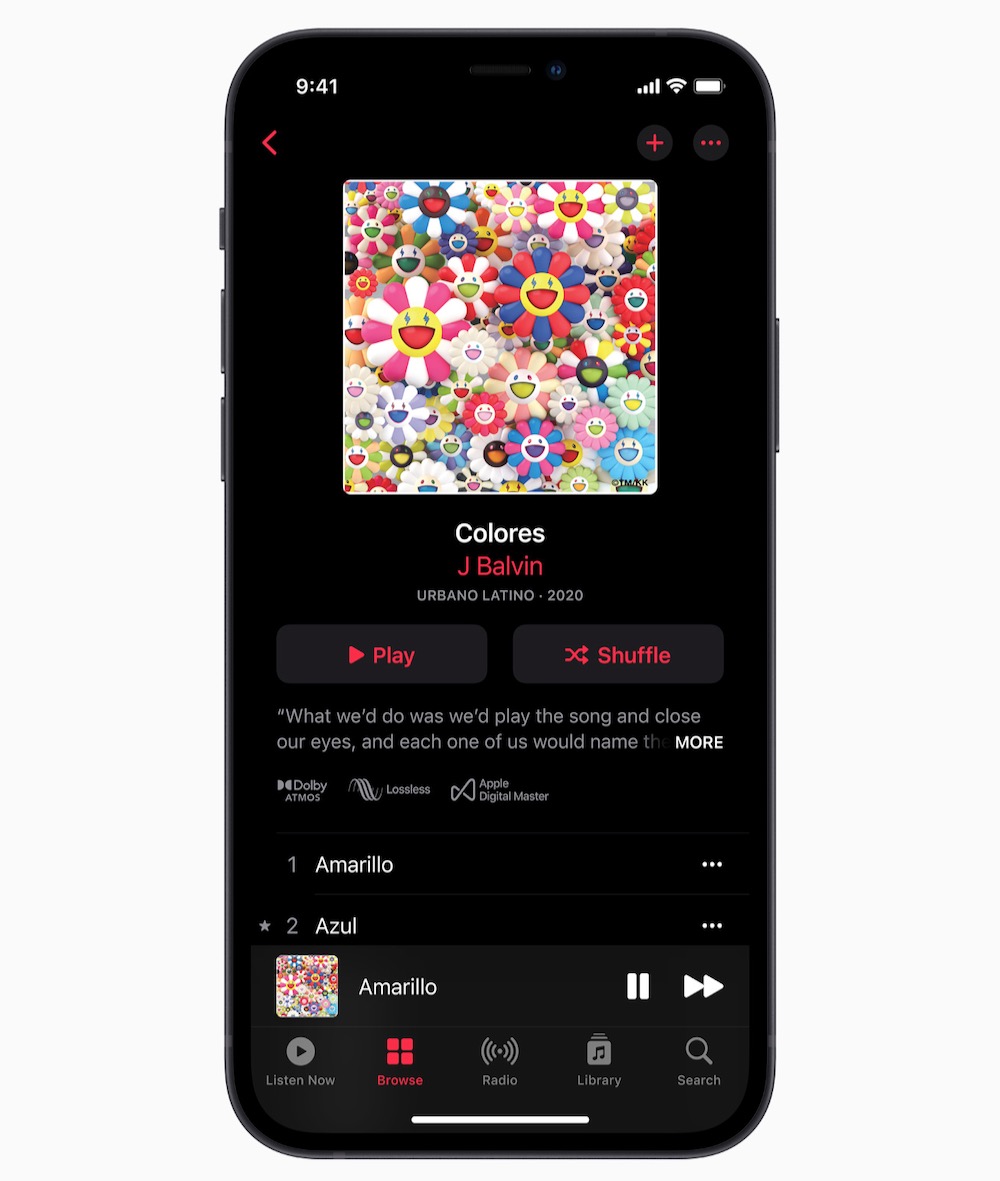 The new immersive mix of music will play automatically on all AirPods and Beats headphones which contain the H1 or W1 chip along with the built-in speakers on the latest iPhones, iPads and Macs.

New Dolby Atmos music will be rolled out continually along with a special set of Dolby Atmos playlists.

And albums that are available in Dolby Atmos will have a badge on the details page for even easier discovery.

Apple Music is currently working with artists and labels to add new releases and the best catalogue tracks as more artists embrace the new format.

“Today marks the introduction of Dolby Atmos on Apple Music — a new music experience that is transforming how music is created by artists and enjoyed by their fans,” said Kevin Yeaman, Dolby Laboratories’ president and CEO.

“We are working with Apple Music to make Spatial Audio with Dolby Atmos widely available to all musicians and anyone who loves music.”

Grammy Award-winning producer, songwriter, and composer Giles Martin said: “Since recording began, artists, producers, and engineers have tried to paint pictures with sound, transporting listeners to worlds they never knew existed, even when the sound came from a single speaker.

“Now with the dawn of immersive audio, we can take the music lover inside the music.

“From the feeling of hearing your favourite artist in the same room as you, to the experience of sitting directly in the middle of a symphony orchestra, the listening experience is transformative and the possibilities for the creator are endless.

“This is a quantum leap in technology – I have so far had the pleasure of mixing some of the greatest artists in history in Dolby Atmos.”

Lossless audio will be offered for the more than 75 million songs in the Apple Music library.

To listen to lossless audio on Apple Music, listeners with the latest version of Apple Music need to go to Settings > Music > Audio Quality.

They will have the choice of three different resolutions for different connections including cellular, wi-fi or for download.

The quality for Apple Music starts at CD quality which is 16bit/44.1kHz and goes up to 24bit/48kHz (which is playable natively on Apple devices) and then, for the true audiophile, it goes up to Hi-Resolution Lossless at 24bit/192kHz.

At the top level, listeners will require headphones and earphones that are capable of Hi-Res audio to hear the increased quality.

Post pandemic Australians are preparing for hybrid work and living