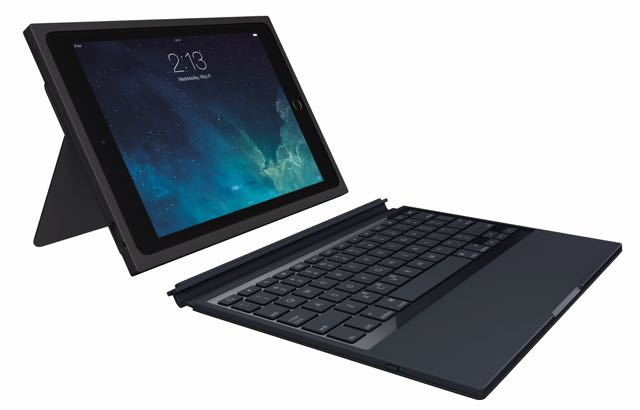 The iPad Air 2 is a pretty handy device but the BLOK keyboard case from reborn company Logi makes the device even more versatile whether you’re using it as a tablet or in place of your laptop.

Logi is the new brand name for Logitech which has announced a new look and a new direction.

The company’s new BLOK range of iPad cases have been built with protective ribbing and square shock-absorbing corners to keep the tablet safe and sound.

The case’s construction makes it strong enough to withstand a drop from a height of about 1.8m onto a hard surface.

The BLOK keyboard case includes the sturdy case with a built-in kickstand that means the iPad Air 2 screen can be angled any way want. 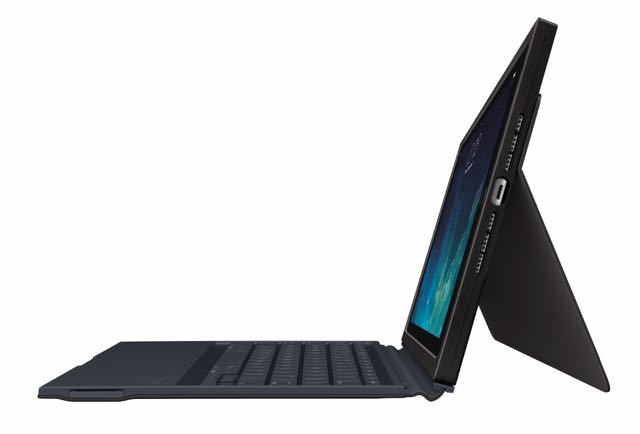 This is ideal for viewing content anywhere but when it comes time to get some work done or to type out a document, there is also a keyboard that attaches securely to the case with a magnet to effectively turn the iPad Air 2 into a mini laptop computer.

The six row keyboard is lightweight yet offers an excellent tactile typing experience.

The keys have a subtle concave shape and have a bit of travel (the keys can be pressed down a fair way) and feel like a proper laptop keyboard as opposed to typing on glass which offers no feedback.

Connecting to the iPad Air 2 with Bluetooth, the BLOK’s keyboard has row of iPad function keys as well as a full QWERTY layout.

And when you’re done typing you either close up the keyboard which then becomes screen cover. It even puts the iPad to sleep when you close it and wakes it up when you open it again. 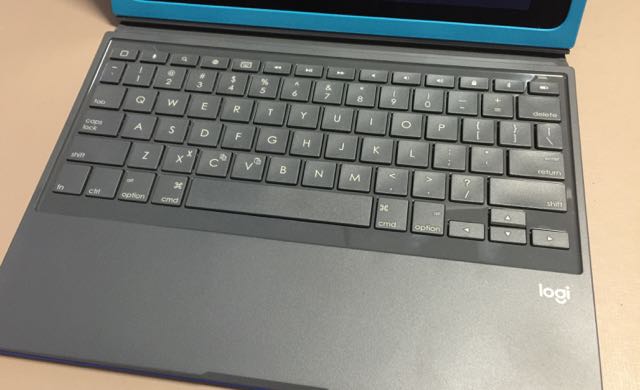 Or you can remove it altogether just as easily you attached it.

The keyboard can also be used when it’s detached from the case as long as it’s within the 10m Bluetooth range.

Logi’s BLOK case offers easy access to all of the iPad Air 2’s ports and buttons and also has an opening for the device’s camera lens.

And it’s not just safe from drops.

The Logi BLOK keyboard case can also repel liquids so in the event of a spill it can just be wiped dry and carry on.

With the previous Logitech keyboard case models, the iPad folded into the keyboard to create the stand.

Instead there’s the built-in kickstand and the downside of this is that its adds a little more thickness to the product.

And with the keyboard attached and in the closed position it also makes the case thicker than a laptop.

But it’s still quite light at 645g so it’s not going to weigh you down.

One thing you don’t have to worry about is charging the keyboard. It has a watch battery on board that will last for up to four years with average use.

The Logi BLOK keyboard case is a slick accessory for the iPad Air 2 that looks good and is quite functional.

If you want to turn your iPad Air 2 into a workhorse but also want a stand to enjoy your content at the end of the day, the Logi BLOK keyboard case would be a fine choice to help you achieve just that.