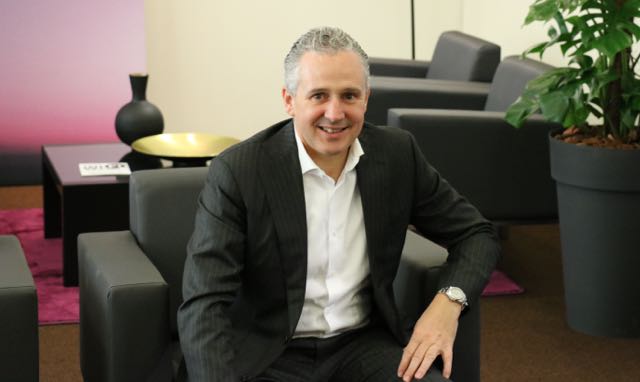 Telstra CEO Andy Penn says sharing 360-degree videos will become the latest challenge for networks as customers embrace the growing number of 360-degress cameras to create and share their content.

Speaking at Mobile World Congress in Barcelona, Mr Penn says the 4G network will be able to handle the anticipated extra load of 360 videos that have the potential to become the next big video format.

“There’s a lot of technology and investment that we’re putting in improving video both in terms of radio access network and the fixed network,” he said.

“The data increases on the mobile network in the last year were 42 per cent and on the fixed network it was 74 per cent.

“That’s mainly being driven by video and as we go from standard definition to high definition to 4K, 3D, augmented reality, virtual reality and now 360-degree video – all of that is going to drive data volume.

“If you look at GSMA stats they put augmented reality and virtual reality in 5G.

“There is going to be a lot of technological advancement in 4G – some of the radio access network suppliers are talking about 4G or 4.5G so I think there’s a lot of runway before assuming we have to move to 5G to accommodate 360-degree video.”

“We’re always doing new deals – we are always looking at new ways to improve it but they are bi-lateral discussions and that is one of the challenges to moving faster,” he said.

“Global roaming has been a pain point in the past – it’s a point now where it’s rapidly disappearing from being an issue in the sense that there’s lot of solutions whether they be day passes, Telstra Air wi-fi also has international hotspots associated with it.

“I think there are certain countries around the world where there is still a little bit of work to be done. They tend to be the less visited places but I do think it is beholden on the telecommunications industry to continue to make progress but I think a lot of the global roaming pain is behind us.”

On the recent Telstra network outage, Mr Penn pointed out it “was a function of process rather than an underlying technological issue”.

Telstra offered a free data day on February 14 as a way of making up for the inconvenience for customers.

Altogether customers downloaded 1.84TB of data on the Telstra network that day.

“I think the encouraging thing was that the network performed on the day,” he said.

“We always learn things when the network is under a lot of load but the network (on February 14) performed brilliantly.”