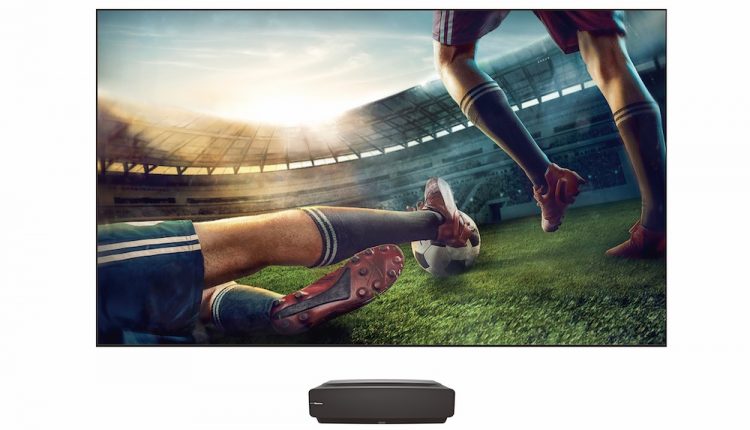 Hisense will be expanding its line-up of Laser TV short-throw projectors in 2021 along with the picture size with the current 100-inch L5F model being upgraded to offer a mouth-watering 120-inch picture.

And Hisense says it will also introduce two models later in the year that will offer even larger pictures sizes.

The Hisense Laser TV combines a short throw laser projector along with speakers and a TV tuner along with the VIDAA operating system and wi-fi connectivity like a regular smart TV.

The unit is positioned on your entertainment unit – in the same spot where you’d normally place a regular smart TV – and it beams the picture on to a fixed projection screen on the wall.

Hisense’s Laser TV is designed to attract the customer who has an interest in creating a home theatre with a projector but without the added trouble and expense of adding separate speakers, an AV receiver and amplifier and a separate TV tuner.

The Hisense L5F brings all of those things into one unit and does so with impressive 4K quality and crystal clear audio. 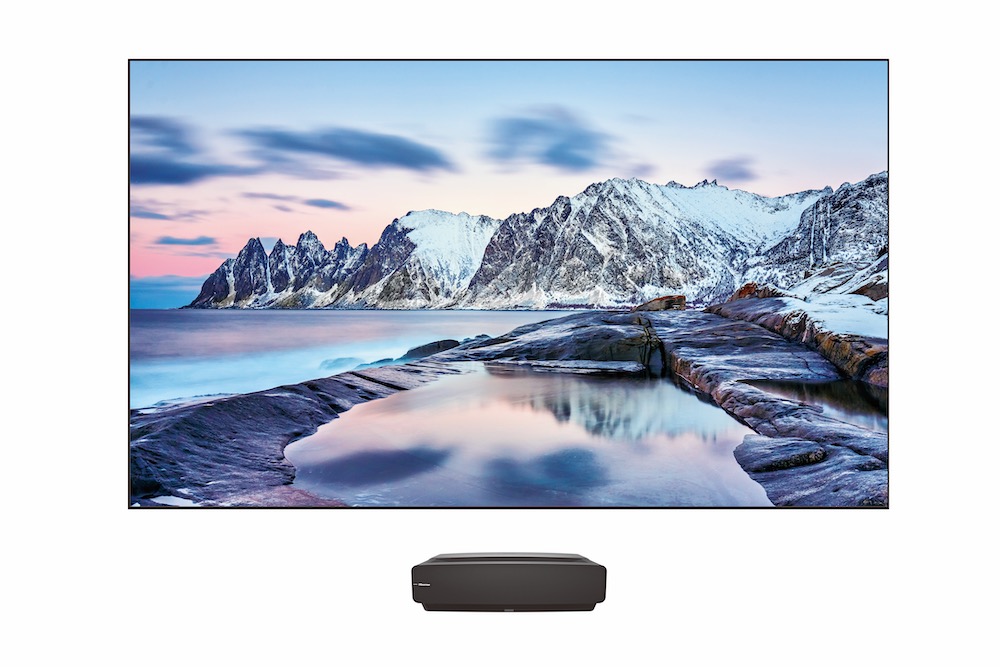 “Hisense has been a global leader in Laser TV technology for more than 10 years, including the global unveil of the world’s first 4K Ultra Short Throw Laser TV back in 2016,” Andre Iannuzzi, Head of Marketing at Hisense Australia, said.

“It’s a pedigree that we are incredibly proud of, especially with the range of patents and innovations that we’ve been able to pioneer in more recent years.”

“Laser TV technology has evolved significantly during this time – not only with respect to its technological advancements but also its growing popularity.

“In particular, the past 12 months has seen Australians’ appetite for larger-than-life home cinema solutions skyrocket and the popularity of our Laser TVs, which come with screen, speakers, TV tuner and our VIDAA Smart TV OS all included, is testament to this.

“This consumer interest is showing no signs of slowing down, which is why we are excited to be bolstering the Hisense Laser TV range this year with even more models for Australians to enjoy.”

It’s possible to preview what the Hisense Laser TV, and its range of other TVs, would look in your home by using the Hisense Home AR App.