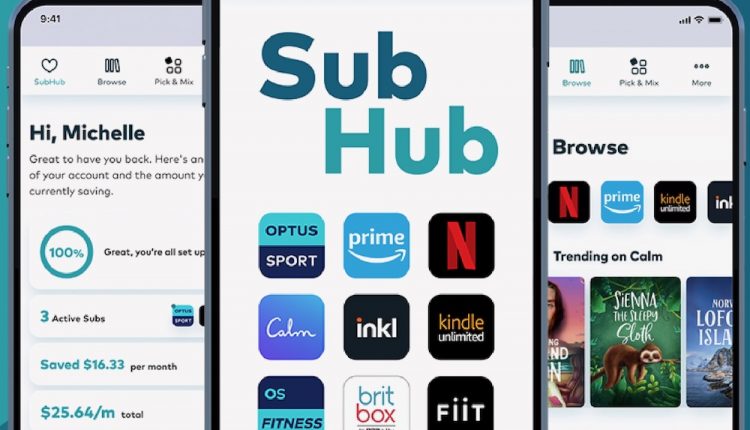 Optus has launched a new world-first service called SubHub which aims to simplify content subscriptions and put them all in one place to make them all easier to manage.

And SubHub, which has been in development for 18 months, is also designed to help customers bundle and save on their subscriptions as well.

The subscriptions and memberships available at launch will include Amazon Prime, Kindle Unlimited, Calm, Optus Sport and news service Inkl.

And coming soon to the platform will be Netflix, BritBox, Paramount Plus and Fetch TV. Optus is also in talks with Foxtel to join SubHub as well.

It’s not uncommon for customers to have several subscriptions to various services but managing them can be difficult.

They may also be all paid from different accounts and with different billings windows.

With SubHub, customers will be able to see all of the services in place and have more control over the bills and when they are paid.

In fact, the billing for all of your services will be taken over by Optus in SubHub and charged in one amount to your Optus bill.

Optus says all of the logins and passwords will also be managed in one place as well.

“The pitch is simple – in an increasingly complex and growing universe of digital content subscriptions, our customers tell us that they find it hard to keep track of exactly what subscriptions they have, are active, and how much they pay for them,” says Optus TV, Content and Product Development VP, Clive Dickens. 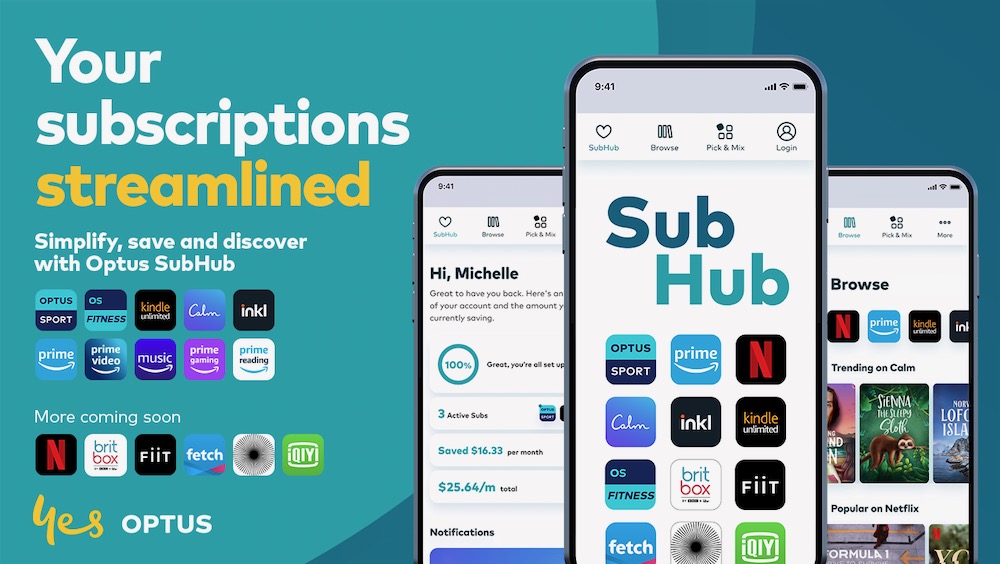 “With SubHub, we have turned the table on complexity with a single platform allowing customers to bundle their multiple new and existing subscriptions, enjoy them as they need them and pause them when they don’t, with just a few clicks.”

Customers can access SubHub and add their content subscriptions and digital memberships the My Optus App or at www.SubHub.com.au.

“We’re upping the ante on simplicity and value by reducing customers’ content subscription costs through SubHub – which is great news if you want to save money, and even better news if you want to avoid subscription FOMO (fear of missing out) and subscribe to even more must-have content – but may not have previously been able to justify it,” Dickens added.

Calm Chief Strategy Officer Alexander Will said, “Our partnership with Optus will bring transformational mental wellness resources to the Australian community at a time where there’s a renewed focus on mental health.”

Fetch TV Chief Executive Scott Lorson said, “Fetch has a longstanding partnership with Optus, and we are excited to participate in SubHub. As a master aggregation video platform, we share the vision Optus has of helping customers navigate the exciting, but at times complex, world of expanding content options.”

SubHub launches today and will be available exclusively to eligible Optus customers.

– BritBox (coming soon) – The ultimate collection of British comedy and drama, from brand new shows to loved favourites, direct from the BBC and ITV

– Calm — the leading mental wellness brand with the #1 app for sleep, meditation and relaxation

– Fiit (coming soon) – the UK’s number 1 rated fitness app with classes, group and solo workouts and training plans to help beginners and advanced fitness enthusiasts take their training to the next level

– inkl – the world’s leading bundled news subscription service with access to 10,000+ articles daily from sources like The New York Times, Financial Times, The Guardian, Economist and much more

– iwonder (coming soon) – a documentary and current affairs streaming service, curating the world’s best feature film documentaries and factual content all on one platform, with a vast library of more than 1,000 new, critically acclaimed, award-winning and festival favourite movies, series and shorts.

– Kindle Unlimited – Freedom to explore millions of eBooks and thousands of audiobooks on any device.

Samsung Watch 4 will include blood pressure tracking and ECG monitoring