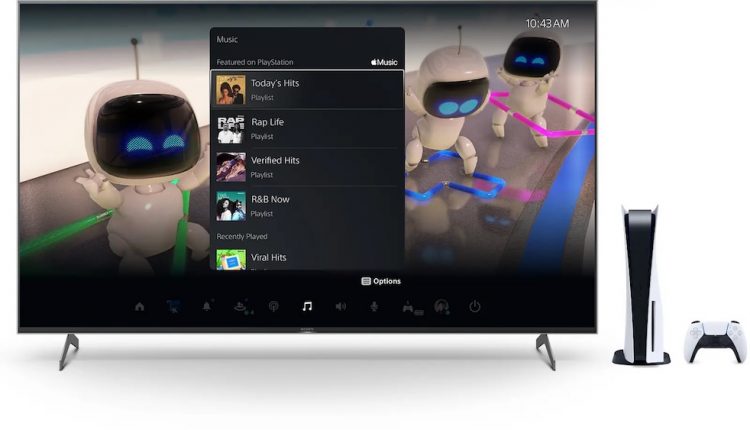 Apple Music is now available on the PlayStation 5 console

Sony Interactive Entertainment has launched Apple Music on the PlayStation 5 making it the first gaming console to integrate the music service and introduce an expansive catalogue to users globally.

If you have an Apple Music subscription and own a PlayStation 5, you’ll be able to log in to the service on the console and enjoy more than 90 million songs, tens of thousands of curated playlists, 4K music videos, Apple Music Radio and personalised playlists based on your music preferences.

Apple Music on the PlayStation 5 can used as background music and to watch music videos.

Players can also listen before, after and even during their gaming session.

Players can either start the Apple Music app before hopping into a game, or during gameplay by pressing the PS button on the DualSense wireless controller to access the Control Centre and select the Music Function card.

Apple Music subscribers can also find recommendations so the music can match the game they are playing.

They can also choose from their own playlist in their library or other Apple Music-curated playlists for gaming.

Subscribers can also find and watch music videos from a variety of artists in the Apple Music app.

You can start by playing the video in full screen and if you decide you want to go back to your gameplay or navigate elsewhere on the PS5’s home screen, the audio from the music video will continue to play.

And if you want to go back to the music video, it’ll also pick up from where you left off with no interruption to the music.