There has been a major disturbance in the Force. All six Star Wars films – one of the most iconic movie franchises of all time – will be available in digital format for the very first time this week.

With the seventh Star Wars film – Episode VII The Force Awakens – is due for release in December, fans can now enjoy the entire saga from a galaxy far, far away anywhere and anytime in high definition on their smartphones, tablets, computers as well as on Apple TV.

Episodes I-VI – The Phantom Menace, The Attack of the Clones, Revenge of the Sith, A New Hope, Empire Strikes Back and Return of the Jedi – can be pre-ordered now before they are officially available globally on April 10.

On iTunes they are priced at $24.95 for the HD version and $19.95 for the standard definition version. 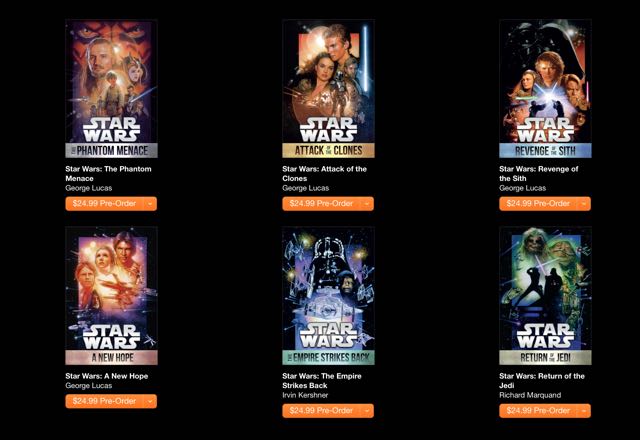 “Since the debut of the first film nearly 40 years ago, Star Wars has become a worldwide phenomenon with legions of fans from every generation,” said Alan Bergman, president, The Walt Disney Studios.

“It’s only fitting that audiences enjoy this legendary saga and its many fascinating behind-the-scenes stories on a wide variety of platforms, and we’re very excited to finally bring all six films to Digital HD for the first time.” 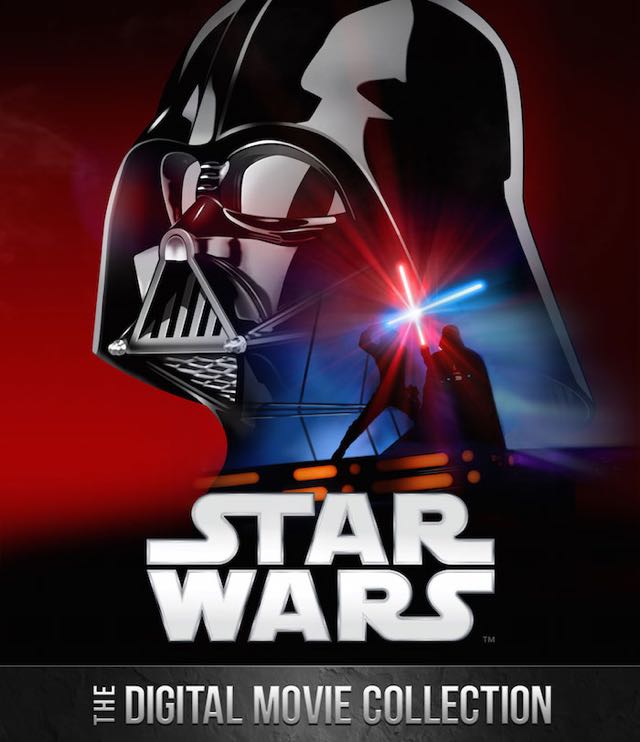 “We’re thrilled that fans will be able to enjoy the Star Wars saga on their digital devices wherever they go,” says Lucasfilm president Kathleen Kennedy.

“These films broke new ground in technology, design, sound, and visual effects, and we’ve created some very special bonus material which delves into the saga’s rich history, including new and never-before-released conversations between legendary Star Wars artists — the masters who helped George bring his iconic universe to life.”

Customers who download the films will also be able to view never-before-seen bonus footage including Star Wars: Discoveries from Inside and insightful Conversations between key contributors from across this extraordinary film franchise, plus a collection of classic Star Wars extras from each film.