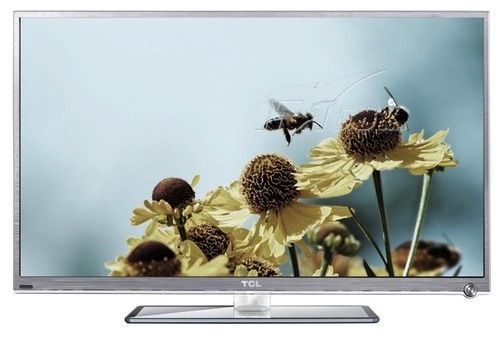 It might not have the name of a well-known Korean or Japanese company on it but TCL’s new 55-inch LED can match its competitors for quality and features and easily exceed them for value.

TCL, a relatively new brand here in Australia, is a Chinese consumer electronics manufacturer that also happens to be the number one brand in its home nation.

The company’s products are now being offered across major retailers including Harvey Norman, The Good Guys, Bing Lee and Betta Electrical.

TCL also has state of art manufacturing facilities and, if the 55-inch V7300 Series is anything to go by, it has easily dispelled the notion that Made In China can’t mean quality.

In fact, TCL’s new factory in Shenzen is a joint venture with Samsung which happens to be the number one TV manufacturer in the world.

With a recommended retail price of $1,599, the TCL 55-inch V7300 Series is half the price of some of the similar sized TV’s offered by its bigger name competitors.

It also has an slim bezel on the left, right and top of the LED display with a larger edge along the bottom where you’ll find the TCL logo and the on switch on the bottom right.

The bottom edge is also supplemented with a clear lip that runs the width of the screen.

The TCL 55-inch V7300 is an edge lit LED TV which means, without the traditional backlighting system, it is thinner than older LCD and plasma models.

The edge lighting technology also allows the TV’s picture to be lightened and darkened in different areas of the screen to improve contrast.

It is also has an active 3D screen and can also convert 2D to 3D on the fly.

And it’s also a smart TV which connects to your home network directly with an Ethernet cable or with an included wi-fi dongle if you don’t have a cable handy near the TV.

In smart TV mode, the TCL V7300 Series TV includes a Yahoo widget for news headlines, sport and local weather along with apps to access YouTube, Facebook, Twitter and the ability to surf the web with the included Opera browser.

Another benefit of the TV’s network connectivity is DLNA (digital living network alliance) which means users can stream content from other DLNA compatible devices like smartphones, tablets and computers on the same network.

The TV also has an amazing nine star energy rating which means it will run on the electrical equivalent of an oily rag and save viewers hundreds of dollars per year to run when compared to an older TVs.

One of the first things customers look for when buying a new television is the picture quality.

The good news is the TCL delivers surprisingly well in this department.

We had the same experience when watching full high definition Blu-ray Discs and saw a lot of detail and excellent black levels.

Viewing some standard definition programs we did notice some noise in the image in the darker parts of the picture but this could be as much a fault of the broadcast as the TV itself.

2D to 3D conversion provided some depth and layering to the picture but it was a hardly a replacement for the real thing and, at times, the converted imaged look like we were watching cardboard cut outs placed at different distances.

In proper 3D mode, viewing native 3D content it was a completely different story and crispness and detail of the image was still evident.

We did notice the brightness was reduced slightly when viewing through the included active 3D glasses.

The 3D active glasses worked well with the panel and kept time to present the 3D with hardly any noticeable cross talk or blurring.

One downer was the fact that you only get one pair of active 3D glasses with the TV. If you want the rest of the family to view 3D you will need to pay $59 for each extra pair.

The viewing angle of the TCL LED screen is also quite impressive so even while sitting almost sideways to the TV, the picture was still clear enough to see.

On the sound side the TCL has several sound modes to choose from and the resulting output was good enough for regular viewing with some surround processing.

This was ample but anyone looking for true surround sound should invest in a speaker package as well.

What’s missing with the TCL TV is the smart interactions like gesture and voice control that other, more expensive TVs, offers.

But this really doesn’t count against it when you consider the TCL is half the price of the TVs which do have those interesting, but gimmicky, add ons.

When you consider the features, the quality and the price, the TCL 55-inch V7300 Series is certainly punching way above its weight.

The picture quality on the TCL is in the same ballpark as the quality found on more expensive rival televisions.