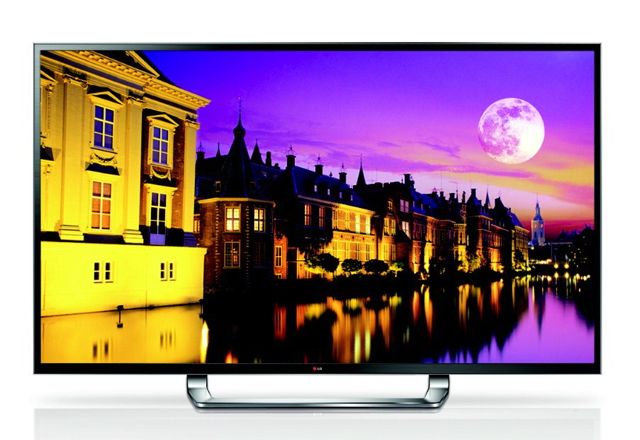 LG has made a big move in the television market – 84-inches to be exact – with the introduction of the world’s first Ultra Definition TV.

But the gigantic smart TV also comes with a big price – $15,999. It will be available from select stores from November 19.

The huge TV is designed to provide a cinematic experience in the home with four times the resolution of a full high definition television as well as the screen area of four 42-inch screens.

Ultra Definition – a term coined by LG – is otherwise known in the industry as 4K because the screen’s resolution of close to 4000 lines.

In fact the resolution of the LG 84-inch Ultra Definition television is 3840 x 2160 with more than eight million pixels on the panel.

The result is a stunningly large screen with a resolution so high it creates a picture that looks real enough to reach out and touch.

The screen has a sleek design and rests atop a u-shaped stand and is remarkably thin for such a large display.

But with hardly any Ultra Definition 4K content in the market for consumers, users are going to have to rely on the LG TV’s upscaling abilities.

This means that the screen can upscale a full high definition signal (1920 x 1080) input to 4K resolution.

This was dramatically demonstrated during a hands-on session with the Ultra Definition TV when we played the Blu-ray of the animated film Rango starring Johnny Depp.

Every single detail of the title character was looking sharper than ever on the 84-inch screen.

An added advantage of the on-board “resolution upscaler” being located within the TV is that it can accept regular inputs like a Blu-ray player and a gaming console and work its magic to provide a higher resolution 4K result.

We did take a look at some native 4K content that was running off a PC connected to the TV with a HDMI cable.

The scenes included remarkable shots of the American desert and Paris by day and night with the LG’s picture quality making it look as real as looking out a window.

Speaking of picture quality, it is still the number one consideration for any consumer buying a television with screen size, screen definition, sound quality and ease of use also following closely behind.

The LG Ultra Definition 84-inch LED screen manages to tick all of these boxes.

And the massive screen is also 3D and uses LG’s lightweight passive glasses to achieve a full high definition result.

Passive glasses reduce the resolution of the TV by half but with so many lines to use with the LG Ultra definition half of its 2160 lines is 1080 which is equivalent to full high definition.

Another interesting fact about the Australian TV market was the growth of the number of larger screens that are 55-inch and above.

The segment of TVs 55-inches and above has increased by 56 per cent year on year.