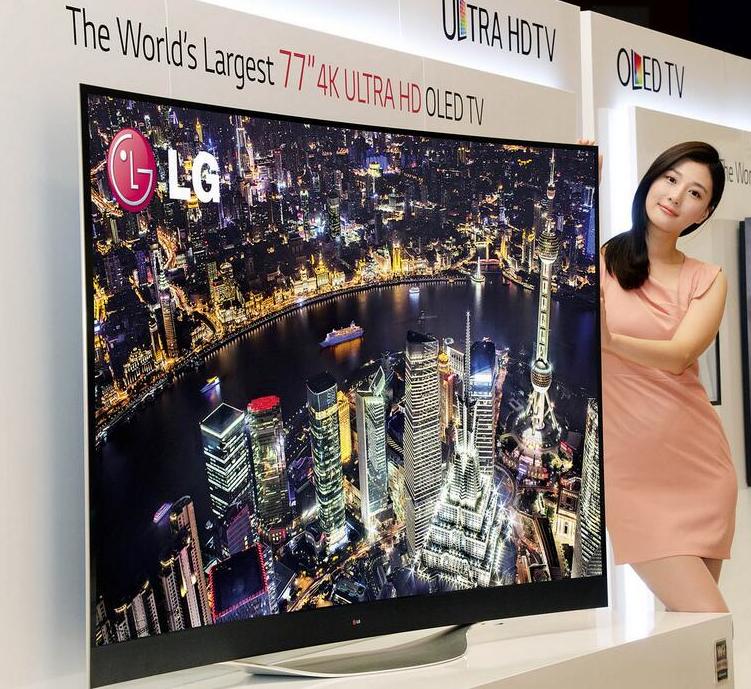 LG has kicked off the 2014 International Consumer Electronics Show with a stunning line up of Ultra High Definition OLED TVs and connected home devices.

LG was the first company to kick off Press Day on the eve of the huge CES show and didn’t disappoint with its stylish and innovative line-up of products.

The company theme is creating more possibilities for its customers with easier connectivity between LG home appliances using the new LG HomeChat messaging service in partnership with Line mobile messaging.

It can essentially allow users to communicate with their device whether they’re at home or out.

You can tell the oven you’ll be home late so it can hold off cooking your dinner or ask your fridge how many beers are left.

HomeChat also allows you to ask the LG oven the ingredients to a favourite recipe or get the LG fridge to send you a shopping list.

Onboard these head-turning models is LG’s proprietary WRGB OLED technology with a resolution of 3840 x 2160.

The picture quality and clarity of the TV is controlled by LG’s Colour Refiner which works hand in hand with OLED’s amazing contrast and black levels to deliver an amazing result.

It can also provide a smoother, clearer and more realistic image using another technology under the hood called Motion Estimation Motion Compensation (MEMC).

It also provides a high-end audio experience as well with an incorporated 7.2 multi-channel sound system which was designed in partnership with Harman Kardon.

LG has also revealed its Gallery OLED TV that looks like a framed painting. Inside the frame is where LG has located the TV’s speaker system while the TV itself can display your favourite works of art in a special screensaver mode.

With Ultra High Definition TVs – also known as 4K – TVs making up the bulk of the new LG TV line up, the next thing customers will be expecting is content to enjoy these new screens.

LG has partnered with internet television network Netflix to stream ultra high definition 4K content to 12 models that will support this new service.

Reed Hastings, Netflix CEO, was also on hand at the LG press conference to announce House of Cards – a Netflix exclusive program shot in 4K – will be the first available to stream in 4K Ultra High Definition later in 2014.

What enables this is the new webOS smart TV platform that offers a streamlined operating system to make it easier to access the TV’s features and content.

The simple interface is designed to give users an easy way to set up and use the smart TV which is considered by many to be too complicated to fully utilise all of the features and content.

It has a vibrant new-look that colourful and easy to navigate.

LG will, of course, still be offering a full range of full high definition smart TVs in plasma and LED which will now feature improved voice and finger gesture controls.

Speech is now recognised faster and more accurately for even easier control.

Finger gestures works with the built-in camera of LG’s plug-in camera and uses movement tracking technology to pick up the subtle movements of a single finger.

Now instead of getting tired waving your arm around to change the channel or adjust the volume, users only have to lift a finger to make the command.