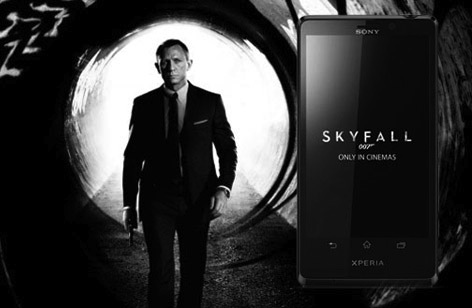 Who doesn’t want to be like Bond, James Bond? Well you can use the same smartphone as the onscreen super spy – the Sony Xperia TX – when it goes on sale next week.

The Xperia TX has a high definition screen, one touch sharing using NFC (near field communication) and a 13-megapixel camera.

The device has a 4.6-inch high definition Reality Display which is powered by Sony’s Mobile Bravia Engine to provide clear, sharp images and videos.

Onboard is the Android 4.0.4 Ice Cream Sandwich operating system along with a 1.5Ghz dual core processor for fast performance and longer battery life.

Sony not only brings its Bravia display technology to the Xperia TX, it also contributes significant camera technology as well with the 13-megapixel fast capture camera.

It has faster reflexes than Bond himself and can go from sleep to snap in a second so you won’t miss a thing.

The Xperia TX’s camera can also capture full high definition 1080p video as well as 720p from the front camera.

The device is also an entertainer with Sony’s media applications Walkman, Album and Movie pre-installed and giving users access to content directly from the handset.

The Xperia TX is also PlayStation-certified so you can enjoy PlayStation Mobile games on the device anywhere.

Another significant feature of the device is NFC which allows things like easy e-ticketing and on-the-go payments.

NFC is also handy for sharing things like music and photos simply by touching the device to another NFC-enabled device.

The device is not 4G but will work across all the 3G networks. In fact the Xperia TX has HSPA+ on board to get up to double regular 3G speeds.

The Sony Mobile Xperia TX will be available from November 28 from Vodafone on a $50 plan or for $699 outright from Sony Centres.