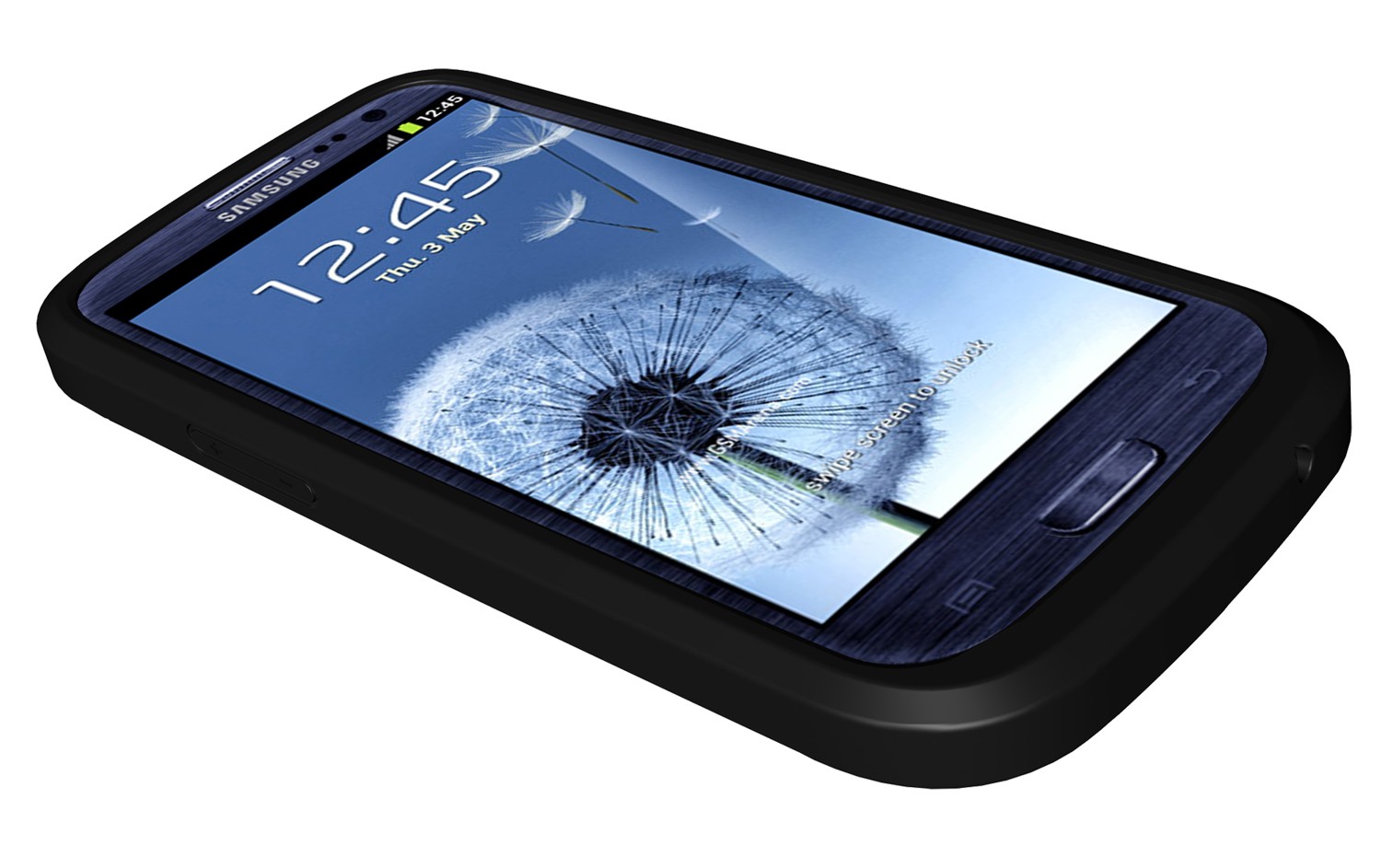 Users of the popular Samsung Galaxy S III will now never be left without power thanks to the new PowerSkin silicone case with built-in battery.

At first glance the PowerSkin looks like a regular case which can easily fit the device.

On the back of the product is a small bulge which houses the PowerSkin’s rechargeable 1500mAh battery.

The Galaxy S III fits easily inside the case and can be connected to the built-in microUSB plug.

The microUSB plug is on the end of a short cord to allow an easy fit for both the 3G and 4G versions of the Galaxy S III.

Once connected the cord can be tucked away inside the case when the device is inserted.

It’s possible to still use the camera, access all of the buttons and headphone jack and, of course, use the phone while it’s inside the PowerSkin case.

The PowerSkin case doesn’t add to much bulk and it can still be carried out quite easily while it’s being recharged.

On the side of the case is another microUSB port which is where the case’s battery can be recharged either on its own or with the Galaxy S III inside.

With the Galaxy S III onboard it’s possible to charge both the battery of the case and the battery on the device.

On the back of the device is a button and a battery indicator.

A press of the button will activate the charging mode of the case and start recharging the Galaxy S III.

And the indicator lights will show users exactly how much power is left on board.

So no more looking for a power point when your device’s battery is running low and no need to worry that you’ll run out of battery if you’re still out and about and away from your charger.

The PowerSkin case can provide about a three-quarter recharge of the Galaxy S III’s battery or an extra 240 minutes of talk time and 200 hours of standby time.

And it’s also got NFC (near field communication) on board so there’s no need to take the Galaxy S III out of the PowerSkin case to share information or make a mobile transaction.

The PowerSkin is also available for the iPhone 4/4S and the HTC One S.