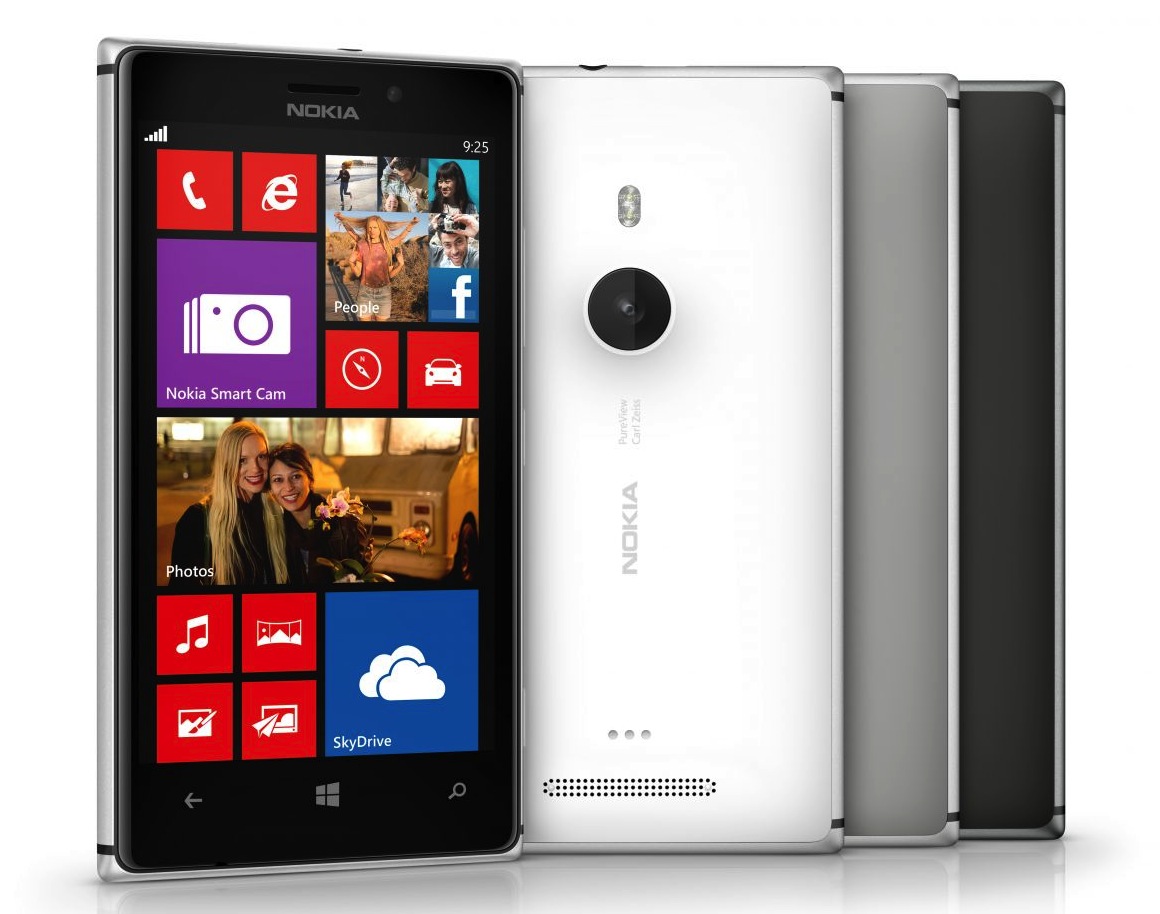 The Nokia Lumia smartphones are improving with each model and, one of the latest, the Lumia 925 would have to one of the best in the growing range.

Nokia has always been a top shelf hardware manufacturer and the Lumia 925 is a great example of the company’s ability to come up with well-built and well-designed product.

The Lumia 925 has a sharper and more angled appearance with less of the rounded edges of previous models.

It is thin – just 8.5mm thick – and light – 139g – and feels comfortable in your hand thanks to a soft rubberised rear panel that helps the user keep a better grip on the device.

The edges have a shiny metallic finish and the bezel and screen form a smooth seam.

The top edge has the sim card tray, microUSB port for charging and the 3.5mm headphone jack.

On the right side is the volume up and down key, the on/off/lock key and a dedicated camera shutter button.

The left and bottoms edges are smooth and bare while the back contains the PureView 8.7-megapixel camera with Carl Zeiss lens and dual LED flash.

There’s also a speaker grille along the bottom of the rear panel.

Photos, videos and apps looked great on the display and are also easily readable outside in bright sunlight.

The device is running the Windows Phone 8 operating system which offers users a closer tie to their Windows ecosystem including access to your documents and your SkyDrive cloud storage service.

The user interface is easy to navigate and it’s easy to pin your favourite apps to the home screen and even customise the size of the tiles and the layout.

Our only criticism of the system is the lack of the number and variety of apps (What? No Instagram??).

But on a positive note, the apps optimised for the Windows Phone 8 offer live view – a feature that allows users to see the latest info from that particular app without having to open it.

One of the standout features of the Lumia 925 is without doubt the camera.

This smartphone takes excellent pictures thanks to the Carl Zeiss lens and image sensor on board.

Even in low light the Lumia 925 can still capture nice images. As you can see from our test shots taken on Sydney Harbour, the pictures have nice exposure and colour.

Battery life was another big plus for the device with a charge easily lasting the entire day.

It’s a little lacking on the memory side with just 16GB of internal storage and there’s no microSD card slot to expand the capacity. But Nokia does offer and additional 7GB of SkyDrive storage.

We believe there is a 32GB version available that’s exclusive to Vodafone.

The Nokia Lumia 925 has almost identical specs to the Lumia 920 despite a new design so anyone upgrading from the 920 is almost buying the same product.

Performance wise the Lumia 925 is good but still lags behind some of the other quad core devices on the market.

For most users the decision to purchase this device will be made, or not made, solely on the fact that it is running Windows Phone 8 instead of Android or iOS.

If it was to be judged on Nokia’s hardware alone, Nokia would have a much larger market share.

The Nokia Lumia 925 is a good smartphone that won’t appeal to everyone but it will still tick all the boxes for a wide range of users.

Rush on to sell old devices ahead of new iPhone launch