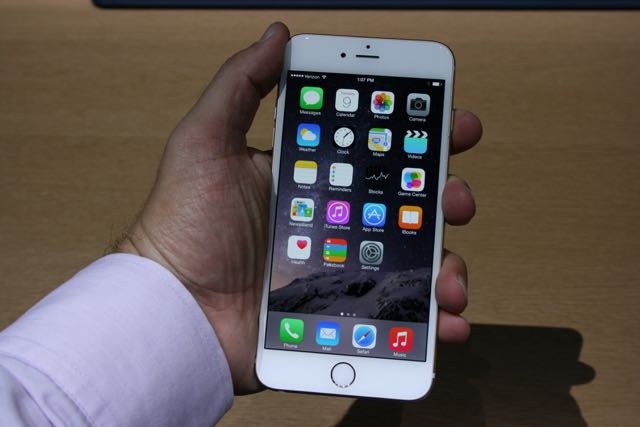 The gold iPhone 6 Plus is the device of choice at Apple’s George St store in Sydney after Tech Guide conducted an exclusive poll of 500 of customers.

Tech Guide took the time to poll 500 customers who were waiting in the line and asked them which iPhone, colour and memory capacity they’d be buying.

The iPhone 6 Plus sold out in less than an hour at the George St Apple Store while there was still a healthy supply of iPhones 6 devices in stock, according to an Apple Store staff member.

The most popular choice of the two iPhones was the larger iPhone 6 Plus which had 77 per cent of the overall tally.

These figures indicate a clear preference for the larger of the two iPhones which was also reflected in the record-breaking pre-orders as well.

Local telco stores selling phones on plans in Sydney are reporting they are sold out of iPhone 6 Plus with plenty of iPhone 6 models in stock.