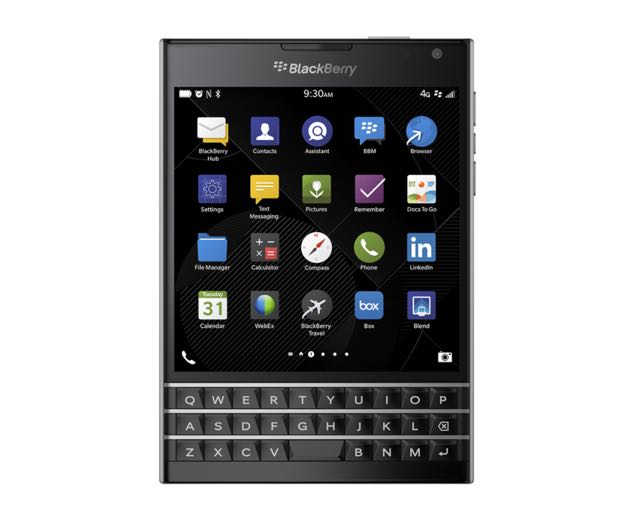 BlackBerry is still in the smartphone game and has just unveiled a new mobile device that retains the signature keyboard but with a square screen.

BlackBerry Passport is designed for mobile professionals and has a 4.5-inch square high definition touchscreen with a resolution of 1440 x 1440.

Also onboard is the industry’s first full QWERTY keyboard with has a responsive surface that acts like a trackpad to move the cursor and scroll web pages.

The physical keyboard is four times more accurate than the BlackBerry 10 virtual keyboards with an error rate 74 per cent lower.

The larger square screen has been optimised for viewing and creating content on the move whether it’s emails, a document, a web page or a map.

Also under the hood is a 3450mAh battery that designed to keep up with even the most active users with up to 30 hours of mixed use.

The device has also introduced BlackBerry Assistant – its own version of Siri and Cortana – the voice activated digital assistant.

Another new feature of the BlackBerry Passport is BlackBerry Blend – a platform that can deliver your messaging content to other devices like tablets and computers.

It will work across the Mac and Windows platforms as well as on iOS and Android devices.