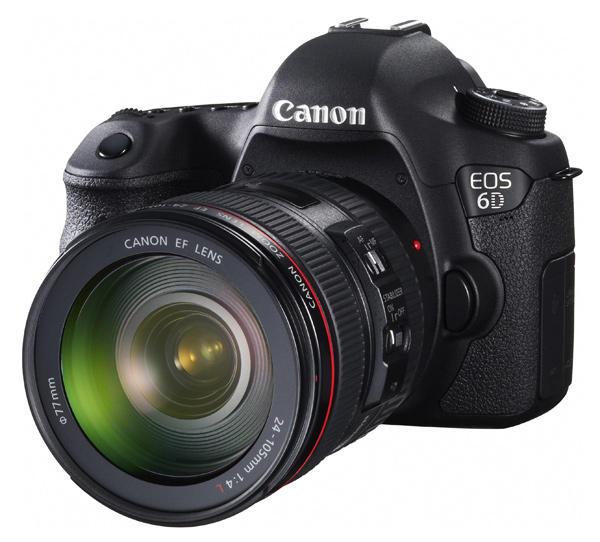 Canon has unveiled its latest camera models at Photokina in Cologne, Germany including the lightweight DSLR EOS 6D and the PowerShot G15 advanced compact.

Photokina is the world’s largest trade show for the photographic and imaging industries and is held every two years.

The Canon EOS 6D will be available in early December in a body only and kit version which will include the EF 24-105mm f/4L IS USM zoom lens.

The PowerShot G15 is the latest addition to Canon’s powerful G Series of advanced compact cameras.

Available from mid October, the G15 has 12.1 megapixel resolution and suits the amateur who wants to stay creative with their photography or a professional who’s after a high quality compact.

Canon is calling the PowerShot S110 its most connected and creative compact camera ever. And with good reason.

The PowerShot S110 is a pocket-sized camera with a touchscreen that works with a front control ring to allow full manual control.

Also on board the 12.1 megapixel camera is wi-fi connectivity for wireless printing and sharing.

Users can even transfer images from the S110 to smartphones using the Canon CameraWindow app.

The Canon PowerShot S110 will be available at the end of September.

The 24-1440mm 35mm equivalent lens can get you right up close to your subject while digital zoom can increase that range to up to 100x zoom.

Seek allows users to quickly re-frame their shots on their subjects without having to zoom back and forth and lose focus.

Lock reduces camera shake and also removes one of the problems of long range zoom – losing sight of your subject when trying to take your picture.

The Canon PowerShot SX50 will be available in mid-October.

Listen to Episode 14 of the top-rating Tech Guide podcast