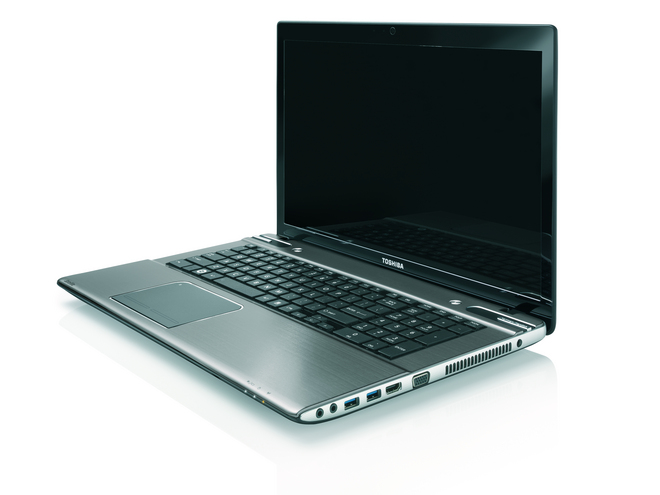 Toshiba has launched a brand new line-up of laptops to suit all types of users and styles which all include enhanced gaming and multimedia technology.

The range offers customers a choice of colours and textures which has become just as much of a consideration for fashion conscious users as the technical features.

“Technology has become as much of a fashion statement as it has a necessity,” said Toshiba Australia product marketing manager Justin White.

“Consumers are no longer just looking for a list of specs and features but instead want notebooks that match performance with style.”

Leading the range of Toshiba’s new laptops are signature laptops Qosmio X870 and the Satellite P850.

If gaming’s your bag then the Qosmio X870 has power to burn thanks to the Intel Core i7 Quad Core processor and the latest NVIDIA GeForce GTX 670M graphics.

The device has an illuminated Qosmio Red and Storm metallic finish with a red backlit keyboard.

Under the eye-popping hood there’s a massive 16GB RAM (expandable to 32GB) and 1.75TB storage which is made of up 750GB hybrid disk drive, 8GB SSD (solid state drive) and 1TB hard disk drive. This set provides faster access to your data

The Qosmio X870 is available now exclusively from Harvey Norman.

Described as the stylish entertainer, the Toshiba Satellite P850 offers a touch of luxury for users on the move.

With a 15.6-inch high definition screen, the P850 offers high performance for work and play.

It has a brushed metallic silver finish and a third-generation Intel Core i7 quad core processor and a DVD/Blu-ray optical drive.

On the audio side, users will also find a pair of Harman Kardon speakers to add even more punch to their music, games and movies.

The Toshiba L850 offers a lot of bang for your buck and is available in your choice of Arctic White, Sonic Silver and Metallic Ice Blue.

The device has a 15.6-inch LED backlit screen and Intel Core i7 processor with 4GB RAM (expandable to 16GB) and a 1TB hard drive.

Weighing in at 2.4kg, the L850 features Toshiba Hi-Speed start feature so it can boot up quickly and be ready to get to work even faster.

It also has a gesture touchpad which allows users to swipe, touch, click or zoom for easier on-screen navigation and control.

There are two USB 3.0 ports and one USB Sleep and Charge port to allow users to connect and charge their mobile device even when the L850 is in sleep mode or off.

And you don’t even need a password for security with the Satellite L850 which now includes Toshiba’s Face Recognition.

The Toshiba Satellite L850 is available from mid May and will be priced at $1,299.

If you’re after a larger screen then take a look at the Satellite P870 which comes with your choice of a 17.3-inch high definition screen or full high definition 3D screen.

The P870’s larger screen suits users who want to enjoy their movies and games on the go.

And you know the Intel Core i7 quad core processor has got your back in terms of performance to power through work or play.

The Toshiba Satellite P870 will be available at the end of May when it will be priced at $1,999.

The Toshiba Satellite L840 laptop has a glossy Arctic White finish and is a good allrounder with a long list of special features.

Among them are a 14-inch LED backlit display, 640GB hard drive, 8GB RAM and with an Intel Core i5 processor.

The L840 has Toshiba Hard Drive protection which can park the hard drive to save your files and memories in the event of a drop or knock on the device.

The Toshiba Satellite L840 is exclusive to JB Hi-Fi stores and is available now for $699.

The Toshiba C850 is an affordable, yet feature packed, laptop that’s ideal for families and students.

It has a stylish slim black gloss design with a 15.6-inch screen with your choice of a 320GB or 500GB hard drive.

It has 4GB RAM and an Intel Core i5 processor with face recognition log in and a Blu-ray drive.

The Toshiba Satellite C850 is competitively priced at $799.