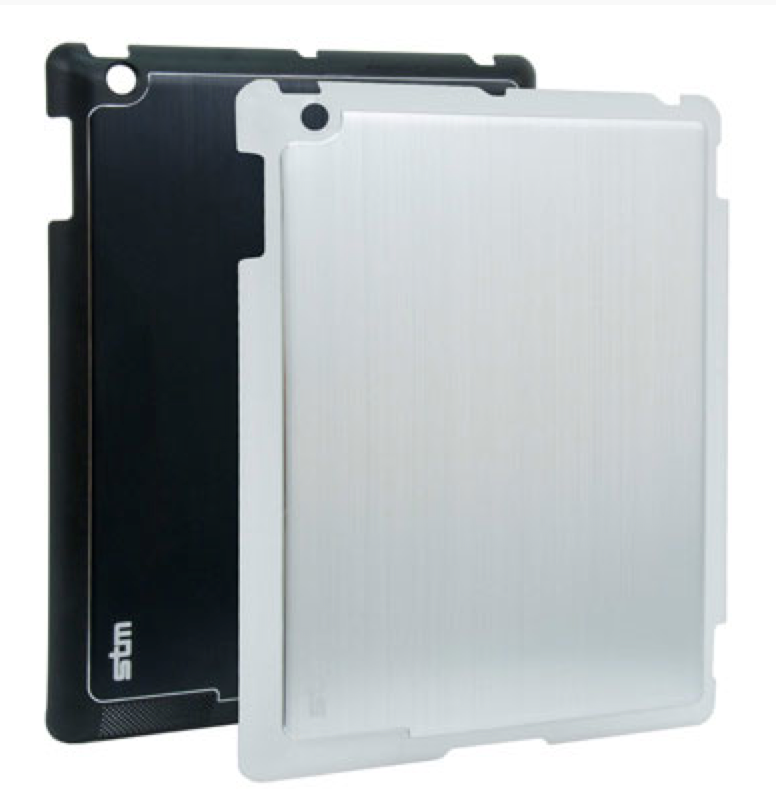 STM, the well-known Australian company which produces high quality computer bags and cases, has released a new hard shell for the iPad 2 and the new iPad.

The Half Shell is a snap on back cover with a brushed aluminium rear panel which is available in black and silver.

The case will fit the iPad 2 and the recently released third generation iPad.

And even with the Half Shell on your iPad, users are still able to attach Apple’s Smart Cover to protect the screen.

In fact, the STM Half Shell has a clip that holds the Smart Cover securely into place to ensure the screen and the back of your iPad is completely protected.

The Half Shell is ultra thin and light and adds hardly any weight or bulk to the device.

Of course the case still gives users access to the all the ports and buttons on the iPad as well as the camera.