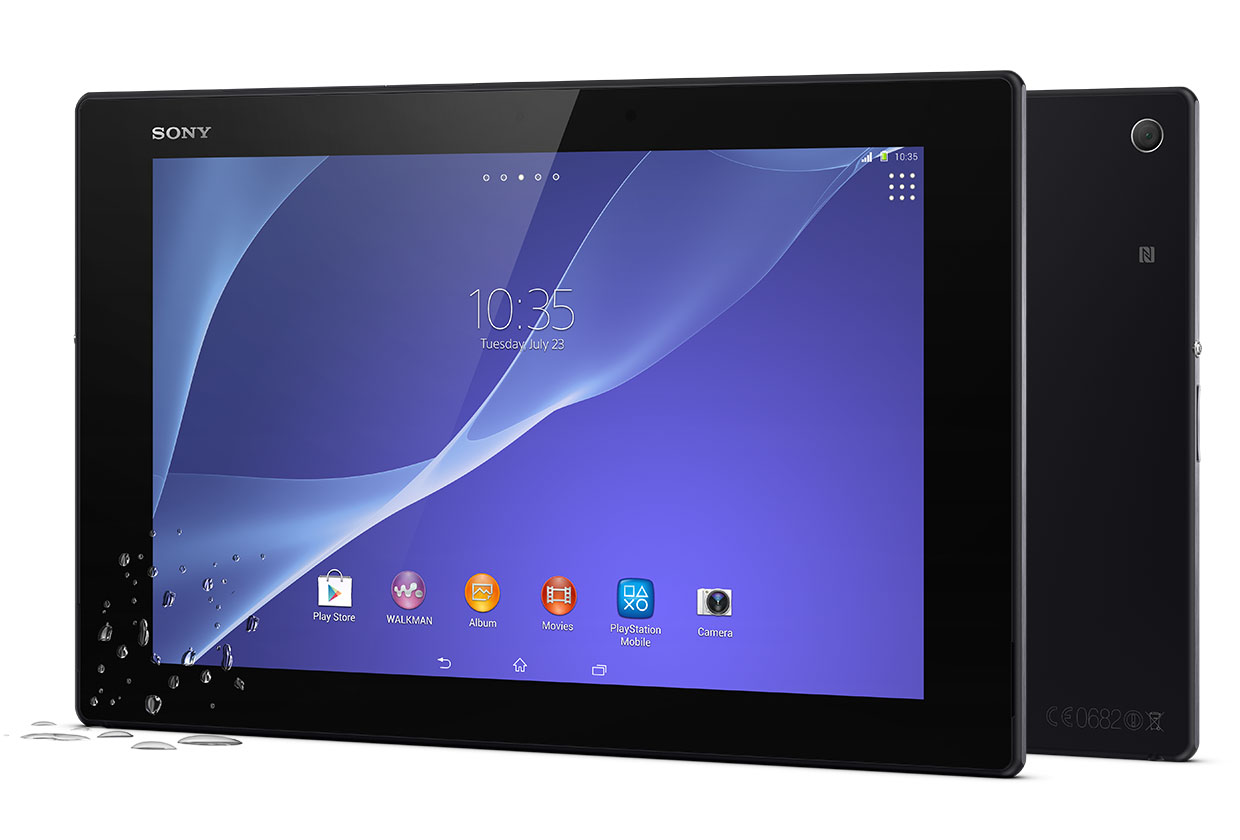 Sony’s latest Xperia Z2 tablet is thinner than the previous model and yet it manages to pack in a number of advanced features.

Onboard the Android device is the best of Sony technology – namely the Triluminos display for mobile and X-Reality engine – that makes the Xperia Z2 tablet’s full high definition screen a real standout.

The Sony Xperia Z2 is just 6.4mm thick – in fact the device is the world’s thinnest and lightest (426g) waterproof tablet.

The device still has the same design with its rounded corners and small watertight doors to access the charging ports and microSD card slot.

You can only appreciate how thin the device is when you’ve got it in your hands. And at just 426g, holding the Xperia Tablet Z2 is not going to weigh you down much either.

These dimensions make it easy to take the device with you anywhere and have it constantly by your side.

The front panel still has quite a wide bezel around the 10.1-inch screen – it’s almost 2cm wide.

This means Sony can quite possibly fit a much larger screen in the device without increase its overall size. We’d love to see that.

The on/off/lock key is on the left side above the volume key while the rear panel has the 8.1-megapixel camera in the top right corner. The front facing camera is a handy 2.2 megapixels.

Throw in the X Reality engine – another Bravia TV feature – and you’ve got smooth performance and impressive lifelike colours.

When you’re watching a movie, playing a game or using an app you can really appreciate the screen’s true quality.

And if you’re into gaming, Sony also offers access to the powerful PlayStation platform from the device.

Users can even link up their PlayStation DualShock3 controller for a console-like experience.

The fact the device is waterproof is another feature that stands the Xperia Z2 out from the crowded field of Android tablets.

And when we say waterproof we’re not talking about a few drops of water on the screen that you can wipe off.

Users can fully submerge the tablet; even take a bath or a shower with it, without the device skipping a beat.

On the connectivity side the Xperia Z2 is available in wi-fi as well as 4G versions.

Also onboard is NFC (near field communication) to easily pair with other compatible devices and to share content.

Speed is something that users will notice when they’re using the device thanks to this processing power.

Apps open instantly and moving between screens is seamless as is accessing content to play, watch or listen to.

The onboard camera, for those who don’t mind using a tablet to take their pictures, can capture impressive images in good light.

Images captured in low light were average at best – mainly due to the fact there is no flash.

Battery life we found to run at about 9-10 hours, which is respectable for a tablet that’s so thin and light.

Sony’s Xperia Z2 tablet is a well-designed thin and light Android device that stands above the herd of other similar devices.

These features and quality come at a premium with pricing that’s slightly higher than other Android tablets.

But well worth it if you want a tablet that offers both quality and durability.

Elgato Smart Key won’t let you leave anything behind