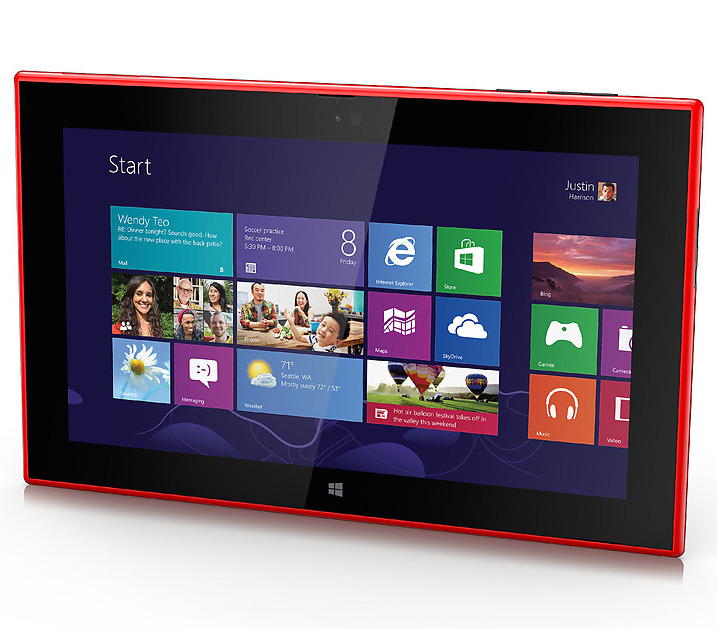 Nokia’s first ever tablet – the Lumia 2520 – will be available in stores from this week preloaded with Windows RT 8.1 and 4G/LTE and wi-fi connectivity.

The Nokia Lumia 2520 has a 10.1-inch high definition display and has 2GB RAM and 32GB internal memory which is expandable with a microSD card slot.

The device will be available in Telstra stores from this week before being offered in more stores nationally from May 13.

Onboard is a vivid display with enough brightness and clarity to be easily read inside and out and a battery that can power through for up to 11 hours.

It also supports fast charging with the ability to get to 80 per cent battery after just one hour of charging.

There’s also a 6.7-megapixel camera complete with Zeiss optics – the first time these optics have been used on a tablet – and combine with proprietary Nokia imaging algorithm to help you take superb pictures.

Users can pair the Lumia 2520 with the Nokia Power Keyboard which is not only a fully functional keyboard – it also two USB ports and gesture trackpad.

The Nokia Lumia 2520 can be purchased on the Telstra $35 Tablet Plan plus $25 per month device repayment for 24 hours which includes 4GB of data.

Customers can also buy the Nokia Lumia 2520 in black outright for $840. The Nokia Power Keyboard is priced at $240.