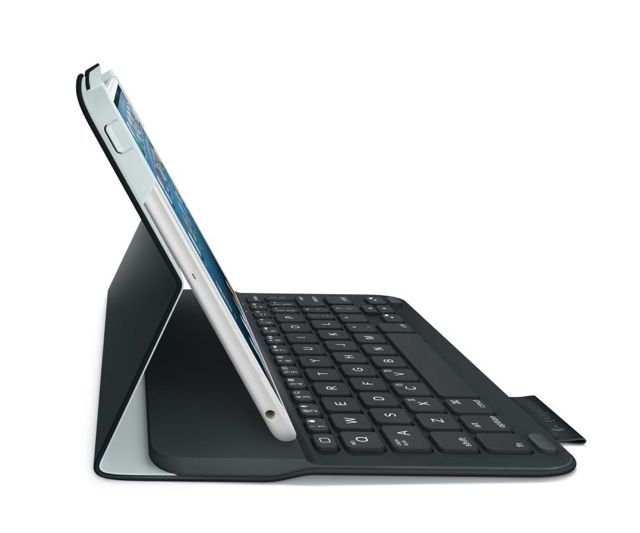 Logitech has been enhancing our tech experiences with innovative products and has just released new iPad accessories and, for the first time, smartphone accessories.

With the iPad Air due for release this week, Logitech has made some timely announcements for those looking to wrap their new Apple device in some stylish and functional accessories.

Also included in the range of products is a new iPhone case that works with some handy new accessories.

This FabricSkin Keyboard Folio is designed for the new thinner and lighter iPad Air and offers protection front and back without adding hardly any bulk to the device.

Also included is a thin and light Bluetooth keyboard with full size keys and iOS shortcuts.

Available late November, the case also includes the SecureLock system which are low profile clips to keep the device firmly fastened in the case.

The newest iPad can also be protected while, at the same time, providing a handy keyboard when it is not magnetically attached as a cover.

The Logitech product has a special magnetic clip that can help the keyboard cover become an iPad stand whether it is for viewing or working.

The well-designed keyboard case has as much an emphasis on style as it has on functionality with a keyboard layout that allows for the maximum size keys.

Both the front and back of the iPad Air are protected so it is a perfect companion for anyone who likes to use their device on the move.

If you’ve just invested in the iPad Air you want to provide some decent protection and look good while you’re doing it.

The Folio Protective case has the SecureLock system so you know the device isn’t going anywhere without your permission.

Logitech’s first iPhone case cannot only protect your iPhone 5S it can also make it easier and safer to answer your calls while you’re driving.

The Case+ attaches to the included magnetic windscreen mount so that it can be positioned conveniently while you’re behind the wheel.

There is another version of the Logitech iPhone case that comes a magnetic kickstand that can also double as an earphone cord wrap.

Logitech latest products will also include keyboard cases for the iPad Mini, the Galaxy Tab 3 10.1 along with the Wireless All-In-One Keyboard TK820 that can be used with a smart TV and the Ultrathin T630 Mouse for Windows and T631 Mouse for Mac, the Z600 Bluetooth speakers for Mac and Ultrabook computers and G602 Wireless Gaming Mouse that can give players the edge.