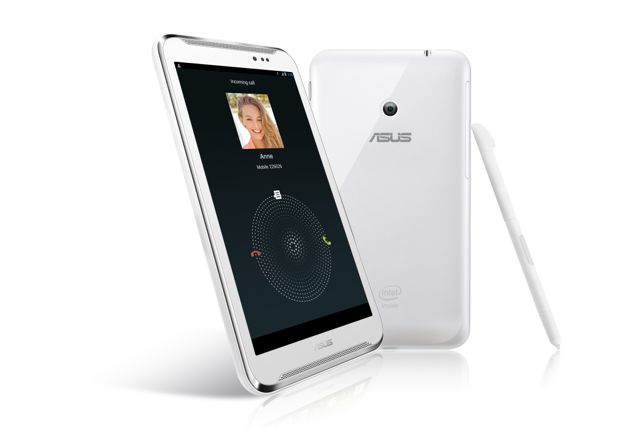 ASUS announced a range of new products at Computex including the Transformer Book Trio which is a Windows 8 laptop, desktop PC and Android tablet in one.

Also announced was the affordable ASUS MemoPad HD 7 – a 7-inch tablet that will start at $US129 alongside the ASUS Fonepad Note FHD 6 which is part smartphone and part tablet.

Other products unveiled in Taiwan were the ASUS VivoMouse which is a cross between a mouse, touchpad and PC remote control.

This is the world’s first three-in-one mobile device with an 11.6-inch detachable display that can perform like a Windows 8 laptop or desktop PC while offering the convenience of an Android tablet.

Yes, it can run different operating systems – Android when it’s in tablet mode or Windows 8 laptop when it is connected to the included keyboard dock and Windows 8 desktop PC when it connects to a PC Station Dock.

The desktop dock includes Intel’s 4th Generation core i7 processors and a 750GB hard drive while the tablet itself has a full high definition display and up to 64GB storage.

This value device will be aimed squarely at the entry-level customer who wants to gain a larger screen with an affordable tablet.

Also under the hood is a quad-core processor plus a 5-megapixel camera and ASUS Sonic Master audio technology.

If a 3G Android phone and an Android tablet ever had a baby together it would look a lot like the ASUS Fonepad Note FHD 6.

This “phablet” is being seen as a direct competitor with the Samsung Galaxy Note II which has a 5.5-inch screen.

The ASUS product is also a smartphone with a 1920 x 1080 full high definition 6-inch screen and it’s all powered by the Intel Atom Z2560 dual core processor.

The device can also be used as a wireless remote control for home entertainment PCs.