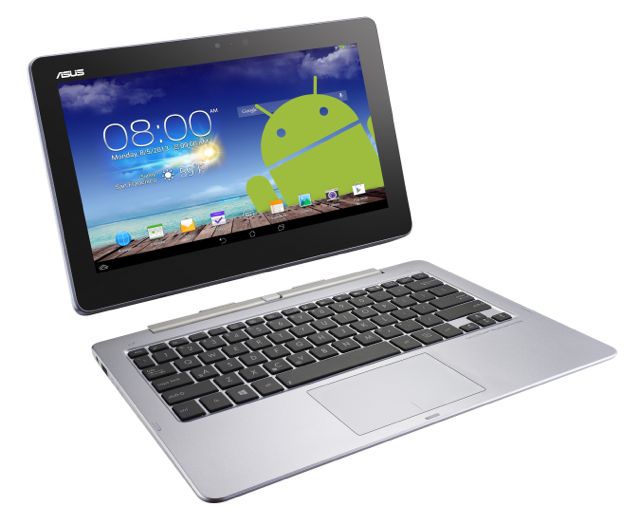 ASUS has a released the Transformer Book Trio – a new breed of device that can be used as a tablet, laptop and desktop computer.

The device can even run both Android and Windows 8 operating systems depending on the mode you’re using.

A common scenario for customers is trying to decide on whether to buy a tablet or a laptop as well as debating whether they still need a desktop computer.

Now with the ASUS Transformer Book Trio you can have all of these devices with a single product.

The device is made up of an 11.6-inch display and a PC keyboard dock.

On its own, the 11.6-inch full high definition display is an Android tablet which has its Intel Atom dual processor and 16GB.

But when the tablet is docked to the keyboard, the ASUS Transformer Book Trio can switch between Android 4.2 to Windows 8 operating systems.

Users can also switch between the respective storage areas of the tablet and the dock and even share data from one to the other.

The PC Station also includes the faster 802.11ac wireless connectivity and Bluetooth 4.0 and it is all powered by the fourth generation Intel Core i5 processor with 4GB RAM and 500GB hard drive.

And because there’s a battery in each device you can enjoy up to 13 hours in Android mode and five hours in Windows 8 mode.

But it doesn’t end there. If the tablet is detached or being used by someone else, the dock can be connected to an external monitor via the micro HDMI port and used as a standalone Windows 8 desktop PC.

The ASUS Transformer Book Trio will be available in late November and will be priced at $1,599.