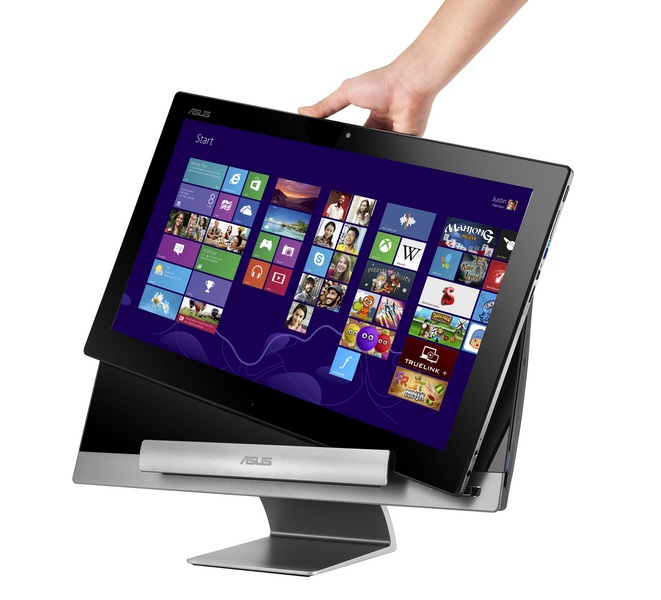 ASUS has released a versatile new desktop Windows 8 PC – the Transformer AiO – which is a standalone PC and a tablet as well thanks to its detachable screen.

At first glance the Transformer AiO (All in One) looks like every other desktop computer with an 18.4-inch screen, desktop stand, keyboard and mouse.

But, thanks to the handle built into the back of the ASUS Transformer AiO, the screen can be lifted off the stand to be used as a tablet.

And to add to the product’s versatility it’s also running the Android operating system as well when it’s in tablet mode.

Now the screen can be taken anywhere in the house and used to watch movies, play games or use any of the Android apps.

Meanwhile back at the desktop station, it’s possible to attach a separate monitor and continue to use the Transformer AiO as a Windows 8 PC so nobody misses out.

Onboard the desktop station is an Intel i5 or i7 processor to provide high-end PC performance for even the demanding applications.

On board the tablet is a powerful NVIDIA Tegra 3 quad-core processor as well.

Running Android 4.1, the screen has 10 point multi-touch so can be used to enjoy games, photos, movies and music by the entire family.

The tablet has a handle for easy transport around the home and a stand to allow users to rest it on a table for comfortable viewing.

And when it’s time to dock the screen you can recharge the internal battery which, on its own, can last up to 5 hours.

One thing you won’t find with the ASUS Transformer AiO is too many cables. There is a single cable connecting the device to power. Even the keyboard and mouse are wireless.

The ASUS Transformer AiO is available from Harvey Norman and priced from $1.999.