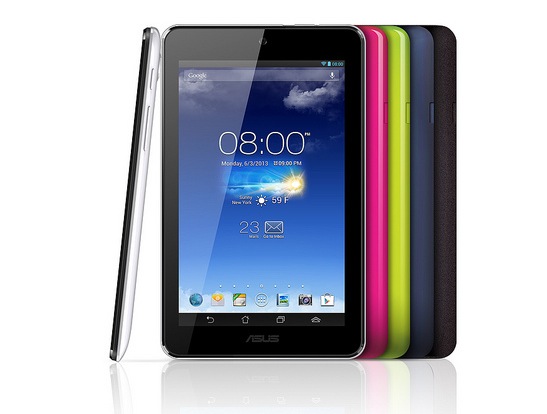 ASUS has released its latest offering in the tablet market – the MeMo Pad HD 7 -with a high definition screen and quad core processor for less than $200.

The 7-inch tablet has proven to be a popular category and ASUS’s competitively priced product is sure to attract some interest.

Priced at $199, the MeMo Pad HD is running the Android operating system with a 1280 x 800 resolution IPS (in-plane switching) display that means it is easily viewable at angles of up to 170 degrees.

Under the hood is a quad core processor as well as front (1.3-megapixel) and rear (5-megapixel) cameras that can also capture 720p video.

The device is 10.7mm thick and tips the scales at a lightweight 320g.

The MeMo Pad 7 also has quality stereo speakers onboard which have been enhanced by the ASUS SonicMaster technology for superior audio quality.

There is 16GB of built-in storage on the device along with a microSD card to allow users to easily expand the memory.

Customers who buy the ASUS MeMo Pad7 will also receive a complimentary 16GB of ASUS web storage for 12 months.

The device’s rechargeable lithium polymer battery can last up to 10 hours on a full charge even with heavy use including constant video playback.

The ASUS MeMo Pad 7 is available now for $199 and in your choice of five colours – blue, white, pink, green and grey.

Record and submit your tech audio questions with VoiceByte