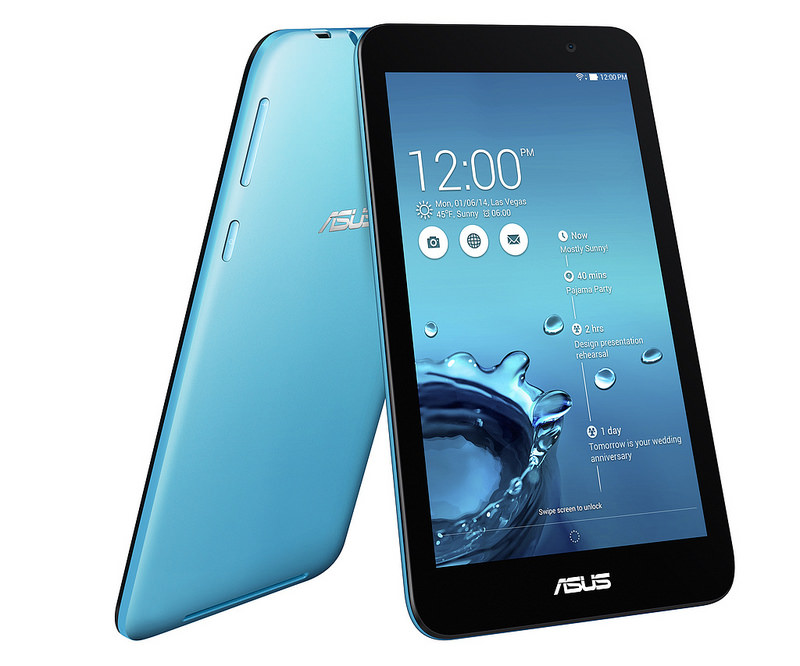 If you’re looking for a colourful and affordable Android tablet that offers impressive performance then take a look at the new ASUS Memo Pad 7.

The device has a 7-inch IPS (in-plane switching) display with a resolution of 1200 x 800 that can be viewed clearly at any angle.

The rear panel, available in five colours – black, yellow, blue, red and white – has rounded edges that make the device fit nicely in one hand.

The ASUS Memo Pad 7 is a good size for use as a browser, to view content and to read e-books.

It’s also large enough to watch movies and check emails on the move yet small enough to fit in a bag and even a large jacket pocket.

Under the hood is an Intel Atom quad-core 1.86Ghz processor with 1GB RAM so performance is impressive for a device in this price range.

But keep in mind this is a tablet designed for casual use rather than being a workhorse.

The Memo Pad 7 is running Android’s 4.4.2 KitKat operating system but does come with the ASUS Zen user interface.

For first time Android users this UI (user interface) does make navigating the device even easier.

Zen also comes with some handy productivity features including What’s Next to remind you about what’s on your to-do list and Do It Later to prioritise your tasks and return missed called and reply to emails and messages.

Sharing content is also made simple with the Share Link which offers a step-by-step process of selecting the file and the device to share it with.

The Memo Pad also does a good job at creating access to multiple cloud storage services like Dropbox, Google Drive and Microsoft’s One Drive from a single place with Open Cloud.

Battery life was another big tick for the Memo Pad with nine hours of regular use between charges.

Onboard memory is 16GB but an easily accessible microSD card slot allows users to expand the memory by another 64GB.

The ASUS Memo Pad 7 is an affordable Android tablet that can meet the needs of users with handy features and solid performance.