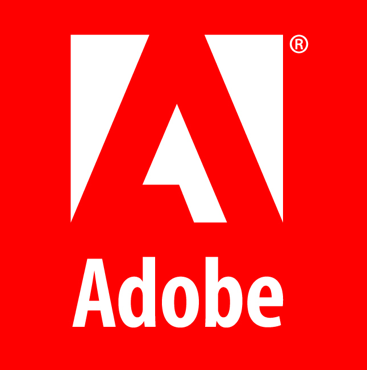 The Master Collection, which includes the latest versions of Photoshop, Illustrator, InDesign, Premiere and Dreamweaver, is an impressive suite of creative tools that has seen a radical upgrade with this latest 2012 version.

Performance has seen a major improvement across the entire range of applications.

The streamlined operation will be a welcome change for users who spend entire days and weeks at a time working on their projects.

But apart from the updated software package itself, the other big announcement is the way users can now access it with a new Creative Cloud membership.

The monthly subscription offering allows users to access all of the programs contained within the large Adobe Creative Suite 6 for $94.99 a month or $62.99 a month on a yearly contract.

The attraction of the Creative Cloud membership is it takes away that initial purchase cost and spreads it out for as long as you want to stay subscribed.

And just like the boxed version of Creative Suite 6, Creative Cloud members gets access to all 14 applications which are now 64-bit native for both Mac and Windows PCs.

The Adobe subscription also entitles the users to all of the Adobe Touch iPad and Android apps as well.

For creative professionals, Adobe Creative Suite 6 is a powerful package to take an idea all the way to production.

Producing publications to be viewed on a tablet has been a challenge for publishers but the Adobe Creative Suite 6 Master Collection has been optimised to make that process even easier.

Adobe views the sudden rise in tablet use as an opportunity rather than a threat and range of Touch Apps is clear proof of this.

Ideas can come from anywhere and, with tablets becoming part of a creative professional’s tool kit, the Touch Apps can now become their sketch pad.

Creative Cloud members can then seamlessly sync these files to the cloud and access them from their desktop applications and continue the workflow.

The improvements of the applications of the desktop versions are numerous. Here are some of the main new features.

* 62 per cent more features since the last Photoshop update two years ago with 65 user-inspired enhancements.

* Precise cropping with overlay guides and custom presets to allow users to change the format of their images faster and non destructively.

* Improved auto corrections with built-in intelligence to enhance your images in a single step. This is thanks to improved Auto options which are content aware when it comes to curves, levels, brightness and contrast.

* Background save and recovery so your edits are automatically saved without interrupting your workflow.

* Efficient and flexible interface which no has fewer steps to accomplish daily and repetitive tasks. The panel now has expandable colour sampling areas.

* Adjustable user interface brightness so you can set your canvas to white or grey or any other colour that puts all of your visual focus on your project.

* Apply Liquid Page rule which shows how pages and objects adapt when a layout changes, for example, when a page of a tablet publication is changed from landscape to portrait and vice versa.

* Link content so text and images and attributes like interactive behaviour stays consistent across pages or documents.

* Integrates with Adobe Tools to ensure sites work in all modern browsers.

* Sleek customisable user interface so users can focus on their creative work. Includes new project and monitor panels as well as a new audio mixer.

* Enhanced performance with improved Mercury Playback engine to smoothly play scrub through a multilayered and multiformat sequence including HD footage.

Adobe offers each of the 14 Creative Suite applications separately or in four suite packages.

Adobe Touch apps can be separately from iTunes App Store or the Google Play store for $10.49 each.

Adobe Creative Cloud membership is priced at $94.99 a month or $62.99 per month on an annual contract.