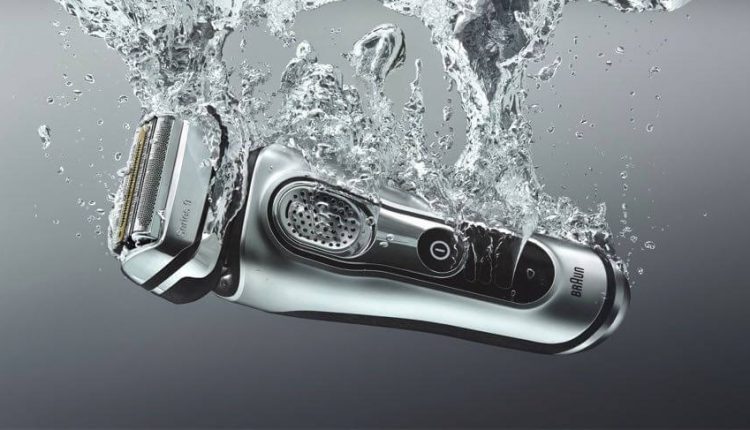 There’s a fair amount of technology packed into the new Braun Series 9 that the company is calling the world’s most efficient electric shaver that’s gentle on your skin as well.

The new Braun Series 9 is a linear shaver that is the result of years of research, development and engineering.

Its technology is designed to adapt to your face and the patented Intelligent SyncroSonic cutting system adjusts to your beard 160 times a minute to capture more hair in one stroke than any other shaver.

Also included is a new Titanium coated Hyperlift and Cut trimmer with a gold strip to reduce friction and provide a smoother shave with no skin irritation.

The SyncroSonic shaving head adjusts to the contours of your face with five elements working in harmony to lift and cut the hair on your face. 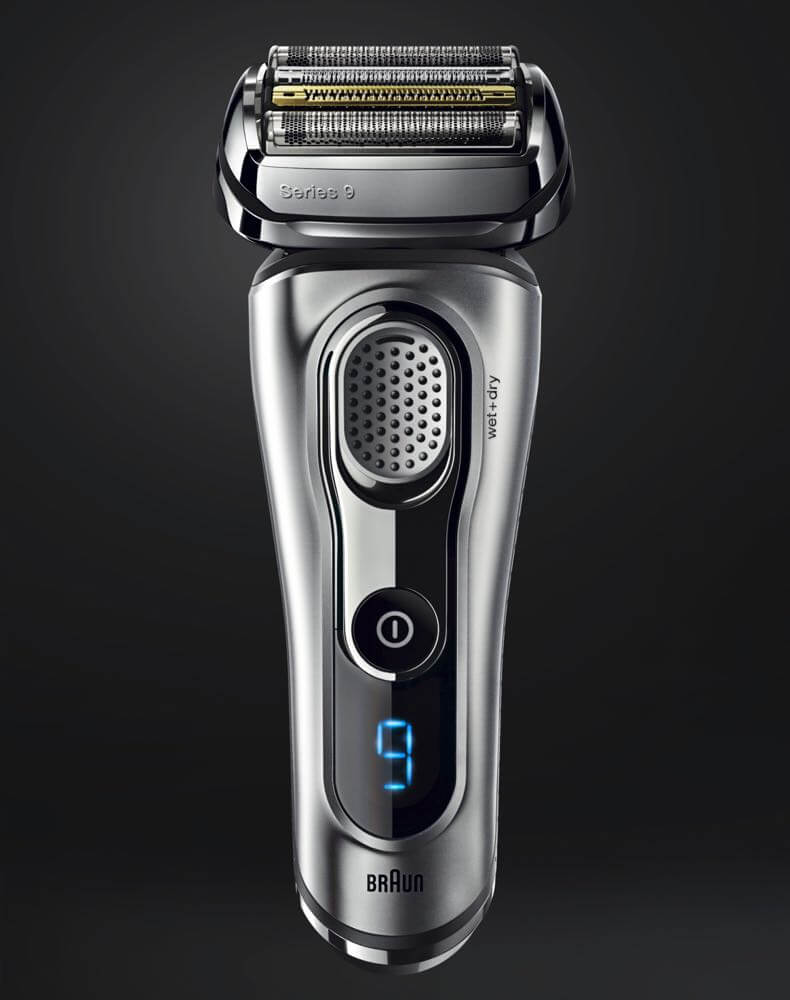 There are two centre blades – one with upright teeth to grab and cut hair that’s growing in different directions and the other is parallel to the skin to look after the flat lying hair.

And on top of that is Braun’s advanced OptiFoil cuts the hairs as close to the skin as possible.

We put the Braun Series 9 to the test on our beard which was about four days old so it was pretty thick. 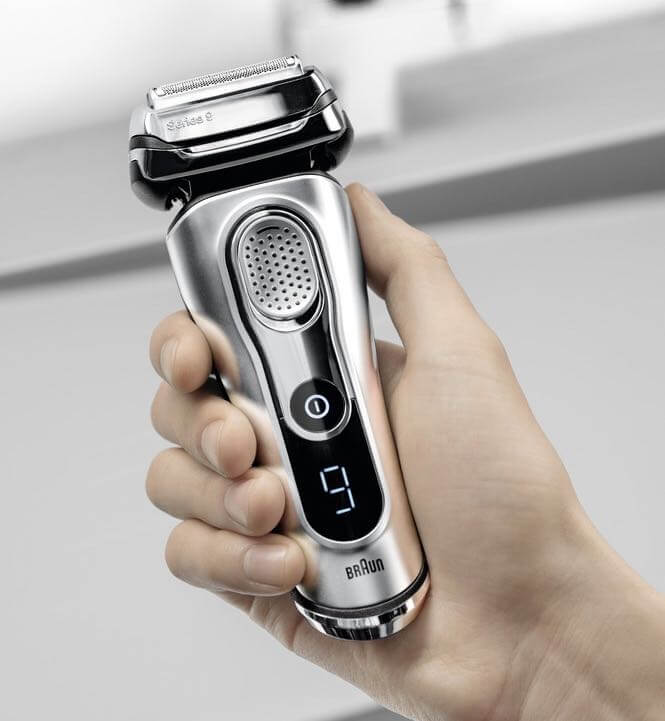 I usually shave with a razor and shaving oil so this time I decided I would stick to the oil which always gives me a good shave.

I was keen to try the shaving oil with the new Braun Series 9 which can be used wet or dry.

You can even use it in the shower if you like.

A single stroke top to bottom left a clear path on my face like a harvester in a corn field. 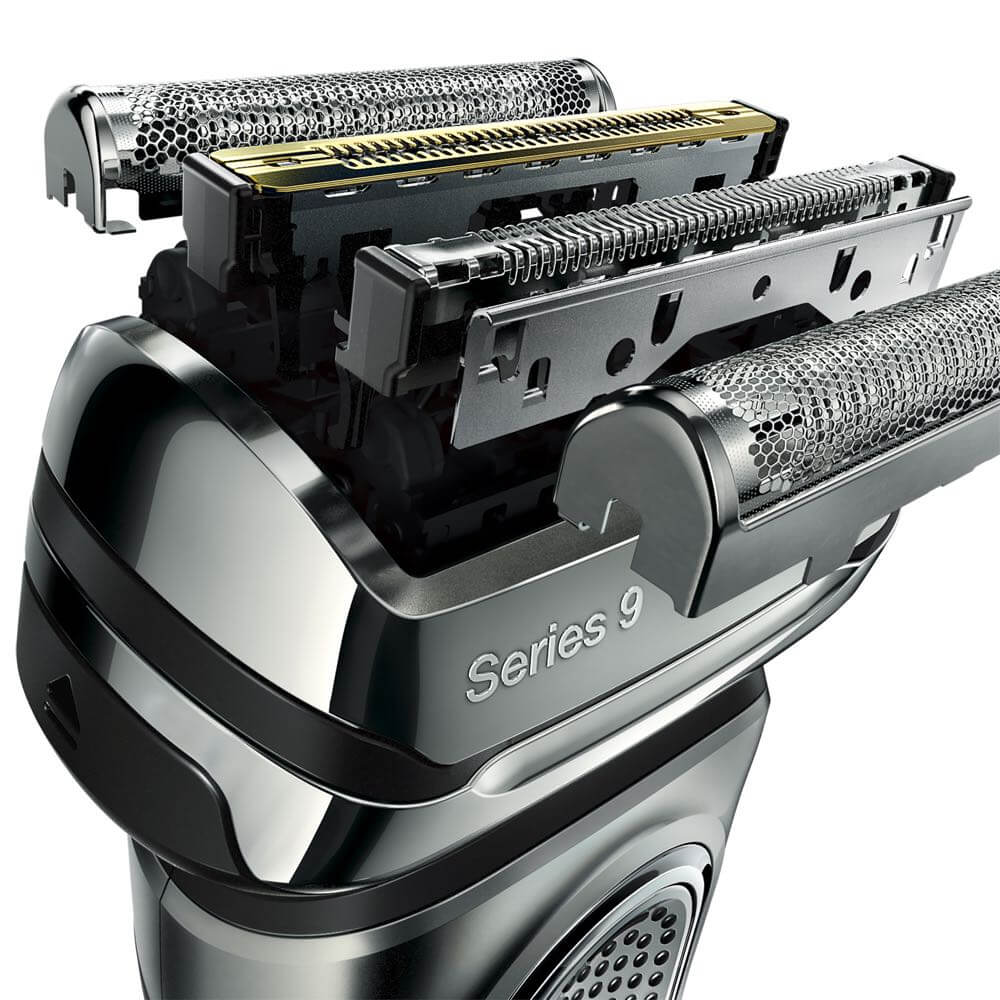 What I’ve found with other electric shavers was that it took quite a few strokes over the same area to cut all the hair – and that usually resulted in red irritated skin.

With the Braun Series 9 that wasn’t the case – it took two or three strokes before we moved on.

The device has a comfortable design that gives you a good grip while you’re shaving.

It was easily the best shave we’ve ever had with an electric shaver. 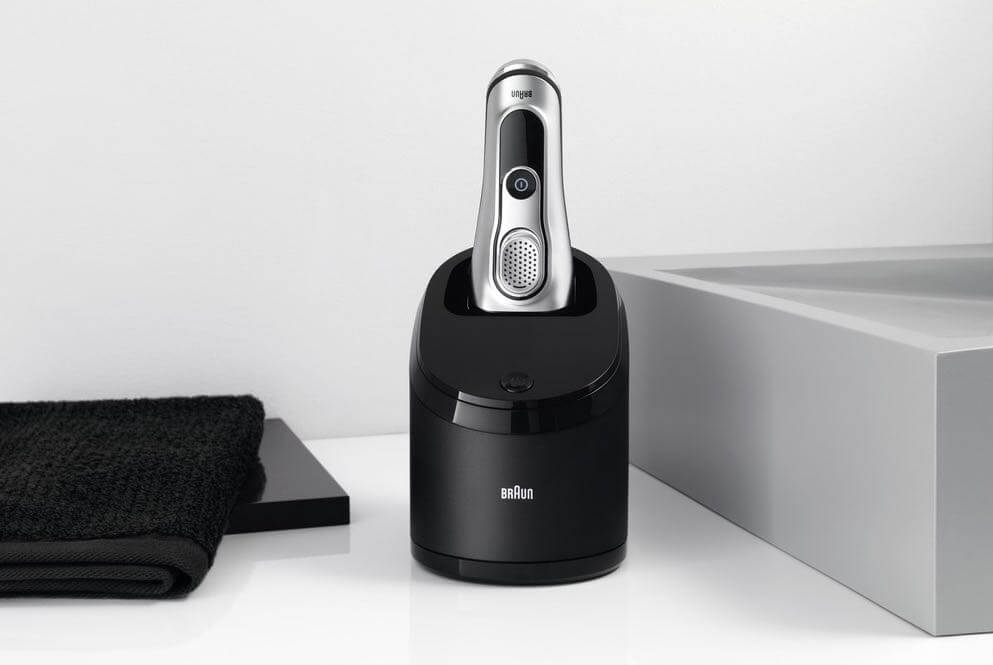 But for us it still took a lot longer than using a razor.

Others with thinner beards or without much growth will have better and faster results.

The aim for the Braun Series 9 is to provide a good result in a short time.

The faster we can shave the better it is. It’s not a task that you want to stretch out and enjoy like a hot bath.

And when you’re done there’s the Clean and Charge station which hygienically cleans the shaver and also keeps it lubricated and charged so it’s ready to go next time.

Braun has produced a fine product with the Series 9 shaver. Anyone interested in personal grooming and getting a close shave will not find a better option than the Braun Series 9.

PROS: Great design and engineering, comfortable grip, provides a close shave.
CONS: Takes longer than a shave with a razor, not for everyone, expensive.
VERDICT: Braun has produced a fine product with the Series 9 shaver. Anyone interested in personal grooming and getting a close shave will not find a better option than the Braun Series 9.