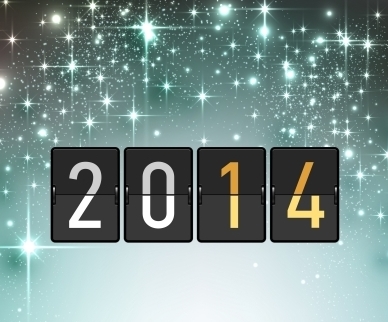 The official 2013 Sydney New Year’s Eve app, sponsored by Telstra, can send up to 50 text messages for you at midnight to ring in 2014 – for free.

The app will also help users find the best spots to view the fireworks as well as allowing users to have their message projected on the Sydney Harbour Bridge pylons.

And Telstra will also allow the app’s users to send up to 50 messages for free to your family and friends at the stroke of midnight no matter what mobile network they’re using.

You need to submit your texts before 6pm so that way you don’t have to worry about them at midnight and you can get on with enjoying the celebrations.

Many people will be see in 2014 using their smartphone with Australians set to set to send more than 150 million messages to loved ones.

Telstra expects its customers will crack the 100 million messages mark for the first time – an increase of 14 per cent over last year.

Over at Optus, it’s expecting customers will blast out 63 million text messages to greet the New Year and make 44 million mobile calls.

And data usage on New Year’s Day is anticipated by Optus to increase by 70 per cent compared to last year.

In fact, customers will use 265 terabytes of mobile data wishing friends and family a happy new year.

Telstra’s network will see 5.7 million picture messages exchanged – an increase of 54 per cent over 2012.

Monocle is a speaker, speakerphone and handset in one

Listen to episode 77 of the top-rating Tech Guide podcast