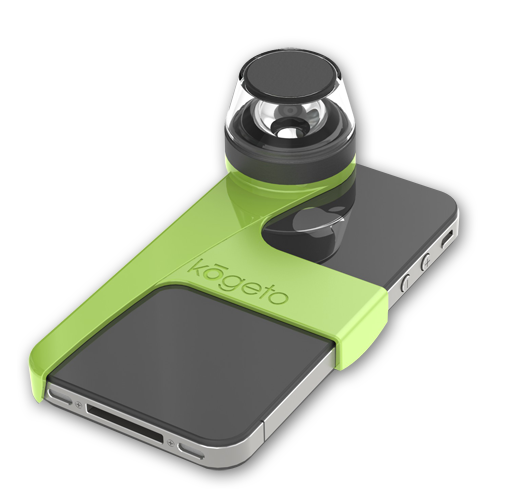 Kogeto has released an “appcessory” which allows iPhone users to shoot amazing 360 degree videos and share it with friends and family on social networks.

The Kogeto Dot is an attachment that snaps on to your iPhone 4 or iPhone 4S and positions its special catadioptric optical system exactly above the device’s camera.

With panoramic mode so popular on the latest digital cameras, the Dot can go one step further and turn that panoramic view into a 360 degree video.

It is ideal for capturing action or beautiful views and anything else you can think of.

Set up is easy. Once you’ve downloaded the free Looker app simply attach the Kogeto Dot to the iPhone.

Users can then calibrate the Dot so the lens is positioned precisely to capture their videos.

Then it’s time to use your imagination to get the most out of the Kogeto Dot.

Once your video is completed it can be viewed in 360 degrees by hitting the play button and then dragging the screen to the left or right to appreciate to entire circular view.