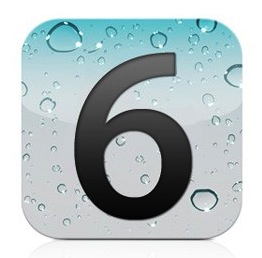 Apple’s new iOS6 mobile operating system is now available as a free upgrade to add new features and functionality to your iPhone, iPad and iPod Touch.

You can download the upgrade over the air on a wi-fi network or by connecting your device to iTunes on your computer.

There are several new features on iOS6. Here’s a look at what you can expect.

Google Maps is gone and it has been replaced by Apple’s own vector-based mapping app. It allows for turn-by-turn navigation and 3D view which offers a Flyover view of the map. And the good thing is the new map app remembers all of your old searches. Google other iPhone/iPad app YouTube has also been removed but a new dedicated YouTube app can be downloaded from the app store.

Users of the iPhone 4S, the iPhone 5 and the new iPad can now make FaceTime video calls over the 3G/4G network instead of being restricted to using just wi-fi. Calls over the cellular networks will now use data from your monthly allowance.

The voice-controlled digital assistant can now do even more including looking up sports scores, making movie recommendations and opening apps by name. Siri is only available with iPhone 4S, iPhone 5 and the new iPad.

Now it’s possible to share your favourite photos as you take them. Select the photos from the Photos app and hit Share and your friends on iOS6 and on iCloud can view the pictures on their device. Those not using an Apple product can still view the images on the web.

This brand new app can now put all of your virtual tickets in one place. Things like boarding passes, vouchers, movie and concert tickets, coupons and loyalty cards can now be easily accessed in Passbook.

There have been some enhancements to the Mail app including the ability to attach an image after the email has been started. Previously you had to email images from the Photos app. You can also set up a VIP list so you will never miss emails from selected people in your address book.

There are new calling features with iOS6 including a Do Not Disturb function which means users can choose when they want to accept calls and select people whose calls you will allow through. You can also reply to calls with a preset or custom message or set a reminder to call that person back.