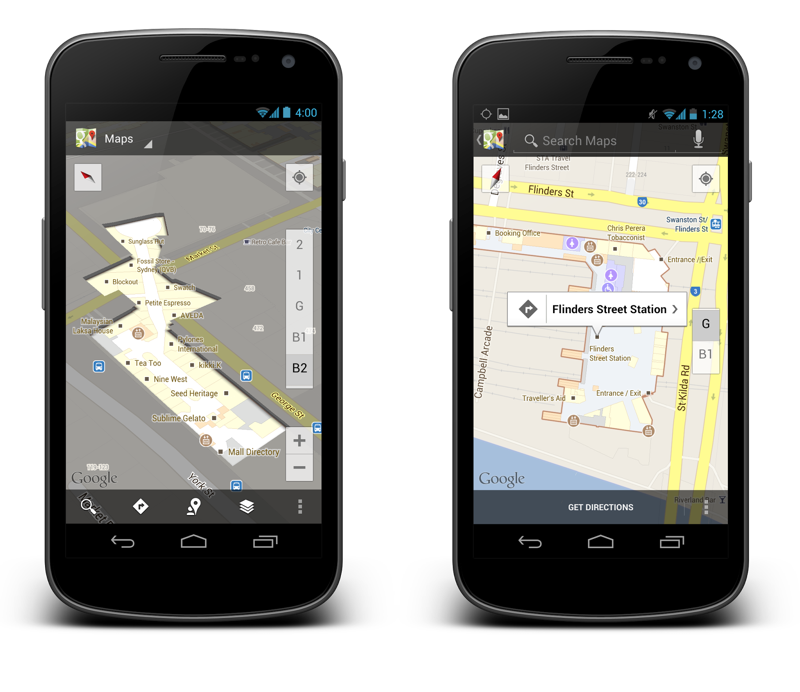 Google Maps is now going where it has never been before – indoors – with users now able to find their way around shopping centres, airports, train stations and sporting stadiums.

Indoor Google Maps is like having an indoor directory of more than 200 locations across NSW and Victoria.

A full list of Google Indoor Maps can be seen here.

And Google Maps will still be able to locate you inside these buildings by using either wi-fi or 3G/4G triangulation.

This will also include finding your way in a building with multiple levels.