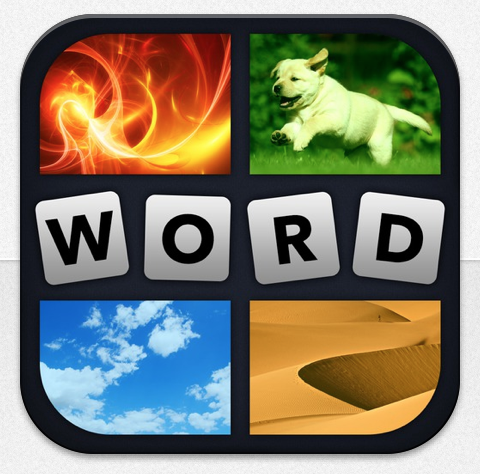 One app which has gone viral recently is the puzzle game 4 Pics 1 Word which asks players to guess a word that is used to describe four pictures.

The free app is available now for iPhone, iPad and Android devices.

A selection of letters is presented at the bottom of the screen to help steer players towards an answer.

Under the four pictures are spaces for the letters in the word which could be as short as three letters and as long as eight letters.

And while some answers for 4 Pics 1 Word are quite obvious there are quite a few which will test your knowledge.

You can’t skip words either, so if you can’t find the word you’re stuck.

As you progress through the game you earn coins for every right answer with these coins able to be used to buy clues.

These clues can be either letters taken away from the selection at the bottom of the screen or letters revealed in the word.

Since the 4 Pics 1 Word app has become so popular many players have crowd sourced their answers by posting the word they’re stuck on to their Facebook page.

There are also a number of sites that have sprung up to take the frustration out of the game like this one.