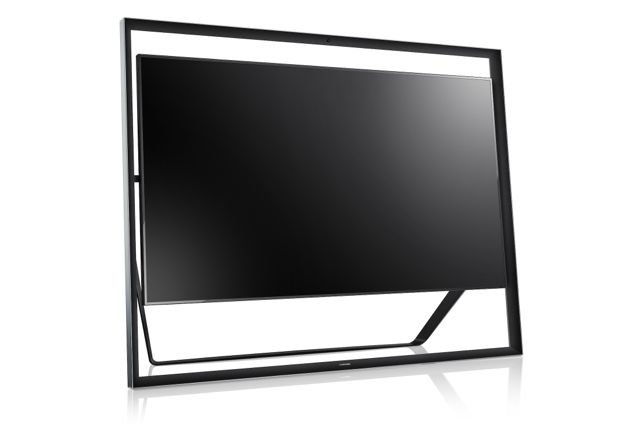 Samsung has unveiled a stunning 85-inch Ultra High Definition TV at the Consumer Electronics Show today along with an all-new way to interact with its range of smart TVs.

The latest Samsung smart TVs were given a design makeover as well as new-look Smart Hub for easier access to your content from within and outside your network.

The company’s press conference had a theme of discovery and how technology can help users find new content, extend their abilities and make life easier.

Samsung sold more than 66 million connected devices in Q3 last year – smart TVs, tablets, smartphones and computers – and have strong and improving market positions in each of these categories.

At Samsung’s CES press conference the standout product was undoubtedly the 85-inch Ultra High Definition 4K which sits on a gallery stand.

The gallery stand also has discrete built in speakers to provide high quality sound to go with the picture that has four times the resolution of full high definition.

And while there’s no doubting the wow factor of the new 85-inch Ultra High Definition TV, it will certainly come at a high cost with the panel expected to go on sale for around $US30, 000 later this year.

And not content to stop there, Samsung will also be displaying a 110-inch Ultra High Definition TV on its CES stand at the Las Vegas Convention Centre.

Samsung also unveiled its new flagship LED Smart TV – the F8000 – which will be available in sizes up to 75-inches.

The F8000 will the first Samsung TV to include a quad core processor to make it up to three times faster than the 2012 range.

But apart from the design tweaks on the panel, the F8000 and the rest of the Samsung smart TV range will also be able recommends programs and also respond to everyday language.

S Recommendation can search for TV programs and movies as well as apps and other content that’s stored locally and available on-demand or on the internet just by asking it.

“Consumers can ask the TV when the next must see movie is about to start; ask it to make a recommendation about what TV show they should watch; find out what’s on starring their favourite actor or actress; and even get a recommendation on great restaurants in their area.

“The S-Recommendation voice interaction technology can understand a question and speak back to the viewer (in an Australian accent of course) with the recommendation.”

The technology behind S Recommendation uses a search engine that can also offer content suggestions based on the shows you’ve been watching.

And the voice interaction is more like conversational speech rather than specific phrases and terms thanks a large data bank of words, phrases and idioms which have been developed by Samsung with the help of Macquarie University and the Macquarie Dictionary.

Smart View is another new feature that can take content and display it on the TV as well as working the other way to mirror TV content on smartphones and tablet devices.

The redesigned Smart Hub also lets viewers scroll through the on-screen pages which are now divided into specific forms of content like live TV, movies, apps, social media and photos and videos.

And while TVs were the star of the show at the Samsung CES press conference, there were a number of other products unveiled including the NX300 Smart Camera which can capture 2D and 3D pictures and videos, a 4G version of the Galaxy Note 10.1 and a new Series 7 and Series 9 laptops.