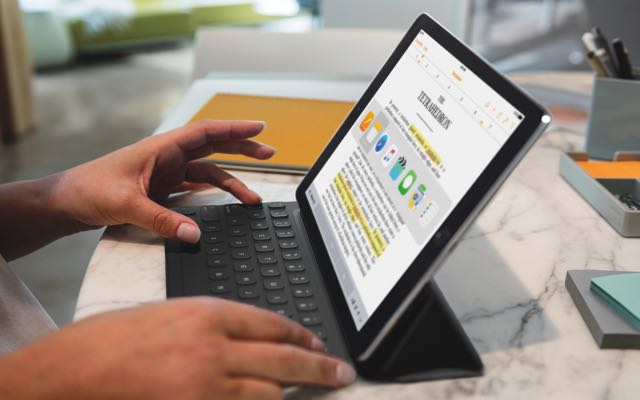 Tablets sales in Australia have bounced back thanks to the boom in high-end laptop replacement devices like the iPad Pro, Microsoft Surface Pro and the Samsung Galaxy Tab Pro S.

According to a new study by Telsyte, sales of tablet devices grew by four percent in Australia year-on-year with 1.59 million units purchased in the first half of 2016.

It is the first time the tablet market has shown signs of growth since 2014.

And the devices responsible for the surge are the powerful convertible products which can be used as tablets and also laptop replacements.

Products like Apple’s iPad Pro, Microsoft’s Surface Pro and Samsung’s Galaxy Tab Pro S have arrested the decline in the market which slumped following a collapse in sub-premium devices.

The top four manufacturers in 2016 are Apple, Samsung, Microsoft and Lenovo which account for 80 per cent of all units sold.

More than 20 per cent of devices sold have screens of 10-inches and above with Windows-based devices on track to overtake Android-based tablets within the next 18-months.

More than 15.1 million Australians now have access to a tablet device which equates to two-thirds of the population across all age groups.

Telsyte says the market is on track to crack 3.21 million units in Australia by the end of the year as customers replace older less functional tablets with the latest high-powered feature-packed devices.

Telsyte also predicts Apple, despite a decline in market share, will continue its dominance for the next two years as aging iPads are replace with iPad Pros.

Apple has a tremendous repeat purchase rate among customers of 80 per cent according to Telsyte research.

One in five users have tried to use their current tablet with a keyboard.

Of these, almost 75 per cent continue to use a keyboard regularly with their tablets.