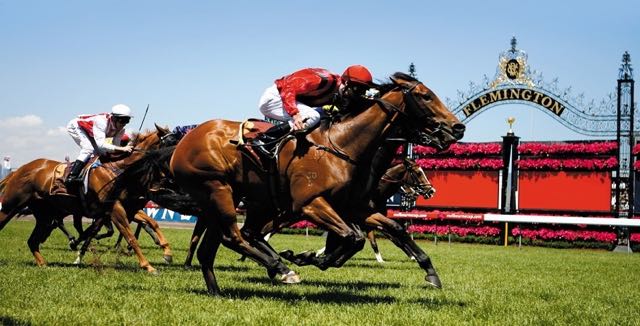 See who Bing has predicted to win the Melbourne Cup

It’s Melbourne Cup time – the race that stops a nation – so Microsoft has put Bing to work to predict the winner by analysing historical statistics, performances and other contributing factors.

Bing Predicts has also taken into account the expected track conditions which will be cross referenced with corresponding races the horses have run in similar conditions.

Also included in the assessment were web activities and social updates to strengthen the quality of the prediction while capturing other information like injuries, controversies and other changes that may affect the outcome.

So with all of that in mind. Bing Predicts has nominated the winner and placegetters all the way back to sixth.

According to Bing, the Melbourne Cup will go to Trip To Paris (12.7 per cent chance of winning), followed in second by The United States (11.5 per cent) and Preferment (9.8 per cent) in third.

Fourth place, if Bing Predicts is accurate, will go to Gai Waterhouse’s Excess Knowledge (9.6 per cent), fifth place to Our Ivanhowe (9.3 per cent) and sixth to Criterion (8.8 per cent).

This intelligent prediction tool has some form on the board as well.

Bing Predicts provided predictions for the Australian Football League with fans able to follow their favourite teams and had an accuracy of 76 per cent.

In the Rugby World Cup, Bing Predicts got 87 per cent of matches right while in the Cricket World Cup it got it right 83 per cent of the time.

It predicted Australia would win the finals and six out of seven knockout games.

If you’re looking to have a once a year flutter in the Melbourne Cup – these picks would definitely be worth a try.

Good luck – and be sure to bet with your head not over it.