Samsung Electronics has finally revealed the faults that forced the company to recall and eventually discontinue the flagship Galaxy Note7 smartphone during a global press conference in South Korea.

The problems were the result of not one battery issue but an issue with a second replacement battery as well.

This second battery had resolved the first issue only for another unrelated issue to be found.

DJ Koh – president of Samsung’s mobile communication business – kicked off the press conference and announced that more than three million Note7 handsets had been sold around the world before the issues occurred and the recall process began.

Since the first signs of the issue in early September, Samsung conducted its own exhaustive testing on both recalled damaged devices and other new units.

The company also called in three independent companies – UL, Exponent and TUV Rhineland – to conduct their own tests that looked at the affected and new units as well as the manufacturing and logistics involved with production. 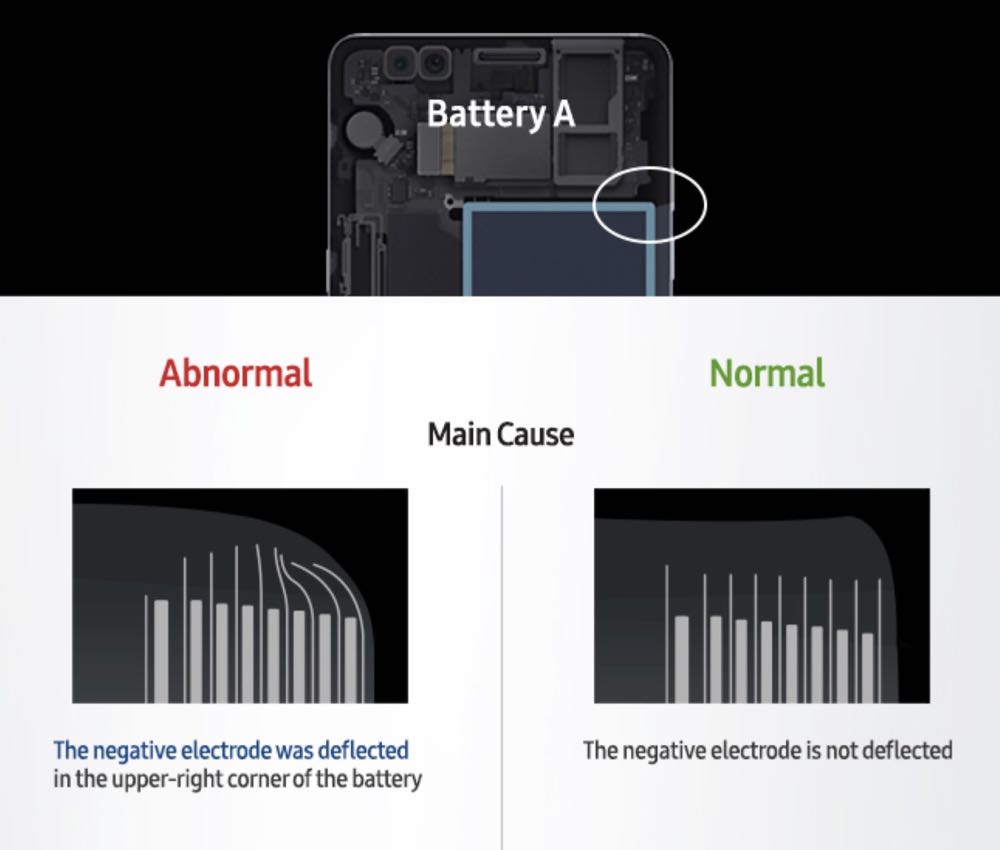 And the overall conclusion was that the fault was in not one, but two, battery designs.

The conclusion was the “jelly roll” construction of the first battery and the compromised separators between the cells caused an internal short circuit.

There was a similar pattern of deformation that was observed when the returned affected Note7 devices were torn down for assessment.

But when this issue was identified it was decided to fix this fault, redesign the battery and source it from a different factory in China.

The battery had the same specifications and requirements but, in an extraordinary turn of events, this cell (which had resolved the first issue) was found to have a weld defect that forced the welds into the positive electrode and caused the battery failure.

This internal short circuit was caused when the welding (which is only microns in size) pierced the insulation tape and separators between the cells. 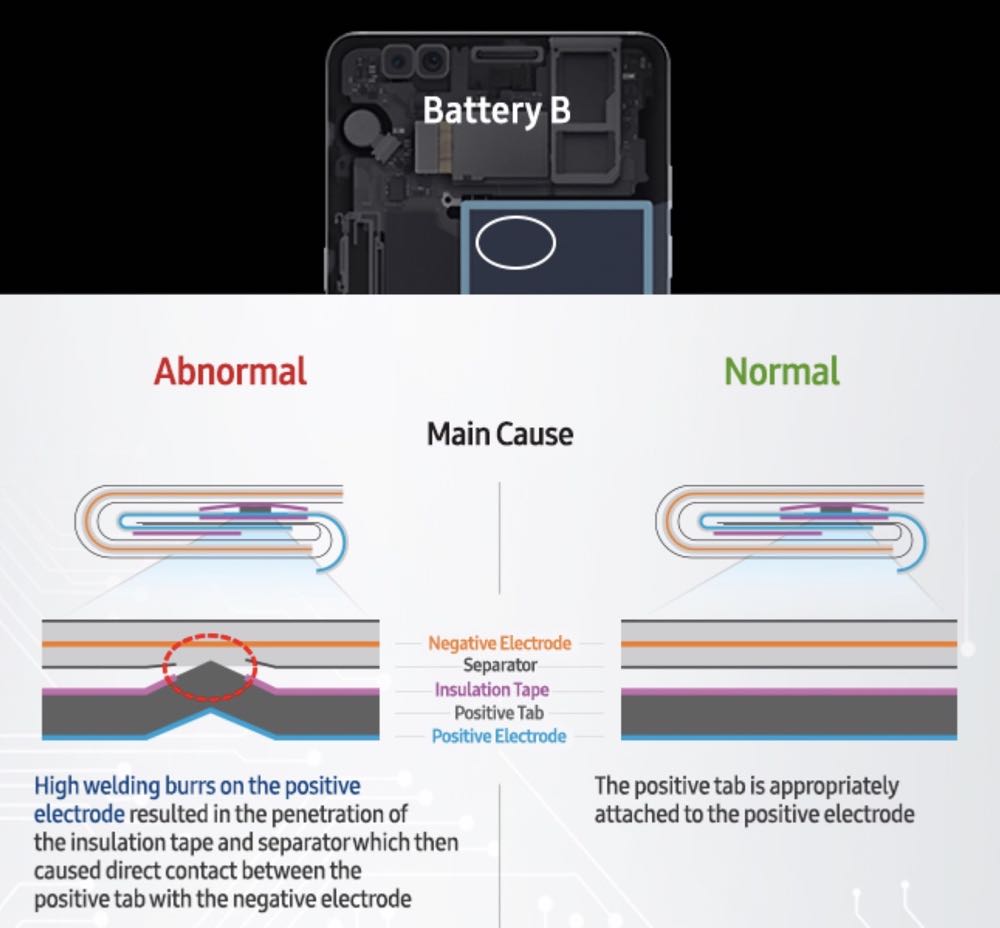 It was also concluded that the Note7’s internal circuitry was not at fault, nor was its internal battery management system which had exceeded regular industry requirements.

Samsung itself had spent months examining more than 200,000 Note7 devices to determine the cause of the problem along with more than 30,000 batteries in large scale charge and discharge tests.

The independent companies put the Note7 device and its battery through a number of tests to find out the cause of the issue including inspecting the manufacturing plants and replicating the transport of the batteries by road from the factory in China to Samsung’s assembly plant in Vietnam.

As a result of these studies and tests, Samsung will be taking a vastly different approach in the design and manufacturing of its future handsets. 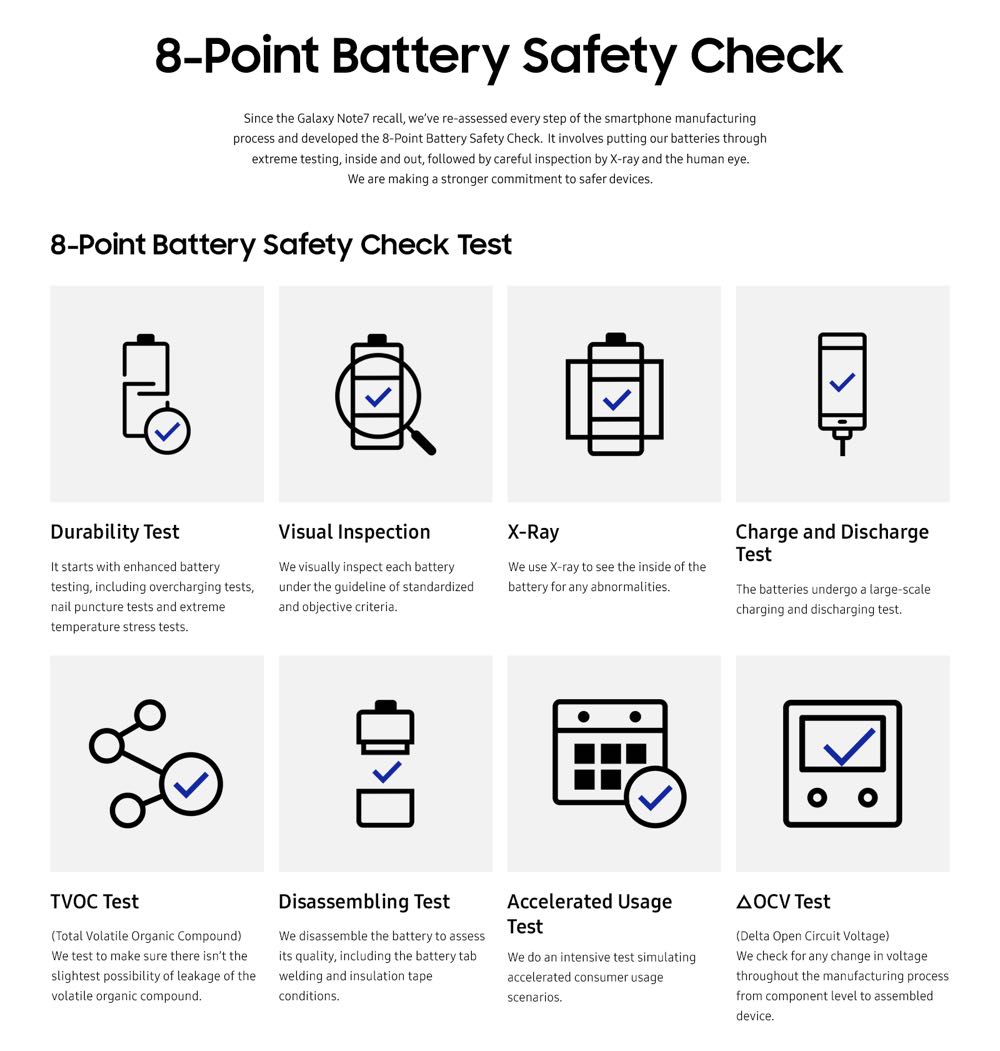 A broad range of internal processes will be introduced to ensure product quality and safety along with teams to focus on core components and to recruit external expertise.

An eight-point battery check will also be established which included x-ray inspections of cells before they are used in a Samsung device.

There will be an advisory group from research centres around the world to provide an objective view of device safety.

Samsung’s DJ Koh also mentioned allowing for more space around the batteries which could result in slighter thicker and wider smartphones in future.